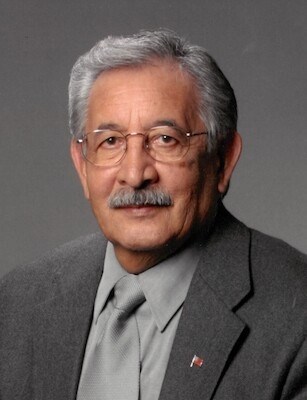 Adolph Flores Díaz, a Vietnam Veteran, passed peacefully on Wednesday, June 23, 2021, at his home in Shawnee Mission, Kansas with his beloved wife, Peggi, by his side. He was under the care of Kansas Palliative Care and Hospice. His 83 years of wit, wisdom and love for his family is in the story of his name: he was known by family and friends as Baby Dee, Chica, Luís Adolfo, Adolfo Flores Díaz, Adolph F. Díaz and Chico. But he had three names that meant the most to him: Honey, Daddy and Ablo. Adolfo was born to Enrique "Henry" Armendárez Díaz and Juana "Jennie" (Carreón Flores) Díaz Badley on December 20, 1937, in Deming, New Mexico. His older brother, Enrique Alonzo "Lonnie" Díaz, named him "Baby Dee," and the two brothers enjoyed many mischievous adventures in Deming, despite living across the street from St Ann's Catholic Church and next door to their grandparents. Baby Dee and Lonnie adored their younger sister, Carmen Ivone (Díaz) Baca.

Adolph served in the US Army as a Military Intelligence Officer, where "Chico" became the name most used for the rest of his life. For his actions in South Vietnam, he was awarded the Bronze Star Medal and South Vietnamese Gallantry Cross with Palm. After leaving the US Army after over sixteen years, he joined AAFES, and closed out his working career after 10 years with JobCorps in Kansas City.

Chico was an avid photographer, and his photos are greatly prized by his family - even though his need for the perfect shot often meant waiting - and waiting - for the perfect light. His family will always treasure his photographs of mid-century Deming and his loved ones because each photograph caught a moment that he enriched with his memories.

Chico is survived by his wife of 24 years, Peggi, of Shawnee Mission, Kansas; his

Being called "Honey" by Peggi and "Daddy" by his girls was as precious to him as when his oldest granddaughter, Devin Elena Paul, started calling him "Ablo," when she struggled to say "abuelo." Ablo is the name eight of his grandchildren call him: twins Natasha Carlota Tiffany and Nikita Lucía Tiffany; twins Elinor Cecília Tiffany and Cassandra Sofía Tiffany; Graham Lewis Turner-Díaz; Belén Carmen Turner-Díaz; and Heath Ashby Turner-Díaz. His love for Chloe Willett and Gi Gi Jeffrey (Evan) turned Chico into an even more precious name.

Chico's ten grandchildren , four nieces, and four nephews will greatly miss him. Although he once shared that he regretted not explaining the meaning behind an Aztec calendar to Heath, he underestimated how much his family treasures: from really good hugs (Belén); childhood stories (Cassandra); photography, art, football (Chloe); riding a bike (Devin); war stories (Elinor); El Chico Loco (Gi Gi); historia, feliz, y orgulloso (Graham); Ablo tacos (Heath); living room gatherings (Natasha); to dinner at his house (Nikita). Chico leaves a legacy of love and respect for family; while we may never hear "Babe" or "Reina" again , his love will be relayed for generations to come. His first great-grandchild will not have the opportunity to meet him in September, but we are sure that this

precious baby will give Ablo a new name.

A funeral service will begin at 10 a.m. Friday, July 2, 2021, at the R.L. Leintz Funeral Home in Leavenworth, Kansas. Burial with military honors will follow at Leavenworth National Cemetery. Donations in Chico's memory may be sent to the Kansas Palliative Care and Hospice; 6828 Silverheel Street; Shawnee, KS 66226. 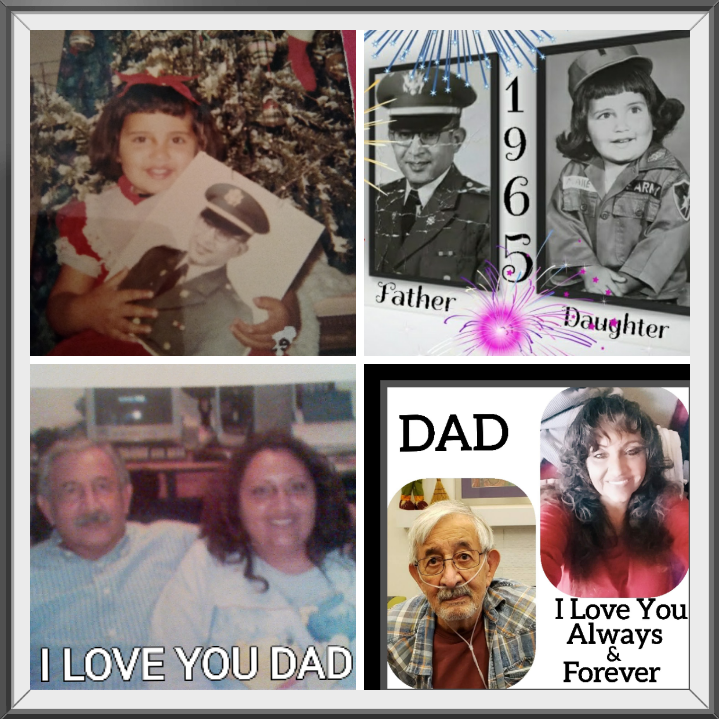