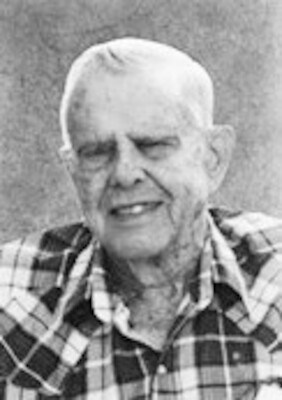 Deming - John Franklin Holmes was born on November 8, 1932 in Roxton, TX to Reuben Meredith and Harvey Lee (Vetter) Holmes. He passed away on June 6, 2021 in Joseph City, AZ. John moved to NM when he was 4 years old. He met the love of his life Jeanetta Laverne Hays in Deming, NM and they were married in November of 1952. He was a veteran of the Army of 2 years during the Korean War. He served his time in Anchorage, AK. He spent most of his life in Deming, NM. He worked for Public Service of NM, farmed for many years and retired from Columbus Electric Co-op. He spent his last days in his daughter's home. His last days was spent with his wife, children, grandchildren, and great-grandchildren. He was surrounded by his wife Laverne, his sons Lee Dale and James Holmes, his daughter Denise and husband Tim, his other daughter Brenda and 3 grandsons, Daniel Holmes, Tracy Poudrier and Bruce Weightman as he went to be with the Lord. He is survived by his wife Jeanetta Laverne (Hays) Holmes of Deming, NM, his children; Lee Dale (Jan) Holmes of Birchwood, TN, James Ernest (Sherri) Holmes of Lordsburg, NM, Lillian Denise (Tim) Poudrier of Joseph City, AZ and Brenda Lynette (Marshal) Bryant of Joseph City, AZ, 17 grandchildren and 17 great-grandchildren. He is preceded in death by his daughter Shirley Diane Holmes, his parents, brothers, sisters and a great grandchild. Pallbearers will be his grandsons: Cody Wilson, Dustin Holmes, Donny Holmes, Daniel Holmes, Tracy Poudrier, Troy Poudrier, John Weightman and Bruce Weightman. Honorary pallbearers will be his grandsons: Michael Holmes, Marshal Bryant Jr., Arron Bryant, Izaiah Bryant, Jonathan Bryant, William Bushman and Brent Couch.