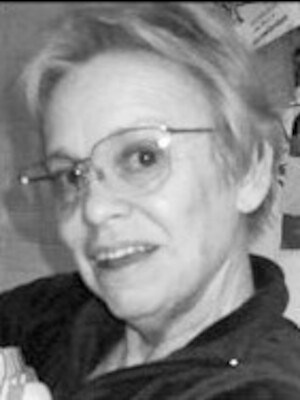 Sierra Vista - On June 5, 2021, at the age of 76, Mattie Lee (Brown) Stone of Sierra Vista, Arizona passed away. She was born in 1944 in Washington, D.C. to Robert "Bob" and Katharine "Kate" (Jundt) Brown, the second of five children. At the age of 7, Mattie and her family left the hustle and bustle of the city to live on a farm in Lewis Flats, where she attended school in a two-room schoolhouse. She graduated from Deming High School, and after earning a degree in English and Education from New Mexico State University, she had a brief teaching career. She later moved to El Paso where she found her calling as a social worker, providing services to the aged and disabled. She earned a master's degree in Social Work from the University of Texas at Austin while working full time, raising her daughter, and caring for her sick husband. Mattie was a tireless advocate for the vulnerable and the disadvantaged, whether they were her clients, employees, family, or friends. Even in retirement, she remained active in her advocacy with Eldercare for Life.

Mattie was a social worker to her core. She was always taking care of or helping someone. In retirement, she cared lovingly for her aging mother. She touched many lives in countless ways. She is referred to lovingly as Momma Mattie by those to whom she became a substitute mom during their troubled teens. She was forgiving and generous and always gave what she could, even if what she had was very little. She was a supporter of several charities.

Mattie had a quick wit and was a wonderful raconteur. She loved to sit around swapping stories and laughing with loved ones and with strangers. She always came off a long flight with a story about her seatmate. She loved to write. She joined a writer's circle and was writing her memoirs when she became ill. Her life was not always easy, but Mattie kept going and managed to keep both her faith and her sense of humor.

She is survived by her devoted husband John Stone, her daughter Lara (Raphael) Laufer and grandsons Zev and Micah. She also leaves behind her siblings Jerry Brown, Mary Bunts, Will Brown, and Margaret Madrid, and many beloved family members, including countless nieces, nephews, cousins, in laws, and others. She was widowed twice and preceded in death by her late husbands Roberto "Sonny" Carreon and Xavier Uzeta, her granddaughter Vanessa Martin-Stone, and her siblings Jacqueline Schultz, Robert Brown Jr., and Richard Brown.

Mattie was a longtime member of Jesus Chapel in El Paso and of Calvary Chapel in Sierra Vista.

We are grateful for the loving care provided by the staff at the Life Care Center of Sierra Vista.


Published by Deming Headlight from Jun. 9 to Jun. 11, 2021.
To plant trees in memory, please visit the Sympathy Store.
MEMORIAL EVENTS
To offer your sympathy during this difficult time, you can now have memorial trees planted in a National Forest in memory of your loved one.
MAKE A DONATION
MEMORIES & CONDOLENCES
Sponsored by DemingHeadlight.com.
1 Entry
Oh, how well I remember Mattie! My heart goes out to her family; what a great loss! I rode the school bus with Mattie and went to Lewis Flats with her and her siblings. She was witty even at that young age, vivacious and engaged with everyone. I liked and admired her. I'm so sorry she is not with us any longer but I know she is making people smile and helping others in the afterlife. God bless the memory of this delightful lady.
Joyce Norman
Friend
June 17, 2021
Showing 1 - 1 of 1 results