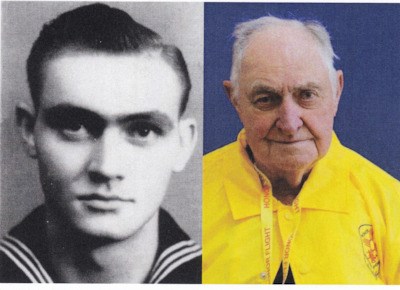 Deming - Robert Eugene Schiffner was born in Hillsboro Kansas November 15, 1927 to Jacob Schiffner and Maria Yalk. Robert passed away on June 6, 2021 of a massive heart attack at the age of 93 and was the last of ten children to pass. He is preceded in death by both parents Jaco and Maria and siblings, Ida Scheleske, Henry Schiffner, Alvina Black, Emma McNeal, Art Schiffner, Ed Schiffner, Lorene Quinton, Elsie Noland, Wilma Wiggins. He met the love of his life Susan in Tempe Arizona at the municipal golf course where he fell in love with her swing. They married in 1982 and moved to Deming where they have lived for the last 35 years. Robert had a fascinating life, he had a very high IQ, and was an avid reader and only read what was educational to him, all the rest was garbage. He served in the Navy during World War II and the Korean War. When he left the service, he worked for TWA over hauling engines. He had a love for airplanes and wanted to fly commercial but was at that time too tall so he settled for his private license and had his own plane. He realized flying couldn't be his career so he studied and became a mechanical engineer where he worked on his own and ended up doing patent development along with being a golf pro. He could figure out how to make anything out of metal or wood, first he would think on it, build it and then draw it. That always puzzled me. In 2019 Robert and I went of the Honor Flight which was the thrill of a lifetime. Robert was presented with the "Metal of Peace" from the Brigadier General of Korea for his part he played in the Korean War. You were always my rock, you taught me how to be self-sufficient and survive. He was survived by his wife Susan, niece Deloris Robinson, other nieces and nephews, Susan's two boys Robert Elster and wife Barb, Tom Elster and friend Becky, grandsons Dalton and Mason, granddaughter Katie and husband Kyle Kridler, great granddaughter Adalynn and her sister not yet here. It is the families request that in lieu of flowers donations be made to the Wounded Warrior Foundation. Arrangements are with Terrazas Funeral Chapels & Crematory "Trusted care for the ones you love" ~ 575-546-0070. To send your condolences, visit www.terrazasfuneralchapel.com

Published by Deming Headlight from Jun. 16 to Jun. 18, 2021.
To plant trees in memory, please visit the Sympathy Store.
MEMORIAL EVENTS
To offer your sympathy during this difficult time, you can now have memorial trees planted in a National Forest in memory of your loved one.
Funeral services provided by:
Terrazas Funeral Chapels - Deming
MAKE A DONATION
Please consider a donation as requested by the family.
MEMORIES & CONDOLENCES
Sponsored by DemingHeadlight.com.
0 Entries
Be the first to post a memory or condolences.