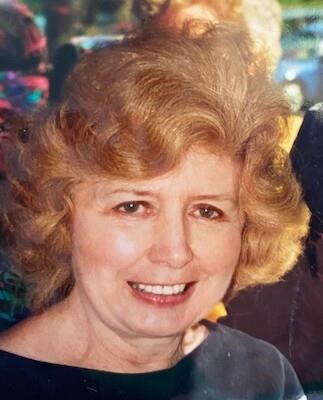 East Rochester - in Naples, FL on October 7, 2020, where she had resided for the previous 5 years. Peacefully, after a brief illness. She would have been 91 years old on October 27, 2020. The daughter of Julius P. & Marion I. Marx, she was predeceased by her first husband, Mark D. Harloff, Jr., her second husband, Donald Moore, and her grandson, Brandon Harloff. She is survived by 2 sons Mark D. (Michelle) Harloff III of Divide, CO & James D. (Wendy O'Brien) Harloff of Victor, NY; grandchildren, Sean & Cobie Harloff and Siobhan & Garrett Harloff.

Evelyn grew up in Rochester and graduated from Madison High School. She received her BA in Journalism from Keuka College in 1951, earned 2 Master's Degrees, one from Nazareth College in Art Education in 1968 and one from the University of Rochester in School Administration & Supervision in 1978. Evelyn had a long art teaching career in the Rochester City School District and retired from the district as the Assistant Art Administrator in 1985. She was a member of the National Art Education Association and the The New York State Art Teachers Association. She married Mark D. Harloff, Jr. in 1953 and together they founded and operated the Harloff Funeral Home in East Rochester in 1955. In 1981 they expanded the funeral home operation to include the Harloff-Cotton Funeral Home in Victor, NY. After Mark passed away in 1997, she married Donald Moore and continued to live in East Rochester until his passing in 2007, and thereafter she moved to Macedon in 2008. Evelyn was active for many years in Boy Scouts of America as a Cub Scout Den Mother, the East Rochester PTA (where she was a Past President), The East Rochester Library Board, the East Rochester Council of Churches (she was a longtime member of the First Baptist Church of East Rochester), The East Rochester College Club and the East Rochester Senior Citizens.

As previously announced in her death notice/obituary at the time of her passing back in October 2020, a Memorial Visitation Gathering has been scheduled by her sons for FRIDAY July 23rd at 11am with a Memorial Service to follow at 12:15pm at The HARLOFF Funeral Home 803 South Washington Street in East Rochester. Now that we are finally achieving a level of secure feeling past the Pandemic, Mark & Jim sincerely hope that all that wish to, will feel comfortable with attending. As per Evelyn's wishes, she was cremated and her cremains will be buried with her husband, Mark, in Boughton Hill Cemetery in Victor in a private ceremony. If you would like to make a contribution in her memory, her sons ask you to consider directing it to Lollypop Farm (The Rochester Humane Society), 99 Victor Road, Fairport, NY 14450.

Published by Rochester Democrat And Chronicle from Oct. 9, 2020 to Jul. 11, 2021.
To plant trees in memory, please visit the Sympathy Store.
MEMORIAL EVENTS
To offer your sympathy during this difficult time, you can now have memorial trees planted in a National Forest in memory of your loved one.
Funeral services provided by:
Harloff Funeral Home - East Rochester
MAKE A DONATION
MEMORIES & CONDOLENCES
Sponsored by Harloff Funeral Home - East Rochester.
5 Entries
Dear Mark and Jim,

I’m sorry to hear your mom passed. She was a great lady in everything she did. I remember when she went to Europe with mom.

Jim Thompson
November 26, 2020
Our thoughts are with Evelyn's family and friends at this sad time.
Lollypop Farm
Friend
October 20, 2020
This amazing woman was a force in my art teaching profession. Every thing she said and did was high quality. Her precise way of speaking brought clarity to making art with children. Her visits to my art rooms were a joy for me. She showed her beauty always....I miss this classy woman!
Mary Jean Lambiase
October 18, 2020
Jim , Mark & Family, my mom always liked your mom---thought she was the nicest lady. I remember committing on the picture that hung in the funeral home of you 2 and the older lady------she asked how I knew it was you guys---I told her--I went to school with Jim ! Sorry for your loss of one so dear to your hearts
Linda Forbes
October 11, 2020
Dear Mark and Jim,
Please accept my deepest sympathy for the loss of your Mom. I fondly remember her and her beautiful smile.My thoughts and prayers are with you and my hope is that your memories of Mom bring you comfort.May she rest in peace.
Sincerely,
Linda Dianetti Alongi
Linda May Alongi
Friend
October 11, 2020
Showing 1 - 5 of 5 results