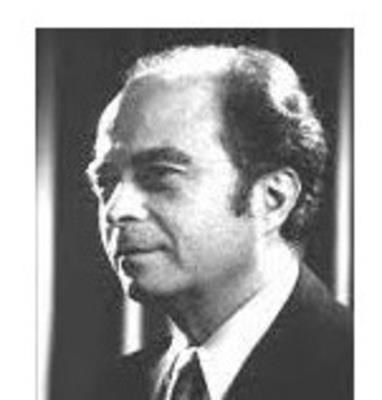 Rochester: Pianist Fernando Laires passed away on September 9, 2016. A native of Portugal, he graduated with the highest honors in piano performance at the National Conservatory in Lisbon. Post graduate studies were with Isidor Philipp and Alfred Cortot. Fernando was the winner of the Beethoven Medal and the Harriet Cohen International Music Award for his performance of the 32 Beethoven Sonatas at age 19, the youngest pianist who had ever accomplished this challenge.

His performing career spanned four continents. He gave solo recitals in major European capitals, such as London, Paris, Lisbon, and Vienna and appeared as soloist with the Vienna Symphony and the Lisbon Philharmonic among others. He concertized throughout China, Canada, the United States and South America. While living in Portugal, he was invited by the U.S. Department of Health, Education, and Welfare to observe music teaching at major schools throughout the United States.

One of his special interests was furthering the interest in Portuguese music. He served as artistic director for the production of 20 records of contemporary Portuguese music under a grant from the Calouste Gulbenkian Foundation and was co-founder and director of the Pro-Arte Concert Society, an organization dedicated to programing Portuguese music and artists. In 1982, he was decorated by the Portuguese government with the rank of Commander of the Order of Prince Henry the Navigator for his distinguished services to music.

He was a faculty member of the National Conservatory in Lisbon, the University of Texas, Chair of the Piano Faculty and Artist in Residence at the Interlochen Arts Academy and also served on the piano faculty of the Peabody Conservatory in Baltimore while also teaching at Catholic University. His last appointment was at the Eastman School of Music. He was a jury member for many national and international piano competitions, including the Van Cliburn Competition, the Tchaikowsky Competition in Russia, the Casa Grande Competition and many others. He also was the Founder and Director of the University of Maryland Piano Festival and Competition.

As co-founder of the American Liszt Society, he brought a new understanding of the music of this major composer, whose music had suffered as being "too flashy." Today, Liszt's music appears regularly on concert programs.

He will be greatly missed by his wife, Nelita True, daughters Suzanne, Barbara, Jennifer and their families. They will miss having this extraordinary man in their lives.


Published by Rochester Democrat And Chronicle on Sep. 11, 2016.
To plant trees in memory, please visit the Sympathy Store.
MEMORIAL EVENTS
To offer your sympathy during this difficult time, you can now have memorial trees planted in a National Forest in memory of your loved one.
MAKE A DONATION
MEMORIES & CONDOLENCES
14 Entries
More than a teatcher. A Great friend. Thanks for all you gave me.
Jorge Pinto
Student
September 3, 2017 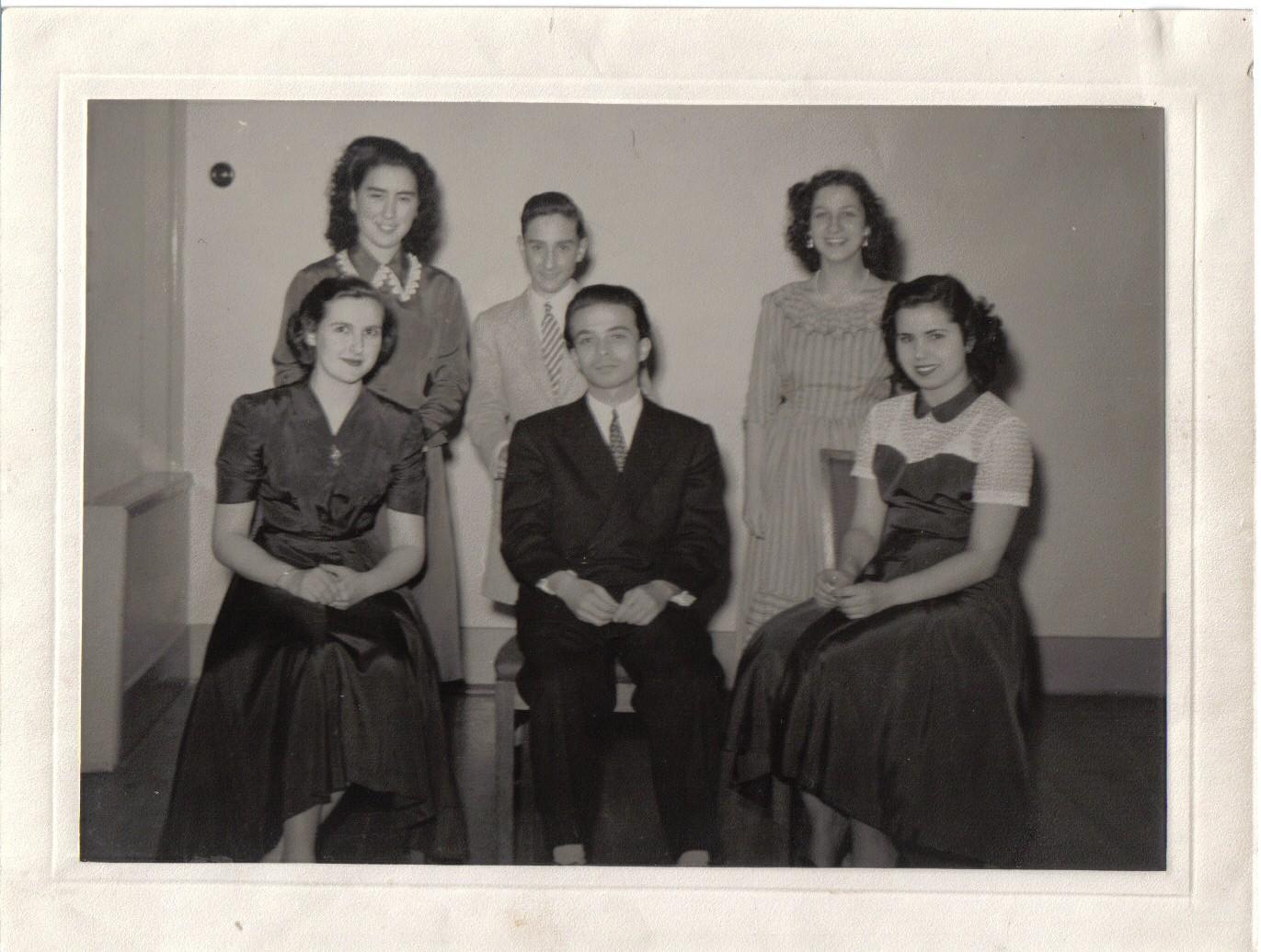 Jorge Pinto
March 21, 2017
Dear Mr. Laries,
Thank you from the bottom of my heart for the help and support you gave me when I studied with you at Peabody. You made it possible for me to study there, and my experience at Peabody changed my life. I'll forever be grateful for you, and I'm sending you my prayers for a smooth transition....You were always a kind and caring gentleman!
Noel Gould
October 24, 2016
Lavonna and I fondly remember Fernando from his days in Oklahoma as artist in residence at Oklahoma College for Women, and later at the International Workshops.
He was dear, kind and illuminating! We wish you peace and comfort as you adjust in the days ahead. We feel blessed to have known him and you, Nelita.
Prayers and thanks for the blessings of his life and talents!
Leon Whitesell
October 12, 2016
Dear Nelita,

You and your family are in my thoughts and prayers. The devoted partnership you had with Fernando is an inspiration to all who know you. I hope you find solace and serenity in the days to come.
Robin McCabe
September 27, 2016
I have just found out and am deeply saddened. Fernando Laires was my piano teacher and mentor when I was majoring in piano at Peabody Conservatory of Music in Baltimore (today, Johns Hopkins University. He always believed in me even when I didn't. I remember when he took me out to "The Buttery" for hamburgers, to tell me about yoga, and how it might be a good thing for me. He was proud of my accomplishments as an accompanist, and he brought me to China for two tours. What a great and noble man. I am proud and grateful to have had Fernando Laires as one of my piano teachers. May he rest in peace (no more practicing!). My deep condolences to Nelita, his daughters with families.
Oresta Cybriwsky
September 23, 2016
Fernando's presence and energy was a living history in music making and life-style for the Eastman community that was cherished by all. End of an era and of a more spacious and gentler time. We salute and honor him.
Rebecca Penneys
September 20, 2016
Dear Nelita, Your family is in our thoughts and prayers. Our sympathies to you all. Ann Guest, Furman University, Greenville, SC
September 12, 2016
Mr. Laires was a kind and generous teacher whose interest in his students continued beyond their graduation. He opened doors for my continued study after my years at Peabody and remained dedicated to my growth and achievements. His constant and enthusiastic support was always deeply appreciated. I send my condolences to his entire family.
Raj Bhimani
September 12, 2016
Fernando invited me to join the American Liszt Society after my book The Piano Master Classes of Hans von Bülow was published. I did, and he invited me to lecture at the 1995 (6?) ALS Festival at Eastman. It began my 2-decade association with ALS that has brought me many new friends and wonderful musical experiences. His spirit of kindness and inclusivity brought joy to many, including my wife Paula and me. For this we are thankful.
Richard Zimdars
September 12, 2016
I always enjoying seeing Fernando at International Institutes and learning from him. His insights have stayed with me throughout my own teaching. His words live on in my students' performances.
Elizabeth Everitt
September 12, 2016
R.I.P., with condolences to those he left behind, as well as profound appreciation for his many musical contributions.
September 12, 2016
I remember hearing Mr. Laires in concert at Goshen College during which he performed a stunning rendition of Beethoven's Pathetique Sonata. Afterward, I greeted him and asked him how he handled the left hand with such ease. His reply: "I just wiggle!" My sympathies to Nelita and family.

Arlene Steffen
Arlene Steffen
September 11, 2016
I had the pleasure of waiting on Mr. Laires many times when I worked at East Avenue Wegmans (1995-2004), and kept in touch at the holidays for several years after I left the Rochester area. Little did I know that this cheerful and humble man had such an extraordinary history. Sincere sympathies to the entire Laires family.
Mary Faro
September 11, 2016
Showing 1 - 14 of 14 results