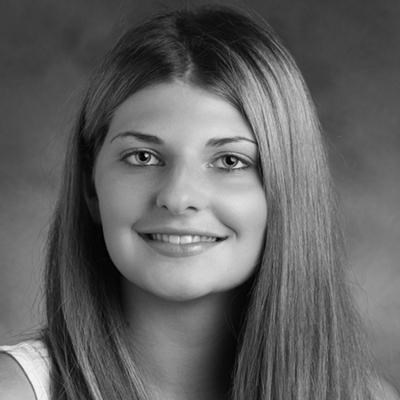 Fairport: Hannah Melissa Metzler, 17, of Fairport, New York, passed away on March 27, 2014 after a long battle with brain cancer. A memorial service will be held later this spring in Fairport, NY. Arrangements are being handled by Keenan's Funeral Home.

Hannah was born in Hinsdale. IL on September 15, 1996. She attended Montessori and Wilson elementary schools in Owatonna, MN. Upon moving to New York, she attended Brooks Hill Elementary, Martha Brown Middle School, Minerva Deland 9th Grade Academy, and Fairport High School where she was a member of the class of 2015.

Hannah was a sweet and caring young woman who was always up for adventure. Hannah enjoyed many activities including participating in the Brooks Hill Odyssey of the Mind state finals team, Girl Scouts, performing in musicals, singing in choir, volunteering at Camp Smile, playing goalie on the field hockey team, and helping coach younger players. Throughout her life, Hannah cared for others and made friends wherever she went. After her cancer diagnosis, as others reached out to help her, Hannah redirected that attention to helping others by holding a Crush Cancer Concert in April 2013, raising proceeds for cancer-related causes while still in the midst of her own struggle and treatments. In her waning weeks, she was planning her second concert and insisted that it happen with or without her. The second Crush Cancer Concert will be held on April 19, 2014 at Fairport High School.

Hannah is survived by her brother Luke, her parents, Nancy and Michael, grandparents Mary and Michael West of Akron, Ohio and Donna Metzler of Chicago, IL, as well as numerous loving aunts, uncles, cousins and many friends.

Hannah's journey has been documented online at Caringbridge.org. Search Hannah Metzler and use the password 'goalie' to leave an online tribute or remembrance.


Published by Rochester Democrat And Chronicle on Apr. 17, 2014.
To plant trees in memory, please visit our Sympathy Store.
MEMORIAL EVENTS
To offer your sympathy during this difficult time, you can now have memorial trees planted in a National Forest in memory of your loved one.
MAKE A DONATION
MEMORIES & CONDOLENCES
3 Entries
I am so sorry to hear this news. Hannah was a terrific kid. Your whole family has always been so incredible.Keep caring on.
April 18, 2014
Keirstead Family
April 18, 2014
Nancy, Mike and Luke,
My heart still breaks every day for you. The loss of Hannah is unbelieveable. She was such a shining light in all of our lives. Please take comfort in knowing how much she touched everyone around her. She will forever live on in the hearts and memories of others.
Lisa Cook
Lisa Cook
April 17, 2014
Showing 1 - 3 of 3 results