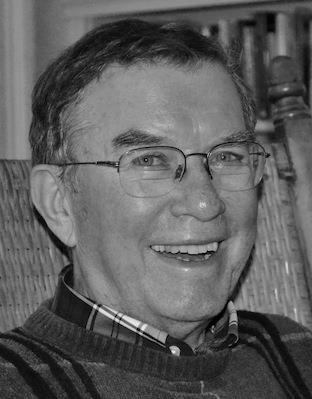 As we grieve the loss of basic human rights and the degradation of our natural world we also give thanks for the life of Peter Dodge Mott, a "passionate crusader for peace and justice," who died on May 27, 2020, at his home in Rochester. Beloved by his wife Gail, their sons John [Vlatka], Jim [Sonja], Bill [Stephanie], daughter Emily [Frederick] and grandchildren who brought him joy: Luke, Sam, Sophia, Nicholas, Ella and William. Predeceased by his brother Tony [Joan], he is survived by his brother Andrew [Gail], brother-in-law Peter Schiot [Gail], nieces, nephews, and cousins.

Peter, born in NYC in 1933, was influenced by the work of his father, Frederick D. Mott, MD, pioneer in rural and migrant health care, who established hospitals in Appalachia for the United Mine Workers and set up the first provincial universal health care system in Canada, in Saskatchewan. His mother, Marjorie, and Canadian grandparents Canon William Bertal and Eva Heeney, instilled in him a love of beauty, truth, balance, and quiet spirituality. Grandfather John R. Mott provided him with the inspiration of purpose. A graduate of Princeton University and the College of Physicians and Surgeons at Columbia University, Peter was Chief Resident at Bellevue Hospital, and Clinical Associate at the National Institutes of Health. A member of the Acton (MA) Medical Associates, his career took a sharp turn left after the assassination of Martin Luther King, Jr. As part of the Kennedy-Johnson War on Poverty he helped set up neighborhood health centers in Baltimore and in Tucson, where he was Medical Director of the El Rio Santa Cruz Neighborhood Health Center. In Rochester he served as Director of Rochester Regional Medical Program, Medical Director of Westside Health Services, Director of Outpatient Services, St. Mary's Hospital, and as one of the first Board-certified Geriatricians at Monroe Community Hospital.

At age 60 he started his volunteer years - first creating and editing the national newsletter, INTERCONNECT: For grassroots movement-building and sharing of resources within the US-Latin America solidarity community. He co-founded the Latin America Solidarity Coalition and the Mexico Solidarity Network, was Board Chair of GVC/NYCLU, co-convener of Rochester Committee on Latin America, and member of The Band of Rebels. In 2006 he wrote Cancer in the Body Politic: Diagnosis and Prescription for an America in Decline. Many will be familiar with his op-eds and letters to the editor on social justice issues.

Heartfelt thanks to Bridget Wilkerson for her unparalleled care of Peter, to the URMC Hospice Team, and aide Tamika Bradley.

Those wishing to honor Peter's memory can get involved in their communities and may consider making donations to Teen Empowerment Rochester, the Alliance for Global Justice, or Citizens' Climate Lobby. More information at http://jimmott.com/peter.html.


Published by Rochester Democrat And Chronicle from Jun. 5 to Jun. 7, 2020.
MEMORIAL EVENTS
No memorial events are currently scheduled.
MEMORIES & CONDOLENCES
11 Entries
I recall coming home from college to my parents' new home in Brighton, previously small town rubes from Geneseo. They were waiting for a return call from the president of the telephone union. To learn if their phone was being tapped!
After they revived me, I heard who had drawn them into such surprisingly suspect activities.
Thank you, Peter and Gail, for making John and Marilyn foot soldiers in the people's march.
How they cherished your friendship, and leadership! Rest in peace, Peter. And Gail, we're a phone call or text away.
Jack and Ann
Student
June 11, 2020
As long as I have known Peter Mott, i have been aware of his soul-filled activism. His very being resonated with deep caring and goodness. He and his wife and soulmate left their Pittsford home of many years to live closer to those to whom they gave tirelessly.
His life is a testimony to the beauty of human life and the spirit that connects us, one to another. To his wife Gail and children, who shared this generous giving man, may you continue to feel his spirit of love that emanated across Rochester and the world. -Elizabeth Osta
Elizabeth Osta
Friend
June 9, 2020
Having read all the moving tributes on Jim's page, by family and friends, Peter would have been (as I'm sure Gail and Jim are) amazed to learn that I have little to add! I just want to say that so many of us loved Peter and will miss him for all the attributes mentioned elsewhere, and that my husband Tom and I feel honored to have called him friend.
Mary Boite
Friend
June 8, 2020
If the world was filled with more Peter Motts there would be no more war, no more racial intolerance, no more human rights abuses, no more racial inequities and no more global warming and environmental ravages.
Anyone Peter ever met was welcomed and accepted as they were. The Motts were a dynamic duo that did so much work to aid and assist those in Latin America than anyone I have ever known. His good works will live on forever!
Gail and family, know that Peter was loved by so many and touched so many lives in the world. His work will go on even as we grieve his loss as family and community.
Paz.
Tom Ward
Friend from ROCLA
Tom Ward
Friend
June 8, 2020
I am Louise & Bob Slaughter's daughter, Robin. I remember Peter and Gail form "the old days." So sorry for your loss Mott family. What a wonderful legacy Peter leaves.
Emily Minerva
Acquaintance
June 7, 2020
Sir Peter, there are no words to describe the kind, compassionate and selfless person that you were! Not to mention, a total gentleman!
Gail, it was a total Joy to come into your home and assist you with a care of your husband! You all did a great job with your children and grandchildren because they possess that same kind and compassionate nature.
It was my pleasure to meet you all!
With Love!
Bridget
Bridget Wilkerson
Friend
June 7, 2020
Sir Peter, there are no words that could describe the kind, compassionate, selfless person that you were! Not to mention, a total gentleman!
Gail, it was a total joy to come into your home and to support you with the care of your husband!
You all did a great job with the raising of your children and grandchildren because they also possess that very kind nature . With love always!
Bridget
Bridget Wilkerson
Friend
June 7, 2020
What an amazing man & life! Condolences to family & all those he cared for.
Lynne Hamilton
Acquaintance
June 7, 2020
Peter will be truly missed he was the reason I was happy to do my job it was peaceful being with him and he had a beautiful smile I enjoyed my time I had with him and Gail such a beautiful , caring and giving couple and also a blessing to be around ❤
Tamika
Friend
June 6, 2020
Peter was always there to speak truth to power. Whether it was something as big as saving the planet from global warning or supporting one worker in a small factory on Oak Street who was fired for trying to organize a union, Peter would be there. Never interested in drawing attention to himself - He didnt seek or need recognition. He truly answered to a higher calling.
Peter Mott, presente!
Kurt Edelman
Acquaintance
June 6, 2020
I have always had profound respect for both Peter and Gail. Our world was much better and lovely than because of Peter. I know he will rest in the peace he worked to give so many.
Sister Barbara MOore
Barbara Moore
Acquaintance
June 6, 2020
Showing 1 - 11 of 11 results