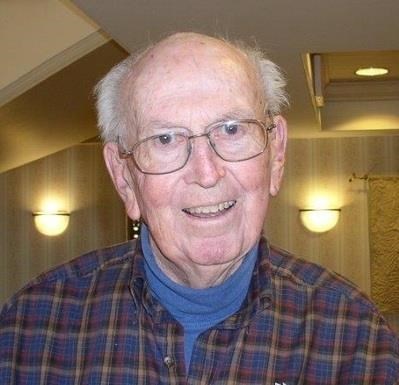 Born in Saranac Lake, NY, Bob grew up in Worcester, NY, and graduated from Cornell University (Junior Phi Beta Kappa) and Cornell University Medical School (Polk Prize for first in his class). After his internship at Strong Memorial Hospital in Rochester, he served as a physician in the US Air Force during the Korean War.

Bob did his residency in pediatrics at Children's Hospital, Boston, MA, and after serving as chief resident, stayed on for ten years as a faculty member at Harvard Medical School and the Children's Hospital. In 1964, Bob was appointed Chair of Pediatrics at the University of Rochester School of Medicine and Chief of Pediatrics at Strong Memorial Hospital. Bob then returned to Harvard as the Roger I. Lee Professor and Chair of the Department of Health Services at the Harvard School of Public Health. In 1980, he was appointed President of the William T. Grant Foundation in New York, NY, which supported research and training in behavioral and developmental problems of children. In 1984-85 he was president of the American Academy of Pediatrics, the largest pediatric organization in the US. Long interested in international health, after retirement from the Grant Foundation in 1992, he served for seven years as the executive director of the International Pediatric Association.

During his ten years in Rochester, Bob and his colleagues pioneered the development of the first Rochester inner city health center (now Jordan Health Center), medical services for agricultural migrant workers, and school health programs. He emphasized that such new programs should be carefully evaluated with research concerning the effectiveness of these services. These innovations were published in 1975 in the book Child Health and the Community.

Bob was an associate editor of The New England Journal of Medicine from 1959-1964. He was the founder, and for 25 years, editor-in-chief of Pediatrics in Review, the continuing education journal of the American Academy of Pediatrics, the largest publication devoted to pediatric continuing education in the world. His 1968 textbook (with Dr. Morris Green) Ambulatory Pediatrics was the first to focus on the prevention of illness and care of children with common illnesses and problem behavior.

Bob's hobbies included gardening, reading, art appreciation, classical music, international travel and with the stimulus of his wife, bird watching. He and Muriel lived at their Canandaigua Lake residence from retirement until moving to Ferris Hills in 2013. He was a quiet man, private and introspective, who believed strongly in social justice for the entire world's children and solving interpersonal and international struggles by conflict resolution rather than by wars and aggression.

A celebration of Bob's life will be held Thursday, February 1, from 4-7 pm, at the Country Club of Rochester, 2935 East Ave., Rochester. In lieu of flowers, those who wish may contribute to the Haggerty/Friedman Fund at the Golisano Children's Hospital at Strong, 300 E. River Rd., P.O. Box 278996, Rochester, NY 14627. This fund supports research and training in behavioral and developmental problems of children; or to any other children's services of their choice. Arrangements are by Johnson-Kennedy Funeral Home, Inc., Canandaigua. Condolences may be offered at www.johnsonkennedy.com.


Regards,
Nancy RiveraTorres
February 1, 2018
Deep sympathy to the family of Dr. Haggerty. Dr. Haggerty encouraged my research and I remain forever grateful to him. He is a hero to many of us who worked in developmental behavioral pediatrics and in international child health.
Karen Olness MD
Karen Olness
January 29, 2018
Marlene GREEN

My heartfelt condolences to the whole family.
I know Bob will be missed by everyone who knew him. He was so special!
January 28, 2018
Showing 1 - 3 of 3 results