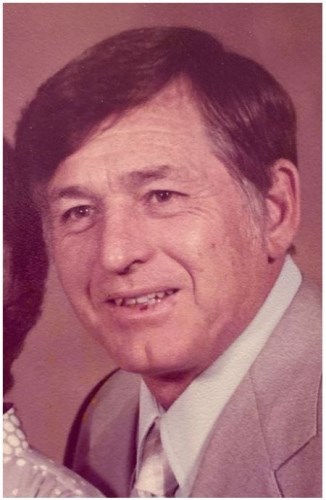 Albert "Lyle" Houser, age 90, of Springfield, Oregon, went to be with the Lord on April 16, 2021. Lyle was born on January 13, 1931 in Alsea, Oregon to Leroy and Eunice Houser. He had six brothers and six sisters. He is survived by one brother, Vern Houser 87, (wife, Tessy) of Auburn, California, three sons, Martin, Rodney and Tom (wife, Cris), nine grandchildren and three great-grandchildren.

Lyle and his family moved from Alsea to Albany in 1948. He attended Albany High School where he met his wife, Ardyce. They were married on September 1, 1950. Lyle was a logger and owned his own company, Excel Logging, until the late 1980's. He loved being a logger and was hardworking even after retirement. He worked on restoring old vehicles and building trailers along with many other projects.

Lyle attended Northwood Christian Church. He and his wife, Ardyce, were long-time members of First Church of the Nazarene in Albany, Newport and Eugene, where they met many life-long friends.

Lyle and Ardyce enjoyed many years of travel and hunting trips in their RV. Lyle loved to spend time with his kids and grandkids. His family remembers his hearty laugh, his strong faith and his generosity. He was loved deeply and will be missed tremendously. We rejoice knowing he and Ardyce are together with Jesus.

There is no memorial planned at this time. Arrangements by Andreason's Cremation and Burial Services in Springfield.

To plant trees in memory, please visit our Sympathy Store.
Published by Albany Democrat-Herald on May 16, 2021.
MEMORIAL EVENTS
No memorial events are currently scheduled.
To offer your sympathy during this difficult time, you can now have memorial trees planted in a National Forest in memory of your loved one.
Funeral services provided by:
Andreason's Cremation & Burial Service Inc
MEMORIES & CONDOLENCES
Sponsored by Andreason's Cremation & Burial Service Inc.
0 Entries
Be the first to post a memory or condolences.