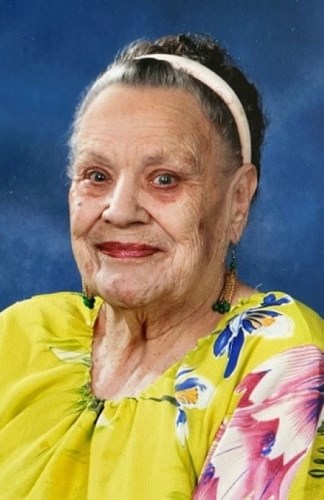 Betty Hinthorn, 93, of Lebanon passed away Thursday at her home. Born in Lebanon to Clyde and Alma (Culbertson) Kessler. Betty lived on Tennessee Rd. as a child and attended Spicer Grade School. For a time the family lived at a construction camp as her father worked on building Highway 20 between Gates and Detroit. In 1940, her parents opened the Nu-Hy Café and resided on Burkhart Street in Albany. There she attended Madison School. In 1955, her parents sold the Nu-Hy and purchased a restaurant, boat moorage, and house 7 miles east of Waldport where Betty also lived.

In 1955, Betty married W.E. "Jack" Hinthorn in Waldport and they moved to Bloomington, Illinois. In 1958 they returned to Oregon to a raspberry farm on Peoria Road where she raised her children and enjoyed the outdoors fully. In the early 80s, Jack and Betty purchased property on Griggs Drive in Lebanon, where Betty continued to cultivate her love for flowers and gardening. In 1991, Jack and Betty sold that property to family and moved to Seal Rock. After Jack's death in 1994, Betty returned to the Griggs Dr. property where she resided until her death.

Betty was a member of the Harvest Baptist Church in Albany and the Albany Eagles Club.

A memorial service will be Saturday, November 6th, at 1:00 p.m., at Harvest Baptist Church. Private interment will be in the Lebanon IOOF Cemetery. Online condolences for the family may be posted at www.fisherfuneralhome.com.