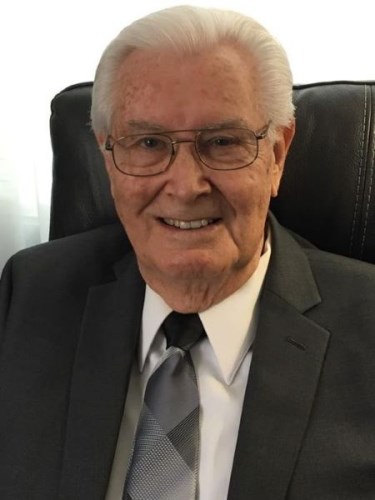 Beloved pastor and former missionary, Curtis A. Myers, was born in Lebanon, Oregon on August 20, 1936 to Virgil and Itha Myers, one of five children. After graduating from high school, where he played sports and enjoyed rich friendships, Curt attended Bethany Bible College to prepare for ministry. There he met and married the love of his life. He graduated in 1959. He and his wife, Margaret, began their ministry as Assistant Pastors at First Assembly, Cheyenne, Wyoming. He then served as Assistant Pastor in Sunnyvale, California and then responded to the call to be Senior Pastor in Placerville, California, serving for six years and building a new facility. The Myers then moved to Newberg, Oregon, where they pastored for three years, again building a new church.

The Myers then received an appointment as foreign missionaries in the Assemblies of God. They ministered in Indonesia for 18 years. For 13 of those years, they pastored an international congregation in Jakarta. While in Indonesia he served eight years as Assemblies of God Field Chairman of that country.

They then returned to the USA and accepted the position of Senior Associate at First Assembly of God in Albany, Oregon. He had the portfolio of Missions Coordinator, Minister of Visitation (mainly hospital visitation) and Director of Senior Adult Ministries and served on the Oregon District Committee for Senior Adult Ministries as well. The Myers raised three boys and gained a host of friends throughout their ministry. Curt also enjoyed ?shing, sports, remodeling and time with his kids and grandkids. Rev. Myers had been happily retired for the last 15 years.

He is survived by his wife of 63 years Margaret; sons, Stanley Myers and wife Jacqueline, Rodney Myers, Phillip Myers and wife Heather; grandchildren Sam, Eric, Megan and Kyle; brother Rev. Gordon Myers and wife Terry; sister Sue Johnson and husband Dann; and many extended family members as well as family and friends in the family of God here and in Indonesia. He was preceded in death by his parents Virgil and Itha Myers, and sisters Marlene and Bonnie.

A memorial service will be at 2 p.m. on Wednesday, Sept. 29 at Hope Church in Albany. A private family entombment will take place at Willamette Memorial Park. Memorial contributions may be made to the missions fund at Hope Church.

Published by Albany Democrat-Herald from Sep. 25 to Sep. 28, 2021.
To plant trees in memory, please visit the Sympathy Store.
MEMORIAL EVENTS
Sep
29
Memorial service
2:00p.m.
Hope Church
Albany, OR
Funeral services provided by:
Aasum-Dufour Funeral Home
MAKE A DONATION
MEMORIES & CONDOLENCES
Sponsored by Aasum-Dufour Funeral Home.
3 Entries
Curtis, to many was a hero. Together with his wife, they served as pastors, then missionaries preaching the Good News of Jesus Christ. Many will rise up and call them blessed.
Vernon "Cap" Marks
September 26, 2021
Curtis Meyers became a part of my life when I purchased a house from him and his wife. We talked a bit as the years past and now I want to offer my condolences to his family.
Dorthy Bowman
Friend
September 26, 2021
Continued prayers for your journey. Pastor Curt and Chuck are together in heaven. We who remain here on earth have the Lord's promise to never leave us or forsake us. Praying for comfort for family and friends
Charles Rowe family
September 25, 2021
Showing 1 - 3 of 3 results