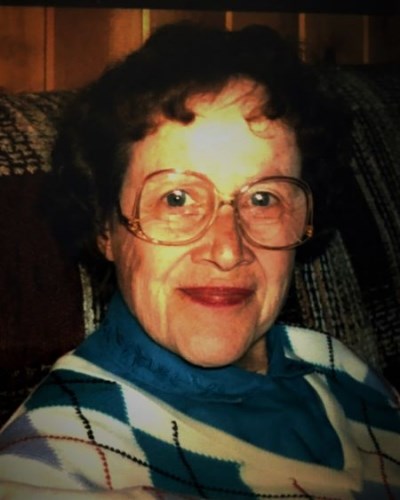 Edith Madden, age 96, died August 24, 2021, at Beaverton, Oregon. Born in 1924 in Lincoln, Nebraska, she was the daughter of John and Margaret Holmes. The family (father, mother, and brother John) moved to Omaha when Edith was seven, and she spent her childhood and early adulthood in Omaha.

She graduated from Benson High School in 1942 and from the University of Omaha in 1946. Working in pre-professional social work positions in Omaha occupied the next two years, and in 1949 she enrolled in the University of Minnesota, from which she was granted the Master's Degree with a major in Child Development. She worked as a school psychologist in the public schools of Peoria, Illinois from 1950 to 1951, and in 1951 she moved to Tucson, Arizona. She was Coordinator of Elementary Testing and School Psychologist with the Tucson elementary schools from 1951 to 1955. It was in Tucson that she met Ted Madden, who was teaching in the Tucson school district and finishing work on the PhD. They were married in July 1954. Two children were born to the couple - Barbara, born in 1955, and Karl, born in 1958.

In 1959 the family, consisting of Ted, his daughter Liz by a previous marriage, Edith, Barbara, and Karl, moved to Corvallis, where Ted had the post of teaching in the Psychology Department at OSU. During the next few years Edith was absorbed in raising the children and intermittently taking courses in audiology and classroom teaching. In 1974 she was employed as instructor and assistant director at the English Language Institute, OSU. She retired in August 1993.

During all of her adult life Edith was involved in musical activities, singing in many choirs, including the Eugene Concert Choir. She sang in three sessions of the Berkshire Choral Festival choirs, performing in Salzburg, Austria, Canterbury, England, and Sheffield, Massachusetts. In her seventies she branched out and studied flute. She joined the Corvallis New Horizons band at its Corvallis inception and was an enthusiastic member of the band until 2016. She was also a member of the Corvallis Community Choir and of the Oregon State University Retirees Association.

Through the years Edith enrolled in varied extension courses through Linn-Benton Community College, particularly enjoying classes in portrait painting. Travel was one of Ted's and Edith's interests. Edith joined Ted in London for one term while he was spending an academic year on leave from OSU. She joined him on another overseas stay in Northern Ireland and a month's stay in Romania. During their London stay, she enrolled in a short course at the Northeast London Polytechnic, gaining a certificate in the Teaching of English as a Foreign Language. Edith and Ted had vacation trips to Germany, England, and Scotland as well as several Elderhostel programs in the U.S.

An active member of the Timberhill Tennis Club for several years, Edith also did volunteer work with the Linn-Benton Adult Literacy program and with the Corvallis SMART reading program at Mountain View school.

When her daughter Barbara gave birth to twin girls, Edith and Ted became devoted grandparents, gaining much pleasure from their frequent visits between Corvallis and Portland.

She is survived by the three children: step-daughter Liz Swenson of Hillsboro; Barbara McQuillen of Portland; Karl Madden of Bronx, New York; and grandchildren Maura McQuillen and Siobhán McQuillen. Ted died in 2008 and Edith's brother John also preceded her in death.

Published by Albany Democrat-Herald on Oct. 17, 2021.
To plant trees in memory, please visit the Sympathy Store.
MEMORIAL EVENTS
To offer your sympathy during this difficult time, you can now have memorial trees planted in a National Forest in memory of your loved one.
MAKE A DONATION
MEMORIES & CONDOLENCES
2 Entries
I'm so sorry for your loss Barb, Karl, and Liz. Your mum was quite a lady! I'll always remember her understated sense of humor, sly smile and little chuckle when she was found out. Please keep me posted on the funeral/ memorial date. I would like vey much to attend. Stay strong and love each other! Nancy Herron
Nancy Herron
Friend
October 21, 2021
I remember Edith as especially dedicated to understanding that there is always more than one side to a story. We were colleagues for 20 years at OSU, and we could always rely on Edith for an independent and thoughtful perspective as we navigated the halls of higher education.
Karl Drobnic
Work
October 19, 2021
Showing 1 - 2 of 2 results