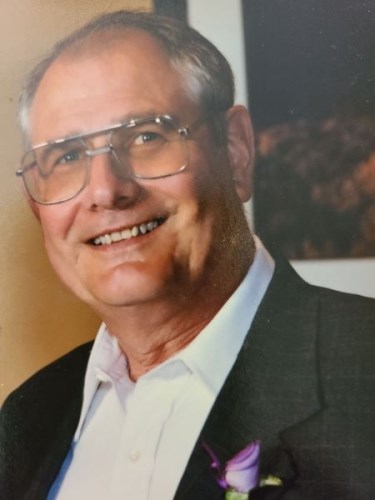 Born to William Drain Sanville and Nellie Zubella. A brother, William, joined the family in 1940. The family moved to Oregon in 1948, bought a country store in Dexter, where Spike graduated from Pheasant Hill High School. Spike then went to Klamath Falls and graduated from Oregon Technical Institute.

Spike moved to Los Angles and joined the National Guard and also went to work for Olivetti Business Machines where he qualified for seven all expense paid vacations. While in LA he married his first wife and had two children, Robert and Laura.

Later, Spike moved from LA for health issues but continued to work for Olivetti Business Machines in San Jose, California. This is where he met and married Mary (Genny) Casad and her four children, Cindra, Gary, Heidi and Candace.

Spike worked at Oregon State University in the maintenance department until his retirement in 2001.

Spike is survived by wife, Mary and their six children and numerous grandchildren.

A celebration of life will be held in his honor on November 19, 2021 at DeMoss Durban funeral home, in Corvallis at 815 NW Buchanan Ave.

The family is hosting an informal gathering with food and drink at their home after the service.