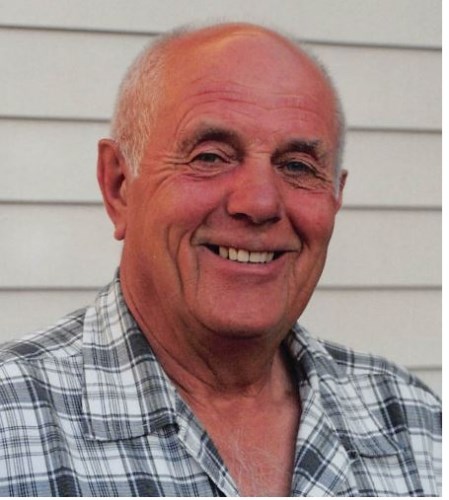 Glen was born in Albany, to Charles and Margaret (Cochran) Hart. He grew up in Jefferson, and graduated from Jefferson High School.

Glen spent most of his life in farming while, at the same time, serving 23 years in the Navy and Naval Reserves. In his early years, he farmed mint with his father. Later, Glen and his father started Hart's Nursery. Glen married Nancy Newman on July 25, 1968, where they combined eight children and then together had one of their own.

Glen loved to fish and spent many days in his boat with family and friends. Glen and Nancy also enjoyed traveling. They spent many years at their place in Kona. They also traveled to many places in their motorhome with friends. Glen loved spending time in his yard surrounded by his flowers and vegetable garden. Glen was a huge community supporter. He served on the Board of the Albany Boys and Girls Club for over 20 years and was a past president.

Published by Albany Democrat-Herald from Oct. 16 to Oct. 22, 2021.
To plant trees in memory, please visit the Sympathy Store.
MEMORIAL EVENTS
To offer your sympathy during this difficult time, you can now have memorial trees planted in a National Forest in memory of your loved one.
Funeral services provided by:
Aasum-Dufour Funeral Home
MAKE A DONATION
MEMORIES & CONDOLENCES
Sponsored by Aasum-Dufour Funeral Home.
1 Entry
I am sorry to hear of Glen's passing, my sympathy goes out to all of the Hart family.
Dennis Ammon
Friend
October 17, 2021
Showing 1 - 1 of 1 results