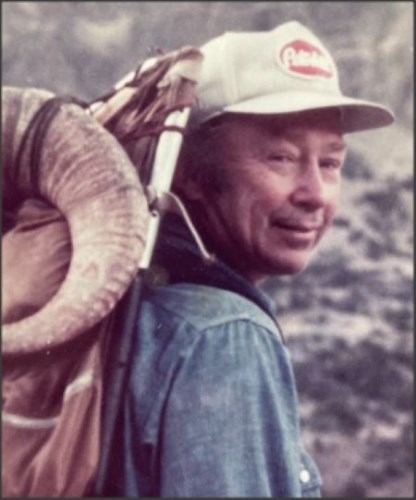 Howard was born in Glendale, California to parents Vivian Lamb Horton and George Franklin Horton. Howard spent most of his childhood in California. Twice his family moved to Oklahoma where his family ran a small farm.

Following graduation from Glendale High School in 1944, he joined the Merchant Marines and then served in the US Army which allowed him to receive the GI Bill for college. He graduated from California State Polytechnic University in 1953 with a BS in Biological Science. He then attended Oregon State University and received his MS in Fish and Game Management in 1955 and his PhD in Fisheries Science in 1963. While in School at OSU, he was hired as an Instructor of Fisheries in the Department of Fisheries and Wildlife. He was promoted to Asst/Assoc Professor of Fisheries and eventually to Professor of Fisheries. During his career at OSU he served as major professor to 35 graduate students in his department. As his career at OSU progressed, he became Director of the Extension Sea Grant Program, then the Foreign Observer Program and finally the Director of International Fisheries and Wildlife. He retired from his career at OSU in 1989 and remained active in departmental activities as Professor Emeritus. Among his many honors and awards were R M Wade Foundation Award for Excellence in Teaching; Award for Outstanding Contribution, Pacific States Marine Fisheries Commission; and Lifetime Achievement Award, Oregon Chapter American Fisheries Society.

In 1982 while still a professor, he was appointed as the Court Technical Advisor to the US District Court in Portland, Oregon. In 1998 he was appointed to also serve the same position in the US District Court, Western District of Washington state. In those positions he provided scientific advice to a succession of US District Court Judges. He was increasingly involved as Columbia River salmon recovery efforts became more intense and controversial in cases heard by Judges James Redden and Michael Simon. Howard was very proud of his role in ensuring that salmon biology was appropriately represented in the court deliberations. He retired from this effort in 2016.

While working for California Department of Fish and Game near Yosemite National Park in 1952, he met his future wife Jeannine who was managing the LeConte lodge there. They were married in 1954 and moved to Corvallis where they raised their four children; Dana, Lisa, Jenner and Ross.

Howard was an avid hunter and fisherman. You could find him fishing for steelhead in the Siletz River, for salmon in the ocean or dropping a crab trap into a bay or estuary. He hunted ducks and upland game birds with his many retrievers. He enjoyed big game hunting; many a trip was taken with his hunting buddies Chuck and Gene and with his children. He was particularly proud of his once-in-a-lifetime bighorn sheep and the six by six bull elk he harvested in the Frank Church-River of No Return Wilderness of Idaho.

Howard was an avid fan of the OSU Beavers football, basketball, wrestling and women's basketball teams. He loved to tinker with cars and taught all of his children basic auto mechanics.

In the 1980's Howard taught and worked with faculty at the Universidad Austral de Chile in Valdivia and the Instituto Profesional de Osorno in Chile. Through this work he formed a life long friendship with some of his students, whom he considered his second family.

Howard was a loyal father, friend, teacher, mentor and scientist. He took pride in the successes of his children and his students.

Published by Albany Democrat-Herald on Oct. 24, 2021.
To plant trees in memory, please visit the Sympathy Store.
MEMORIAL EVENTS
To offer your sympathy during this difficult time, you can now have memorial trees planted in a National Forest in memory of your loved one.
MAKE A DONATION
MEMORIES & CONDOLENCES
4 Entries
A true and steady man who has given us a legacy of good works for Columbia river salmon. His smile stays with me. Thank you for all you´ve done and for your friendship. Sail on, Dr. Horton.
Jean Edwards
Work
October 29, 2021
I had the pleasure of working with Howard when I was on the U.S. v Oregon Technical Advisory Committee in the 1990s. He was indeed a loyal teacher, mentor and scientist to all of us, very much fun to be around, and we are all grateful to have been able to know him.
Bill Bosch
October 27, 2021
Howard was a super neighbor and friend. He sure did love his dogs! He helped us with Riley, who was from puppies he bred. He will be missed! We will plant a flowering tree on our land in his memory.
Lois and Mark Hauck
Friend
October 25, 2021
We are sorry about the passing of your father. He was a spectacular person. Will be missed.
Alan & Terry French
October 24, 2021
Showing 1 - 4 of 4 results