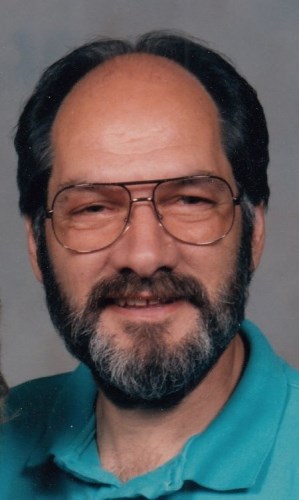 James was born to Florence and Tom Brendle in Burns, August 8, 1936. After a few moves, the family landed in Sweet Home. Jim attended Foster Grade School and graduated from Sweet Home High School in 1954. Jim was a milk man, sold cars, was a collector/repo man for a bank and was a social worker. Jim was even the Mayor of Waterloo at one time.

He loved cars and motorcycles, especially Pontiacs and Harleys. He rode with his Christian Motorcycle Association and helped start a local chapter, Wheels of Witness. Jim never called anyone by their given name. If he knew you, you had a nickname.

Jim married Bonnie Johnson, October 21, 1962, and they spent almost 59 years together. He is survived by his wife, Bonnie, his brother, Robert, son, Jason, and daughter, Julie. Jim is also survived by grandson, Jordan, granddaughters, Jessika, Bree, Harlee and great-grandchildren, Tanner, Presley, and Kasen. He was preceded in death by his parents, his sister, Barbara Rice, and his brother, William Brendle.

We have so many good memories of his antics, his noises, his sayings and his love. He was a kind, sweet, loving father and husband.

Published by Albany Democrat-Herald on Oct. 21, 2021.
To plant trees in memory, please visit the Sympathy Store.
MEMORIAL EVENTS
To offer your sympathy during this difficult time, you can now have memorial trees planted in a National Forest in memory of your loved one.
Funeral services provided by:
Huston-Jost Funeral Home & Crematory
MAKE A DONATION
MEMORIES & CONDOLENCES
Sponsored by Huston-Jost Funeral Home & Crematory.
3 Entries
So very sorry for your loss. I work at Oregon Cascades West Council of Governments in the Senior and Disability Services department. Jim was such a nice, friendly, joyous person to be around. I know he has been retired for many years but Jim was a person that was not forgettable. I wish more people were like him. Again, so sorry for your loss. Hugs.
Ann Johnson
October 26, 2021
Bonnie and Julie, So sorry to hear of Jim's passing my thoughts and prayers are with you both.
Brenda Byrd
October 22, 2021
My sincere sympathy to Jim´s family. Remembering a kind, caring childhood neighbor.
Betty LaFournaise
October 21, 2021
Showing 1 - 3 of 3 results