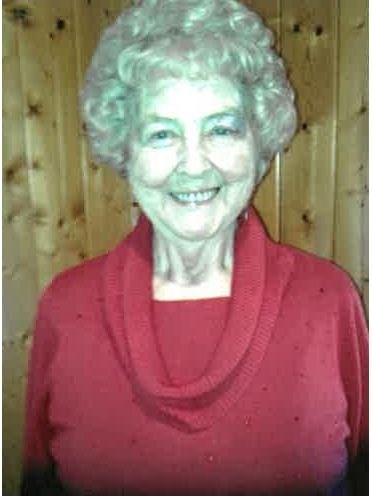 Joan was born in Jefferson to Lloyd and Agnes (Thiessen) Hilliker as the oldest of four children, in the home her grandfather had built. Her mother and aunts had also been born in the same house. She loved this house! Joan lived most of her life there – growing up and later when she moved in to take care of her father.

Joan went to Albany High School, and after graduating, enlisted in the Army where she met her future husband, Edwin Haller. The couple married on November 22, 1958, and lived in Chicago, Illinois, where they had three children. Every morning, Joan would put out her flag, put her hand over her heart, say the Pledge of Allegiance, salute the flag and say "Yes Sir!"

In 1963, Joan and her family moved to Lebanon, where two more children were born – Tom and Sue. Having five children, most of Joan's life was spent at home taking care of her family. She sold Tupperware and Aloe Vera, and retired from working at Oregon Senior and Disabled Services in 1999.

Joan loved to hug! She would embrace everyone, including people she had just met. Yet her smile was so bright, and her spirit was so friendly and warm that people would find themselves responding almost without thinking. Joan loved to laugh, and would tirelessly dance at the Morning Star Grange and the Eagle's club. She enjoyed playing cards and putting puzzles together. Later in life, she enjoyed sitting on her porch, watching the world go by, as she described it – watching the birds in the front yard, and the farmer working the fields.

Family was the most important part of Joan's life. Joan was very involved in her extended family's lives. She remembered everyone's birthday, from her brother and sister to the youngest great grand-niece. Joan attended every birthday and celebration she could, and loved seeing pictures of family events.

She is survived by her five children – one son, two daughters, in addition to Tom (Debby) Haller, and Sue (Tom) Crosby. She is also survived by four grandchildren – one grandson and three granddaughters: Ashley, Lexie, and Emily.

Joan was preceded in death by her parents and her brother, Bart Hilliker.

A public viewing will be held at Fisher Funeral Home in Albany on Thursday, July 22, from 4-6 p.m. On Friday, July 23, at St. Mary's Church in Albany, a rosary is scheduled at 10 a.m., and the funeral mass at 11 a.m. There will be a graveside service at 1 p.m. at the Jefferson Cemetery. 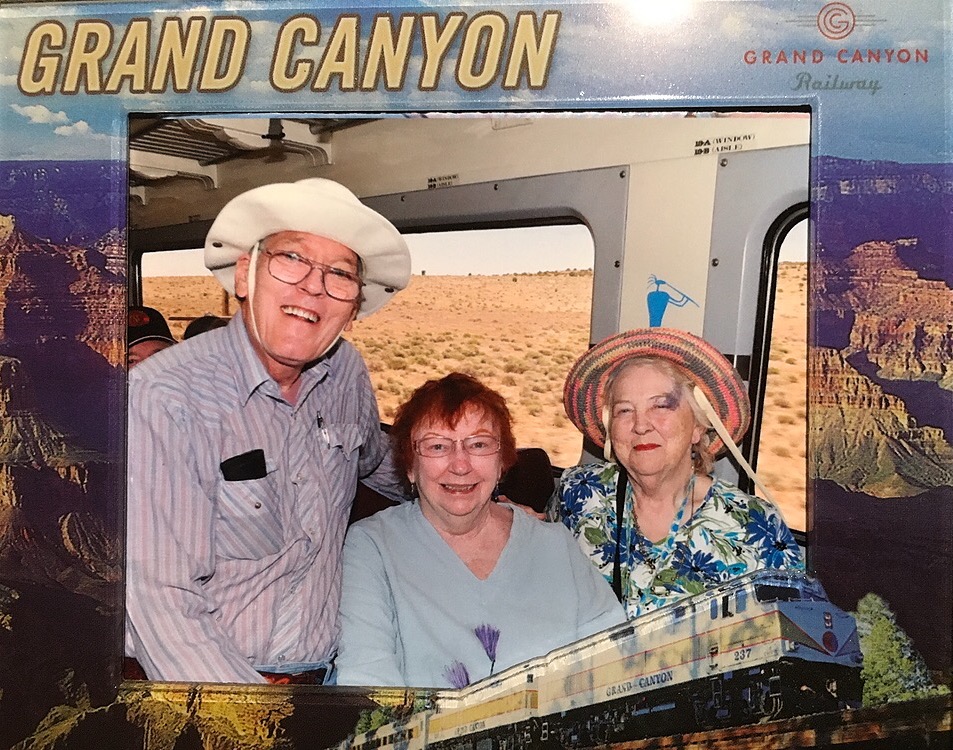 Grand Canyon Rail Trip with Joan, John & Midge as well as her son John not in the photo. As for how well we knew each other, John Lamon and Ed Haller stood up in each other's wedding.
Margaret Lamon
July 22, 2021
It is with great sorrow that Joan has left us, but it is good to realize that she is out of pain. I think that she would want us to celebrate all the generous and cheerful things that she did for her family and for her friends and for acquaintances and even strangers. She was always a person fun to be with. I shall miss her very much, and I wish my sympathy and prayers for her loved ones during this time of grief.
Margaret Lamon
Friend
July 22, 2021
Showing 1 - 2 of 2 results