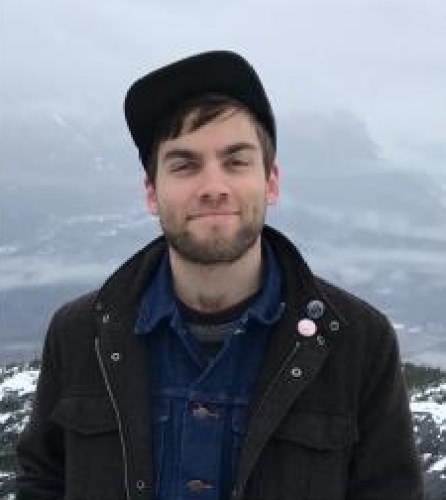 Kevin Robert Bontrager of Salem, Oregon passed away October 28, 2020. He was 27. Kevin was born March 29, 1993 in Harrisonburg, Virginia to Robert and Beth (Gerig) Bontrager. An outdoor gathering was held November 1, 2020 for friends and family in Kevin's hometown of Corvallis, Oregon.

Kevin graduated from Western Mennonite High School (Salem, Oregon) in 2011. He joined a group of peers for a gap year program called Outtatown before starting college. During that formative year Kevin did a number of service projects throughout Canada and then traveled to South Africa for the remainder of the program. A highlight was meeting Desmond Tutu and being served communion by him.

In the fall of 2012 Kevin attended Seattle Pacific University, completing two years before taking time off after his father, Bob, died in 2014. More recently he attended Western Oregon University and had one year left for his undergrad degree.

Kevin had many passions; he was an excellent writer and musician, and pursued both in college. He enjoyed working at Broadway Coffee in Salem, at the Bike Peddler assembling bikes, and delivering for Steel Bridge Coffee. He loved making music with friends and composing original songs. Kevin also loved adventure. In 2016 he and a friend traveled together for four months throughout Asia. Kevin was kind, compassionate, and intentional. He valued his friendships greatly.

Although Kevin had many gifts and talents, he struggled with depression and anxiety. He sought help but was unable to learn how to cope. Missing him deeply are his mother, Beth Bontrager (husband Tim Graber; Hurley, South Dakota), brother Jesse (wife Betsy and children Felix and Abigail, Phoenix, Arizona), sister Erin (Minneapolis, Minnesota), and many extended family members.

Memorial gifts may be donated to NAMI: National Alliance on Mental Illness or AFSP: American Foundation for Suicide Prevention.

To plant trees in memory, please visit our Sympathy Store.
Published by Albany Democrat-Herald on Nov. 21, 2020.
MEMORIAL EVENTS
No memorial events are currently scheduled.
To offer your sympathy during this difficult time, you can now have memorial trees planted in a National Forest in memory of your loved one.
GUEST BOOK
2 Entries
Beth and Family - I am so sorry to learn of your dear Kevin´s passing ... please know that your entire family are in my thoughts.
Ginny Jordan
November 21, 2020
While I did not know Kevin, he sounds like an amazing young man. My heart breaks for his mama. Saying a prayer.
Susie Dowding
November 21, 2020