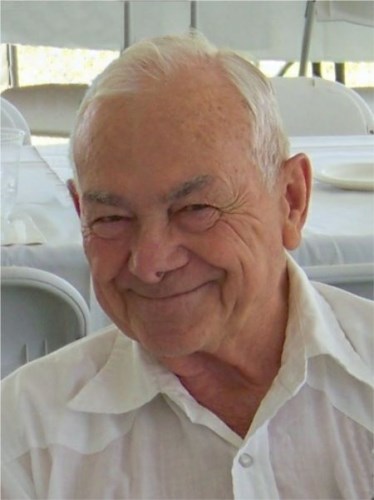 Muggins joined his beloved wife, Sammye, early in the morning of October 18 in the presence of his Lord and Savior. He missed her so very much since her passing on April 20 of last year, and longed to be with her again.

Muggins was a native New Mexican, until he discovered their forever home in beautiful Oregon. He was born to Georg and Laura Payton in their family ranch home at Roy, New Mexico, March 31, 1930. His middle name "Muggins" was actually in remembrance of his father's good friend in France during WWI. His dad, a Texan from Austin, decided to migrate to New Mexico leaving behind family memories of Great Uncle Sam Houston, and other ancestors.

He graduated from Roy High School in 1948, served as a Korean Marine War Veteran, 155th Gun Battalion, on active duty for two years, and six years in the reserves, and honorably discharged December 5, 1959.

Muggins married Zelma "Sammye" McElroy, his former Irish sweetheart on December 3, 1952. They lived in New Mexico, and Montana before finding and moving to their beloved Oregon in 1956.

He worked for the US Government Bureau of Reclamation. He later began a 33 year career with the City of Albany in 1956. Over the years, he served as Street Superintendent, Public Works Superintendent, and then served as the Public Services Director. He retired after 33 years of service for the City in 1988.

He was actively involved in the Chamber of Commerce, Elks Lodge, Timber Carnival, and helped with the annual Veterans Day Parade for 25 years.

Muggins accepted the Lord as his Savior in 1952. He worked faithfully in many areas. He was building chairman on both additions Calvary Baptist now located on 34th St. He served 33 years at First Baptist (now Willamette Community Church) and was a longtime member of South Albany Community Church.

After retirement they snow birded for 11 years. He enjoyed gardening, travel, and RVing.

Muggins was preceded in death by his wife, Sammye, of 69 years, five brothers, two infant sons, one infant daughter, and a 35 year old daughter.

He is survived by two sisters and three brothers.

Muggins would appreciate any memorials to be sent to the Billy Graham Evangelical Association, the Gideons, or Daily Bread.

A memorial service is being planned for a later date.

Condolences may be posted online at www.fisherfuneralhome.com.

Published by Albany Democrat-Herald on Oct. 19, 2021.
To plant trees in memory, please visit the Sympathy Store.
MEMORIAL EVENTS
To offer your sympathy during this difficult time, you can now have memorial trees planted in a National Forest in memory of your loved one.
Funeral services provided by:
Fisher Funeral Home Inc
MAKE A DONATION
MEMORIES & CONDOLENCES
Sponsored by Fisher Funeral Home Inc.
0 Entries
Be the first to post a memory or condolences.