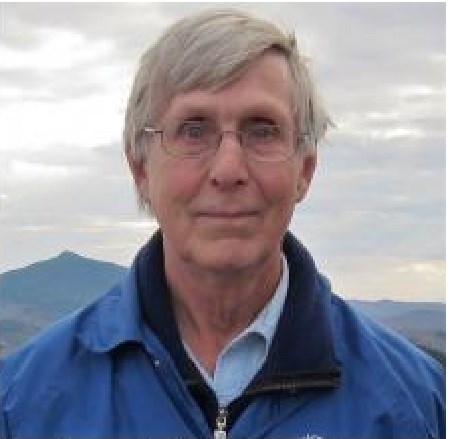 Robert "Marc" Betz was born on December 24, 1948 in Evanston, Illinois to Carl Richard and Ruth Adeline (Rehder) Betz. The family lived in Park Ridge, Illinois until he was nine years old. Then they moved to Phoenix, Arizona, where he graduated from high school and community college.

He served in the U.S. Air Force from 1970-1974. In 1974, with the rank of Sergeant, he was honorably discharged. He took his discharge in Berlin, where he had been stationed, and hitchhiked in Europe for six months, traveling as cheaply as possible.

Marc enrolled at the University of Arizona in Tucson in 1975. He used the GI Bill benefits, worked a part-time job and saved money so he could travel. Alternating school and travel, he hitchhiked to Cuzco, Peru; travelled through Great Britain, lived in Dublin for six months and visited Mexico and Guatemala. In 1979, he received his bachelor's degree and in 1980, he completed a master's degree in teaching English as a Second Language (ESL). During his time at the U of A, he also met his future wife, Rosalind Ann Hutton.

In August, 1980, Marc and Rosalind moved to Corvallis. Marc became an instructor at Linn Benton Community College for ESL. They married on September 6, 1981 in Corvallis.

In the fall of 1982, the couple moved to China for two years where Marc taught ESL. After they left China, he taught ESL in Turkey for six months. They then settled in San Jose, California, in October, 1985, where Marc taught ESL at San Jose Community College. He changed professions in 1988 when he was hired by Fujitsu America as technical writer. His daughter Hazel Betz was born in 1991.

He and his family moved back to Corvallis in 1995, when he was hired by Rogue Wave Software as a technical writer. He was documentation manager there when he retired in 2016.

His second child, Simon Hutton, was born in Corvallis in 1995. Marc was devoted to his children and encouraged them in education, music, adventures and sports, particularly soccer. Marc coached and refereed in the American Youth Soccer League for ten years and was a board member.

During his retirement, besides traveling and photography, he volunteered with Mid-Valley Health Care Advocates.

On October 24, 2020 Marc passed away in Corvallis, Oregon, at home. He was preceded in passing by his parents, Carl and Ruth and brother, Carl Richard Betz II. He is survived by his wife, Rosalind; children, Hazel Rosalind Betz and Simon Keith Hutton; and brother, Alan Prentice Betz. For a more extensive obituary, go to weddle-funeral.com.

A Zoom memorial service will be held on December 5, 1:00 p.m., PST. To attend, please email to [email protected] for a Zoom invite.

To plant trees in memory, please visit our Sympathy Store.
Published by Albany Democrat-Herald on Nov. 23, 2020.
MEMORIAL EVENTS
No memorial events are currently scheduled.
To offer your sympathy during this difficult time, you can now have memorial trees planted in a National Forest in memory of your loved one.
Funeral services provided by:
Weddle Funeral Service
GUEST BOOK
0 Entries
Be the first to post a memory or condolences.