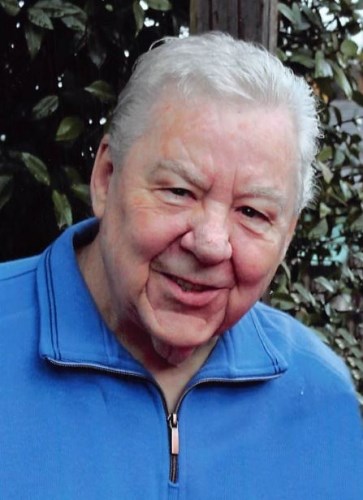 Gene attended and graduated from Albany Union High School, Class of 1961, where he met his wife, Sharon David. Gene took Sharon to her Senior Prom in 1963. Gene and Sharon secretly eloped on January 2, 1965, in Vancouver, Washington. They later married in front of their parents at St. Mary's Catholic Church in Albany on May 7, 1965. Son Michael arrived in September 1966, followed by daughter Michele's arrival in June 1968.

Gene worked at Duraflake for 40 years and was a millwright electrician when he retired in 2005. In his spare time, Gene loved working on cars, especially his 1964 Ford Galaxy convertible. He was known as "Mr. Fix It" to his family and rarely hired anyone to work on his cars or around the house. His kids and grandkids knew who to call when they needed help. Gene had a dry sense of humor and made people laugh. He loved playing cards and was quite competitive, so he usually won. Gene enjoyed watching sports, especially both Oregon college teams.

Gene was a great husband, father, grandfather, great-grandfather, brother, and uncle. He will be greatly missed.

He was preceded in death by his parents and niece, Dina Thomas.

At Gene's request, there will not be any services. AAsum-Dufour Funeral Home is handling the arrangements. www.aasum-dufour.com

Published by Albany Democrat-Herald from Oct. 21 to Oct. 22, 2021.
To plant trees in memory, please visit the Sympathy Store.
MEMORIAL EVENTS
To offer your sympathy during this difficult time, you can now have memorial trees planted in a National Forest in memory of your loved one.
Funeral services provided by:
Aasum-Dufour Funeral Home
MAKE A DONATION
MEMORIES & CONDOLENCES
Sponsored by Aasum-Dufour Funeral Home.
0 Entries
Be the first to post a memory or condolences.