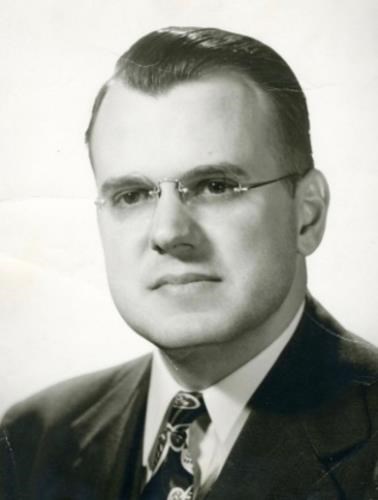 BORN
1916
DIED
2017
Albert M. Patten, M.D., a Denver internal medicine physician for five decades, died on February 01, 2017. He was in the company of his son Albert III and daughter in-law Sarah (Boyle). He died peacefully at his home in Denver where he had lived for sixty-eight years. Born on February 27, 1916 and raised in Topeka, KS, Albert Patten was a graduate of Washburn University where he and his future wife were fellow students. Dr. Patten's dear wife, Betty Jane (Elden), died in 2005. Albert M. Patten received his M.D. in 1942 from Cornell University Medical School in New York City. He would recount his days as a young resident making house calls there. He remembered walking the streets in Harlem - often at night and during the early morning hours - to deliver babies and care for patients. Dr. Patten served as a Medical Officer in the U. S. Navy following the Korean War. He was assigned to the USS Yorktown, the USS Mitchell and later to the Naval Hospital in San Diego, CA. Following his U.S. Navy service, Dr. Patten and his family returned to Denver, where he resumed his private medical practice. His clinical affiliation was at St. Luke's Hospital - now Presbyterian/St. Luke's. Dr. Patten was an avid narrow gauge railroad enthusiast and an early member of the Rocky Mountain Railroad Club in Denver, CO. Dr. Patten was also a dedicated fifty-year member of the Denver Lions Club where he formed many life-long friendships. Dr. Patten is survived by daughter Carolyn Banda (Phillip), by son Albert III (Sarah Boyle), and by four grandchildren, Margaret Banda, and Austin, Laura and Garrett Patten. A private family service has been held.

Published by Denver Post on Apr. 16, 2017.
To plant trees in memory, please visit the Sympathy Store.
MEMORIAL EVENTS
To offer your sympathy during this difficult time, you can now have memorial trees planted in a National Forest in memory of your loved one.
MAKE A DONATION
MEMORIES & CONDOLENCES
Sponsored by The Denver Post.
1 Entry
I worked for Dr. Patten from 1979 to 1983 when he was in the Mayo Clinic in downtown and then we moved to the medical professional building across from St Luke's hospital. He was one of the best bosses I ever had and I used to chuckle at him because he would eat cottage cheese for lunch everyday and carrots . I adored him and I stayed in touch with him through Christmas of probably 2012. We sent Christmas cards to each other yearly. Not only was he a good man but he was a fabulous doctor and I absolutely adored him. My condolences to the family. I will forever remember him.
Lisa Williams Costa
November 6, 2017
Showing 1 - 1 of 1 results