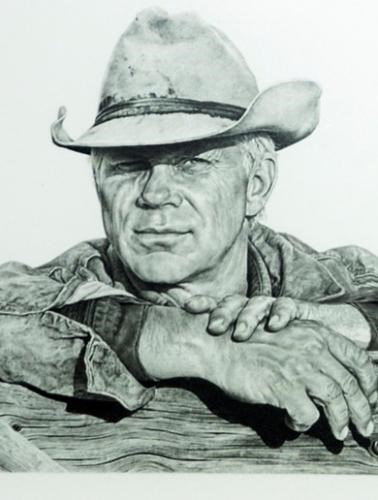 BORN
1939
DIED
2015
FUNERAL HOME
Evergreen Memorial Park
26624 N. Turkey Creek Rd.
Evergreen, CO
Chuck passed away on November 23, 2015 in Evergreen, CO. Chuck was born in Webster City, Iowa to Robert and Margaret Lamson. He graduated from the University of Wyoming in 1961. Chuck had a long and distinguished athletic career. Among his collegiate awards were Honorable Mention All- America in 1960 & 1961, Unanimous All Conference Selection, Sports Illustrated "Back of the Week" in 1961, Best Student Athlete in 1962 and was named the Captain of the football team in 1961. Chuck was inducted into the Wyoming Athletic Hall of Fame in 2010. All of these awards were earned playing quarterback and safety. Chuck was drafted by the Minnesota Vikings in 1961 and played in the NFL for seven years, for the Vikings and the Los Angeles Rams as a defensive back. He retired in 1968. After his retirement from the NFL, Chuck and his wife Mimi lived in Evergreen, CO and Silverthorne, CO where he managed a ranch for Randy Winegard. He is survived by his wife of 56 years, Mimi Wolfe Lamson; son Michael (Sherie), grandson Jeremy all of San Diego, CA; son Gregory; granddaughter Alicia; and grandson Dillon of Irvine, CA. He is also survived by brother Jim (Cindy) of Des Moines, IA; and many nieces and nephews, in-laws and out-laws. He was preceded in death by his parents; sister Mary Killebrew; and beloved cow Molly. There are no words to describe Chuck's impact on his many friends and family. He was a very unique person. Smart, loyal, funny, extremely loving and generous. Chuck had requested no service but donations may be made to: Best Friends Animal Society, 5001 Angel Canyon Road, Kanab, Utah 84741, or to Alzheimer's Association of Colorado, 455 Sherman Street, Suite 500, Denver, CO 80203. Please raise a cup and Happy Trails! Visit www.EvergreenMemorialPark.com to write a condolence to the family.

Published by Denver Post on Dec. 2, 2015.
To plant trees in memory, please visit the Sympathy Store.
MEMORIAL EVENTS
To offer your sympathy during this difficult time, you can now have memorial trees planted in a National Forest in memory of your loved one.
Funeral services provided by:
Evergreen Memorial Park
MAKE A DONATION
Please consider a donation as requested by the family.
MEMORIES & CONDOLENCES
Sponsored by The Denver Post.
9 Entries
Mimi, Sorry for your loss, your are in my prayers and thought!
Jane Mccartney
December 15, 2015
Bill Kiefer
December 9, 2015
Mimi,

My thought are with you....Chuck was a treasure. Much love to you! Kim Viner
December 6, 2015
Mimi,
I am so sorry for your loss. My thoughts and prayers are with you and your family.

Toni Stephens
December 4, 2015
Mimi,
I am So sorry for the loss of Chuck. We will miss him and the crazy stuff we all did at the ranch.
The boys from the Mt Powell ranch, Dave Henery, Mark McAllister, and me, will miss him for sure.
If you need anything or just talk please let me know.. i will be there for you.
love ya lots
Deb Burney
December 3, 2015
MIMI,
i am so sorry i had no idea... the boys From Mt.Powell, Dave Henery, Mark McAllister and me are very sad,,, But do remember the great times we all had..
Big hugs.
December 3, 2015
Our deepest condolences to the Lamson family for this great loss. May the strength from GOD be with you during this difficult time now and in the days ahead. The support of each other and friends can bring you peace as you share loving memories.
Lewises
December 2, 2015
Oh, Mimi,
We are so sorry to hear about Chuck's passing. He was such fun and always made us feel at home when we were able to visit you on the ranch. We know this is a bitter sweet goodbye but please know you are in our thoughts and prayers.
Harvey and Connie Fox
December 2, 2015
What a legacy of laughter, fun and outright joy Chuck bequeaths
to all of us who were privileged to know and love him. What a wonderful man!
Hank Parker
December 2, 2015
Showing 1 - 9 of 9 results