Dean Robert Haave, 81, of Golden, Colorado died on April 18, 2019 while sailing with his wife on a dream vacation to Barcelona, Spain. He is survived by his loving family; wife Roseann Stiblo, daughter Tanya Haave (Denver), and son Brian Haave (Washington D.C.). He is preceded in death by his father and mother, Henry and Lena Haave (Albion, Nebraska), and brothers Gordon, Gayl and Don Haave.
Dean was born on February 2, 1938 in Albion, Nebraska. He earned his bachelor's of science degree in Business Administration from the University of Denver. He co-founded Hanson & Co., Certified Public Accountants, in Denver where he was instrumental in building a successful business for over 45 years.
Dean and Roseann were married in 1993 in Golden, Colorado where they resided for over 26 years. A devoted family man, Dean loved being a father to not only his own children, but also mentored Roseann's mentee, Rina, in the Big Sister/Little Sister program.
Dean was dedicated to community service and charity work, serving in the Lion's Club of Denver and the University of Denver Business Fraternity for 50 years. Other clubs and charities include Evergreen Rotary, Evergreen Men's Republican Club, and the Arvada Optimist Club. He also served on the boards of Mount Evans Hospice and the Mountain Area Land Trust (MALT).
Dean was known to bring laughter at the perfect moment. He traveled to Nebraska, North and South Dakota, Africa, Europe, South America, and Mexico to enjoy his passion of bird hunting. He was also an adventurer traveling the world experiencing different cultures. He loved "HIS" Denver Nuggets and Colorado Rockies, but not as much as pizza, milk, and a good scotch.
A Celebration of Dean's Life will be held June 22 at 11:00 a.m. at Rockland Community Church, 17 South Mount Vernon Country Club Road, Golden, Colorado. A reception afterward will take place at Tuscany Tavern, 32214 Ellingwood Trail, Evergreen, Colorado from 12:30 p.m. - 3:00 p.m.
In lieu of flowers, donations can be made to:
• Mt Evans Hospice, 3081 Bergen Peak Drive, Evergreen, CO 80439

Published by Denver Post from Jun. 14 to Jun. 16, 2019.
To plant trees in memory, please visit the Sympathy Store.
MEMORIAL EVENTS
Jun
22
Memorial Gathering
12:30p.m.
Tuscany Tavern
32214 Ellingwood Trail, Evergreen, CO
Jun
22
Celebration of Life
11:00a.m.
Rockland Community Church
17 South Mount Vernon Country Club Road, Golden, CO
MAKE A DONATION
MEMORIES & CONDOLENCES
Sponsored by The Denver Post.
6 Entries
I'm so very sorry to hear this news. I enjoyed caring for Dean at Dr. Kenney's office and am grateful to have known him. He always had a smile on his face. My deepest sympathies to your family.

Love and Peace
Tracie Elder, RN
July 8, 2019
My deepest sympathy to Brian and family on the loss of his father. May he rest In peace and may his family be deeply consoled by all of us who love them at this difficult time. Charlie
Dr. Charles Bashara
June 22, 2019
Dean was in our Great Decisions group in Golden, and contributed so much to our discussions of the topics. We will miss him and his good humor.
Sue Rouse
Friend
June 21, 2019 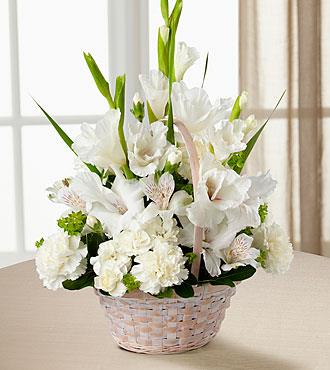 a loved one
June 19, 2019
I graduated from Denver University and met Dean during my years at DU. We became friends and kept in touch. I was shocked to hear of his passing and my sympathy to his family. Hal Prink BSBA accounting 1960
Hal Prink
June 18, 2019
Our sincere condolences to the family. May you find comfort in knowing that God collects our tears and is close to the brokenhearted ready to comfort us in our moment of need. - Psalm 56:8
F&D
June 14, 2019
Showing 1 - 6 of 6 results