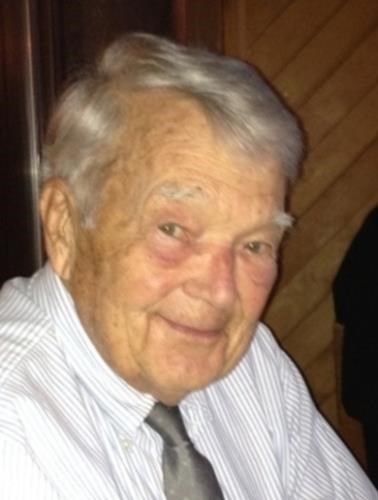 BORN
1927
DIED
2015
Dr. Harald Drewes, geologist with the US Geologic Survey, passed away due to a massive heart attack at his home in Lakewood, Colorado on July 21, 2015. He was born to Werner Drewes and Margarethe Schrobsdorff Drewes on November 22, 1927 in Dessau, Germany. In 1930 the family immigrated to the United States, settling in New York City, where Drewes graduated from Stuyvesant High School in 1943. He continued his education at Columbia University, later completing his undergraduate degree in geology at Washington University in St. Louis, where his father was an art professor. During his three-year Army service, Drewes was first stationed on the Aleutian Islands off the coast of Alaska, and later analyzed aerial photographs at the Pentagon, where he achieved the rank of staff sergeant. Encouraged by US Geologic Survey geologists he met in Alaska, Drewes continued his professional education at Yale University, earning his PhD in 1954. During his career, Drewes mapped and researched sections of Death Valley, Nevada; southern Arizona between Tucson and the Mexican border; and New Mexico. He also lent his expertise for a project with the geologic survey of Pakistan. Drewes enjoyed mentoring young geologists as field assistants, advising them with their dissertations, or presenting lectures in English or German at universities. He remained intrigued by local geology in the Denver foothills, and wrote and self-published a trail walkers guide for the Morrison area and a second booklet about the Table Mountains. His works are available to interested parties such as universities, companies and prospectors, through the Library of Congress. Drewes was an avid world-wide traveler, traveling to several continents attending international geologic congresses and conferences, sometimes accompanied by his wife, Rosemarie. Drewes volunteered for many years at Dinosaur Ridge Park near Morrison, teaching visitors of all ages how to decipher clues hidden in the local rocks. Drewes will long be remembered with high regard and great fondness by his family, friends and colleagues. He is survived by his wife, Rosemarie (Lakewood); daughter, Andrea (David) Weber (Oregon); son, Stefan (Dorothy Kelly)(Denver); and grandchildren, Johann (Jessica), Amadea and Sebastian Weber; Clare and Nicholas Drewes.

To plant trees in memory, please visit our Sympathy Store.
Published by Denver Post on Jan. 3, 2016.
MEMORIAL EVENTS
No memorial events are currently scheduled.
To offer your sympathy during this difficult time, you can now have memorial trees planted in a National Forest in memory of your loved one.
MAKE A DONATION
MEMORIES & CONDOLENCES
Sponsored by The Denver Post.
1 Entry
Thank you for your contributions to geology
Ian
Student
January 18, 2021
Showing 1 - 1 of 1 results