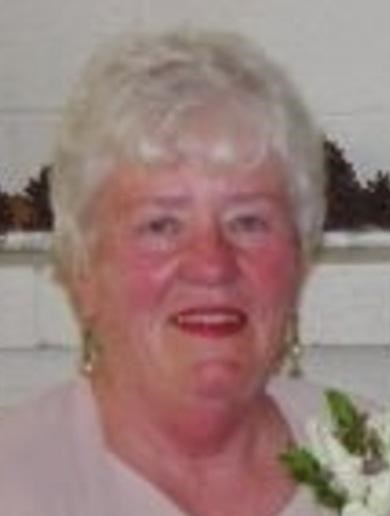 77, died surrounded by love on November 13, 2012, at the home of one of her daughters in Woodinville, Washington. She was born August 29, 1935 in Portland, Maine the daughter of Margaret and Harold Kimball. In 1957 she graduated from Colby College and in 1959 received a Masters in Speech and Audiology from Stanford University. After graduating, Janet moved to Denver where she became the head of Speech and Audiology at Children's Hospital. Janet was 27 when she met the young architect George Clymer. Their first date was the "French 76 sports car rally". They loved art, books, sports, music and family. In 1963 they married at St. John's Cathedral in Denver. Janet was committed to public education, particularly desegregation of Denver schools. She volunteered with Friends of the Denver Public Library and with her friend Sue Swanson started Congress Park soccer for girls. Jan and George retired to Mayfair Farm in New Hampshire where they had sheep, dogs and a quarter horse. Janet worked at the Toadstool bookshop where she was a beloved independent bookseller and head of the children's book dept. She won the National Bookseller of the Year. She returned to school attending Harvard College to take courses in mediation and became a mediator of the Cheshire Mediation Center. After George's untimely death in 1994, she took care of the farm herself. On a rainy evening in 2008 Janet went out to feed the sheep and suffered a massive stroke. Janet's effortless abundance of talk, crafts, work and entertaining were cut short by her inability to speak and her confinement to a wheelchair. She spent the next five years demonstrating that life could be appreciated everyday by connecting with friends, making art and expressing herself with facial expressions and a few words. Janet is survived by her children and their families: her daughter Liz Clymer and her partner Tonja Ridgeway, her son Bill Clymer and his wife Sarah Marold Clymer, and their children Elizabeth, Mary, George, and daughter Margaret Clymer Flatness and husband Scott Flatness and their children Adam and Austin, her sister-in-law Lynn Clymer Elder, brother's-in-law Andrew Elder and John Guilbert, numerous nieces and nephews and her service dog Keegan. Services will be held at St. Thomas Episcopal Church in Denver Colorado on December 15, 2012 at 10:00 a.m., and a memorial gathering this summer in Harrisville, NH. In lieu of flowers remembrances may be sent to the Friends Foundation of Denver Public Library www.dplfriends.org or Historic Harrisville www.historicharrisville.org or Guild Assistance Dog Partners (GAP) of Denver www.gapservicedogs.com
Published by Denver Post on Nov. 29, 2012.
To plant trees in memory, please visit the Sympathy Store.
MEMORIAL EVENTS
To offer your sympathy during this difficult time, you can now have memorial trees planted in a National Forest in memory of your loved one.
MAKE A DONATION
MEMORIES & CONDOLENCES
12 Entries
I was a fellow independent bookseller and colleague of Janet's through the New England Childen's Booksellers Association. She was a positive, lively spirit at our meetings and always had a kind word to say to her fellow booksellers. It was clear she loved her work, the books she sold, and the customers to whom she sold them. I feel blessed to have known her. No doubt were she here she'd be able to recommend the perfect book to help each of us deal with her loss.
Alison Morris
December 10, 2012
We are so fortunate to have known and spent time with the beautiful Janet Clymer. Our thoughts are with her family.
Tristie, Thomas and Declan McJilton
December 5, 2012
I am blessed to have shared time with Janet at Colby and in New Hampshire. A truly formidable, tenacious, loving woman. Lessons I carry with me. Love from New England to my dearest Margaret and her family. Love you.
Jean Card
December 5, 2012
Mrs. Clymer was one of the nicest Moms I knew growing up in Denver. The whole family reflected her kindness. May she rest in peace.
Liz (Kimmett) Roberts
December 4, 2012
My deepest Condolescances to Janet's family on her passing. Janet will be greatly missed but never forgotten. I have been blessed with having Liz and Tanya as my next door neighbors for many years. The Clymer's and Ridgeway's are like a second family. I have loved getting to know Janet especially over the last 5 years. Her beautiful smile and wonderful hugs. You all are in my thoughts.
Larry Darnell
December 2, 2012
You were my second Mom. You took me into your home and family which changed my life. You will always be in my heart.
Susan Luna
December 1, 2012
As chair of the Department at Children's Hospital in Denver, Janet hired me as an Audiologist (my first job out of Stanford). I always admired her skills as a clinician and administrator. I've loved Denver and have never left, thanks to her decision.
Adrienne Andrews Glenn
November 30, 2012
I wanted you to know that Janet was able to help my daughter cease stuttering and we are deeply appreciative of her sessions with her, Polly Strong. Janet was a wonderful, caring speech therapist and I remember her with love. My daughter went on to be a professor at the U. of Texas so you can see that the therapy really worked. She will be missed by many I know and my heart goes out to her family.
Hatsy Strong
November 30, 2012
What a class act and most loved woman! Fun, kind, gentle, smart, witty and so loving. Indeed, a life well lived. You will be missed and remembered, always. Deepest and most sincere condolences.
Peace.
Todd Pepin
November 29, 2012
Nancy and Jim Marchbank--our sympathy to her family
November 29, 2012
May the family look to our Creator for comfort in this time of distress and grief. Psalm 86:6,7 You have my deepest sympathy.
November 29, 2012
Fondly remembering my college roommate, my lifelong friend! Condolences to family and friends of Janet.
Ellie Gatenby, for Art, too!
November 28, 2012
Showing 1 - 12 of 12 results