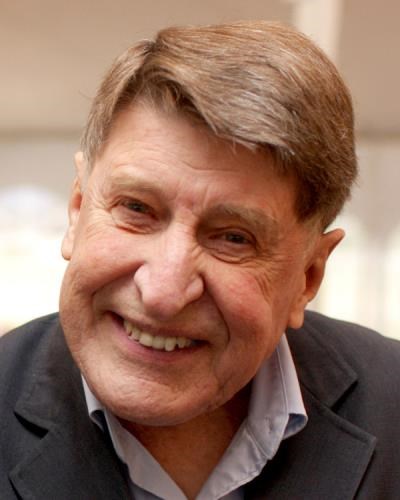 BORN
1932
DIED
2018
FUNERAL HOME
Monarch Society
1534 Pearl Street
Denver, CO
Lester Ray Woodward, beloved husband, father, grandfather, and friend, died peacefully in his sleep with family by his side, September 5, 2018. A funeral service will be held at Augustana Lutheran Church, 5000 E. Alameda Ave. on Friday, Sept. 14, at 10:30 a.m. to be followed by a reception at the church. Les was born to Wendell and Mary Woodward on May 24, 1932 in Lincoln, NE. He married Marianne Martinson on December 27, 1958. He is survived by his wife, four children: Victoria, Richard, David, and Andrew, and nine grandchildren: Catherine, Kristina, Adrienne, Christopher, Sophia, Diego, Brandon, Annabel, and Anderson. Lester graduated from the University of Nebraska in 1953 and earned his law degree at Harvard University in 1957. In 1974 he was awarded an honorary doctorate from Bethany College, Lindsborg, KS. Les was a Lawyer at Davis, Graham & Stubbs for his entire professional career beginning in 1957. He was a teaching Fellow at Harvard Law School in the academic year 1959-1960. He served on multiple Board of Directors including Bethany College, Denver Chamber of Commerce, the Colorado Commission on Higher Education, Public Education Coalition, Citizens for Quality Schools, and the Board of Education, Denver Public Schools. His impact on the community is immeasurable and his legacy will extend well into the future. Les was active at Augustana Lutheran Church. He coordinated the acolytes at the church for 40 years, taught Sunday school, and served on the church's council several times. Les will be dearly missed, and fondly remembered by all who knew him for his humor, compassion, wisdom, generosity, and love of chocolate. Donations in memory of Lester can be made to Augustana Lutheran Church, The Denver Public Schools Foundation, or Lutheran Family Services.

Published by Denver Post from Sep. 9 to Sep. 13, 2018.
To plant trees in memory, please visit the Sympathy Store.
MEMORIAL EVENTS
Sep
14
Funeral service
10:30a.m.
Augustana Lutheran Church
5000 E. Alameda Ave., CO
Funeral services provided by:
Monarch Society
MAKE A DONATION
MEMORIES & CONDOLENCES
Sponsored by The Denver Post.
11 Entries
I think most Coloradans can thank Lester for his involvement in moving Michael Bennett from private enterprise into more human-serving endeavors. Lester likely changed the entire "story" of our state as a member of the board. That's a large, positive, footprint.
Becca Kreidler
September 20, 2018
My condolences to the family. I got to met Les at several family events. He seemed like a pillar in his community.

Jeanie Gritton-Adkins
September 20, 2018
My heartfelt feelings to the family and friends. I got the opportunity to meet Les through my sister and her husband, nephew of Les. I now know that Les was a legacy in his association with DPS.

Jeanie Gritton-Adkins
September 20, 2018
Les was a pillar of strength, moral character and awesome humor for as long as I've known him. His service to children the students of DPS was and is legendary. He will be sorely missed.
Tony Lewis
September 20, 2018
Les you will be sorely missed. Your wise counsel and calm demeanor were greatly appreciated.
steve goodbarn
Friend
September 14, 2018
I always had tremendous respect and admiration for Les. He was such a kind and generous person and was always smiling. My deepest condolences to Les's family.
Susana Cordova
September 14, 2018
Les, When I think of you and your joy my heart fills with all the happy feelings. You were so much more than a guy who trained acolytes when I was in high school. My group was a rowdy bunch, reminiscent of the old Hailey Mills film, The Trouble with Angels. You made church the place to be and you made our little group a family. Thank you for being a true mentor and epitome of an excellent human being. You are missed, and my love goes out to your family. Your loss is a deep one.
Paula Orwig Leach
September 13, 2018
I extend my condolences to the Woodward family.

It was always a pleasure to work with Les when he advised a company where I was an officer.

I was delighted by his stories about the ice skating rink he maintained at his home (reminded me of my childhood in Wisconsin) and his skiing with family set a nice goal for me.

May he rest in peace.
Fred Beisser
September 12, 2018
JEFFREY Boe
September 11, 2018
As you remember your loved one, as God heals your broken hearts (Psalm 147:3), may your treasured memories bring you peace, comfort, and strength to endure.
September 10, 2018
It is so hard to lose such a wonderful friend, neighbor and family man. So kind and generous to everyone. For years Les spent hours all winter keeping and ice rink in shape for the neighborhood children. How perfect it was. They still have a wonderful bond of comraderie through all these years. Many happy times were spent at the Woodwards. Les made a difference in many lives. He will truly be missed. Our sincere codolences to all the Woodward family.