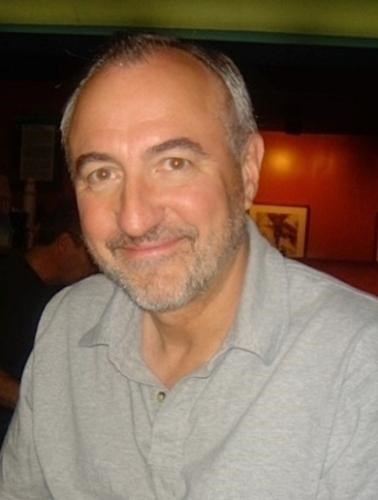 BORN
1948
DIED
2015
Jerry died peacefully on February 7, 2015, in Denver, Colorado, from complications of Guillain-Barre Syndrome. Jerry was born September 12, 1948, in Dayton, Ohio, to Sam and Lucy Keker. He grew up outside Washington, D.C., where he was a Boy Scout, basketball player, and lover of nature. As a boy, he terrified his family by keeping a zoo of amphibians and reptiles in the basement of the family home. After high school, Jerry enlisted in the United States Marine Corps in 1967, served in Vietnam as a Reconnaissance Marine, trained in sky diving, underwater demolition and counterinsurgency warfare. He was awarded a Purple Heart for wounds he received in combat. After his service, he graduated from the University of Hawaii, financing his education by working as a teamster on the Alaska Pipeline. While in college, he was a champion sky diver, setting records for star formations over Hawaii. After college, Jerry became active in Democratic politics in suburban Maryland, took up chess and started a program of teaching the game to inmates in county jails. In 2004, he moved to Boulder, Colorado, to live a serious outdoor life: skiing, playing tennis and most of all taking huge hikes on the Continental Divide and Pacific Crest trails, including all 500 miles of the Colorado Trail. Jerry is survived by his mother, Lucy S. Keker of Chevy Chase, Maryland, his brother and sister-in-law, John and Tina Keker of San Francisco, California, and by two nephews, Adam Keker of San Francisco, California, and Nathan Keker of Oakland, California. The family would welcome hearing memories of Jerry from his friends, in Colorado and Maryland, by email to [email protected]

Published by Denver Post from Feb. 20 to Feb. 21, 2015.
To plant trees in memory, please visit the Sympathy Store.
MEMORIAL EVENTS
To offer your sympathy during this difficult time, you can now have memorial trees planted in a National Forest in memory of your loved one.
MAKE A DONATION
MEMORIES & CONDOLENCES
Sponsored by The Denver Post.
14 Entries
Jerry Keker was our three boys' favorite babysitter..We all loved him. He lived a full life, in a short time.
Ann Joseph
Friend
February 18, 2019
I met Jerry here in Boulder and we played tennis occasionally. He was so strong handling the minor complications of Guillain Barre Syndrome that he had had a number of years ago. What a pity that the disease had come back. I was just thinking of him the other day when I learned of his passing. My best wishes to his family.
Randall Clarke
August 21, 2015
Jerry was a very special person - always took time for everyone - He was especially kind to my then teen-age daughter.

I will always remember Jerry directing the Peter Franchot for Delegate Campaign - and for spending the weekend at his house with no sleeping labeling the BIG RED Primary Ballot - but he did get Peter elected much to the chagrin of the establishment!

Jerry was great at politics but most important he was a wonderful, caring human being

I will always think of him fondly.

I am so sorry to learn of his death. My prayers and sympathies to the entire family, especially Lucy.
Joan Gentile Lott
April 10, 2015
I'm jerry Eisner and I live and work in Rockville Md. I met jerry in the 80's as a racquetball friend. We played often with Ricky Reff and Jerry and myself. Jerry turned out to be a highly talented racquet ball player who developed many tricky shots that gave all of us his competitors a very hard time trying to score points. He was a totally honest and sportsmanlike human being and friend. I also agreed totally with his politics even though he usually chose not to discuss work matters. But we all knew he supported the causes for those who were the most in need and that he chose to devote his life to making the world a better place. Jerry always had time for us. He was pleasant, fiercely competitive, totally friendly, warm, and honest. Jerry made such a strong impression on me that I have complete recall of all the times we spent together. It's impossible to believe that he has passed. He was a true fine human being and I will never forget his friendship and I will permanently keep Jerry's memory in my mind and my heart and my prayers! My most sincere condolences to everyone in the family regarding Jerry's passing. May Jerry's memory always be a blessing to all of you. Sincerely, jerry Eisner
March 5, 2015
Patricia Kiefer
March 1, 2015
Jerry was on the Board of Directors for Credo International of which I am a co-founder and the current President and Executive Director. He eagerly took over the Prison Chess Program started by Credo co-founder Bill O'Reilly, CPA, and worked together with Bill in teaching chess to prisoners in Montgomery County, MD. Following Bill's death, Jerry wrote a wonderful article about Bill for our Credo newsletter and was always available by telephone to give advice whenever I asked him for it. I, too, knew of his great love of the outdoors and spoke to him several times on the phone after he left for Colorado (and was very sad to see him leave our area). He was wonderfully upbeat, friendly, and supportive person for our charity work.

For those of you who are to know, Credo International is a nonprofit tax-exempt organization dedicated to helping orphans and abandoned and homeless children in Africa and Brazil, and to promoting peace among people of all religions. Our "domestic program" was the Prison Chess Program as both Bill O'Reilly and Jerry had such a great love of chess. Jerry was instrumental in writing a project grant to raise $5,000 for the Credo Prison Chess Program which he administered by purchasing chess books for inmates. We obtained the funds from the National Chess Federation.

Jerry will have a high place in Heaven for his work with the most neglected and rejected persons of our society. And I particularly will remember him for his wonderful support as a Director on our Board of Directors. May his soul rest in peace. And our kind condolences to his family.
Patricia A. Kiefer, President
Credo International
P.O. Box 1328
Harpers Ferry, WV 25425
Patricia Kiefer
February 26, 2015
We met Jerry at the National Geographic museum in DC (about 10 years ago) attending the Banff Film Festival - we have a mutual friend Linda. While we didn't know him well, what I did know was he loved of the outdoors and nature - and his zest for life and adventure was certainly inspiring. Prayers to his entire family during this difficult time and may they find some comfort that he's exploring heaven and all its endless trails. Our deepest condolences.
Mary & Cliff Bennett
February 26, 2015
We enjoyed working with Jerry on many union and political activities important to all people. Jerry was a hard worker for those issues and was a good friend to those working with him. He will be missed. He is probably working the room in heaven meeting and greeting all.
Jim and Jean Morrow
February 24, 2015
I was a neighbor of the Kekers in Chevy Chase where I grew up. What a wonderful, kind, loving family. Jerry was a year ahead of me in school and was always kind to everyone. The last time I saw him was 15 years ago when he came to my mom's funeral with his dad. I am so sorry to hear of his death as I'm sure he still had a lot of adventure in him. My prayers to his family, especially his mom, Lucy, who is and has always been a very special lade.
Kathi Lancaster McGaha
February 22, 2015
Went to school with Jerry's brother, John. Such a hard thing to lose a sibling. Bless your family.
Jean McCabe Brown
February 22, 2015
I remember Jerry well from Rollingwood Elementary, where he was a cheerful and free-spirited kid - and friend. It sounds like his later life was similarly happy. My deep condolences to his mother, brother and family.
Donald Camp
February 20, 2015
Fond memories of Jerry as a classmate for two years at Rollingwood Elementary and another two years at Leland Junior High School, as well as a fellow Boy Scout. I recall high spirits and insatiable energy - and what a full life he crafted! With gratitude for his service, and sympathies for his loss.
Thomas Weil
February 20, 2015
Sending my deepest sympathy to Lucy and John and family.We have such fond memories of Jerry...he was very special. Ann Joseph
February 20, 2015
My sincere condolence to Samuel's family. May Almighty God bring.your family much comfort in your time of sadness.
February 20, 2015
Showing 1 - 14 of 14 results