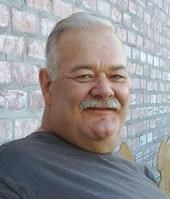 Alan Ray Rice Born in Salt Lake City Utah on October 18th, 1955 to Alfred Rice and Shirley Baker Rice. He passed away peacefully at his home on September 10th, 2021.

Alan loved life and was full of love for all his family and friends.

Alan was a member of the Church of Jesus Christ of Latter Day Saints and enjoyed his time in the Boy Scouts of America.

He attended Murray High School and was a member of the marching band as a tuba player. During his time in the band, they were invited to be and participated in a parade in Canada.

He had a love for his country and served in the United States Army as an Armorer and Unit Supply Specialist from 1974 to 1977 and was a member of the American Legion.

Alan was an operator for many years with Chevron and Amoco Oil refineries.

He was married to Debbie Jensen and the two had their son Jerry. They later divorced.

He was married to Debbie Michaels and had three children, Amber, Aimie and Dallin. They later divorced.

He was married to Kimberly Belski Rice at the time of his death. He shared her children Ashlee, Shawna and Adam.

Alan you will be so missed by everyone who loves you. You always had a heart of gold and the best bear hugs and shoulder to lean on anytime anyone needed you. You always said that we will never be apart because we will always be under the same sky.

A Celebration of life will be held on Monday immediately following the funeral services at Murray Park in Pavilion Four at 460 East Vine Street entrance. Lunch will be served. We hope all can join us to celebrate Alan and remember all the good times we have had with him.

In lieu of flowers please make donations to Utah Support Advocates for Recovery Awareness at www.myusara.com in the memory of Alan or the National Alliance on Mental Illness Utah Chapter at www.namiut.org.

Please note to view the funeral service live. There will be a link to click on prior to the service starting at www.jenkins-soffe.com