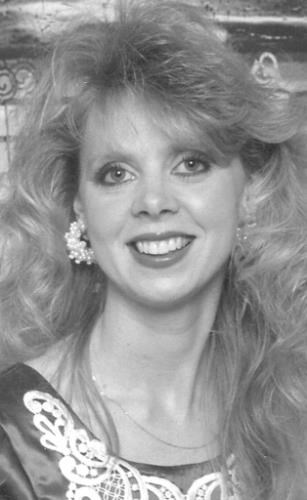 BORN
1969
DIED
2016
FUNERAL HOME
Jenkins-Soffe Funeral Home & Cremation Center - South Jordan
1007 W South Jordan Parkway
South Jordan, UT
"Angie"
Angelette June Brusik (Angie) unexpectedly left her earthly home and was warmly greeted by her loved ones on March 6, 2016 to receive her well-earned reward in heaven. Our sweet angel was a beloved daughter, sibling, mother and true friend to many. Angie was born in Salt Lake City on June 30, 1969 to Bill and Robinette Brusik. Angie graduated from Hillcrest High and attended Dixie College. Later she married Greg Lund and had two beautiful daughters, Ariel and Amelia Lund, who were the joy and heartbeat of her life. Angie's joyful personality brought happiness to all those who had the fortune to know and love her. Her two precious daughters will be a continual and positive reminder of their resolute and beautiful mother. Angie's persistent lack of good health presented an ongoing battle, but her spirit remained resilient and determined. Her resolve to get back up, stand tall, and move forward is part of the legacy she leaves. She took pride in her appearance, was thoughtful and extremely forgiving. She taught her family unconditional love and the importance of removing labels. Angie loved animals, especially horses. She rode in the Silver Spurs and received winning honors. Her employment started in the aviation industry and later transitioned to city government where she earned several awards for outstanding performance. A member of the Church of Jesus Christ of Latter Day Saints, Angie was sealed in the Salt Lake Temple and had various church callings. She is mourned by those she leaves behind, but enthusiastically greeted by many on the other side of the veil. She is survived by her maternal grandmother Donna, parents, daughters, her siblings and their spouses (Tiffany & Corey, Yvette & Randy, Nathan & Ashley, Nicole & Chris), 14 nieces and nephews, and many family members and friends who loved her. Services in her honor will be held March 12, 2016 at Jenkins-Soffe South Valley, 1007 W. South Jordan Parkway (10600 S), South Jordan from 10 am - 1 pm. Interment at Salt Lake City Cemetery. Online condolences may be shared at www.jenkins.soffe.com. 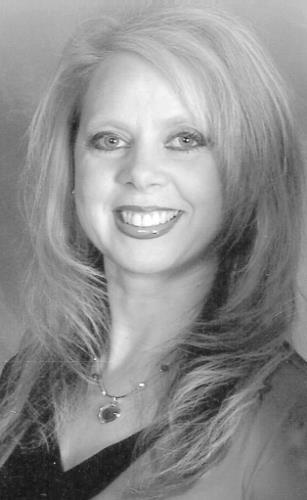 I am shocked and saddened to hear of your loss. I just found out of her passing via a Facebook search.

I met Angie in December 2015 through a Meet-Up group. We saw each other almost weekly for three months. I last heard from her in March 2016 from a text message. I had no idea of any health issues.

Angie was always cheerful and a joy to be around. She was so bright and beautiful. I never saw any storm clouds hanging over her as her disposition was ever so positive. Please accept my condolences, belated as they may be.

John Leonard
September 17, 2017
I just found out about Angie & My hart goes out to Bill and Robinette, Ariel and Amelia & to all Angie's familly whom i know she loved deeply!! Ive known her for a verry long time & loved her verry much, she was a verry special lady & very big part of my hart is crushed!!! I want to give my condolence to all her friends and familly, i will truely miss her!!!!! (From Lonnie)
Lonnie Howa
November 4, 2016
Bill and Robinette

Our family is sorry for the loss of Angelette. I hope the thought that she is in a better place now gives some comfort to all.

Patrick Bayne
March 27, 2016
To the Loved Ones of Angelette June Brusik,

Please accept my deepest condolences I'm very sorry for your loss.
May the God of Love and of all Comfort and Hope strengthen you as you throw all your sorrows and burdens upon Him for He cares for you.
I pray that His loving words and support will help to heal your broken hearts.