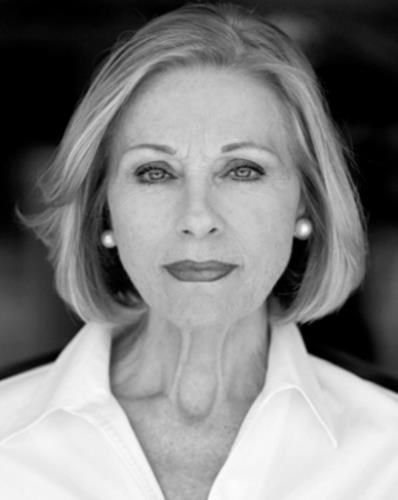 BORN
1943
DIED
2018
FUNERAL HOME
Larkin Mortuary - Salt Lake City
260 East South Temple
Salt Lake City, UT
Ariel Bybee
1943 - 2018
Ariel Bybee died peacefully at her home in Salt Lake City, Utah, on March 20, 2018, at the age of 75. A renowned opera singer-according to Opera News, "a prominent mezzo at the Metropolitan Opera for eighteen seasons"-Ariel was also distinguished as a soloist, voice teacher, and university professor and opera director.
After receiving a bachelor's degree from Brigham Young University, Ariel won the San Francisco Opera National Auditions, leading to five seasons at the San Francisco Opera in such roles as Musetta in La Bohème, Inez in La favorite, and the title role in Carmen ("Hats off, gentlemen, a Carmen! Her name is Ariel Bybee," Martin Bernheimer, Los Angeles Times).
Ariel moved on to the Metropolitan Opera in 1977, where she would sing over 450 performances as a principal artist. She first earned accolades as Jenny in Rise and Fall of the City of Mahagonny ("From now on, the role of Jenny will have to be judged against her definitive interpretation," Barton Wimble, New York Daily News). Ariel's numerous roles at the Met included Annio in La clemenza di Tito, Hänsel in Hänsel and Gretel, Niclausse in Les contes d'Hoffman, and Suzuki in Madama Butterfly.
In 1985, Ariel appeared on stage with the New York City Ballet in its production of Songs of the Auvergne, and she debuted at the Ravinia Festival in Electra. She made her highly successful debut with the Washington, D.C., Opera in Menotti's The Consul and her European opera debut as Melisande at the Sofia, Bulgaria, Music Weeks Festival. One of her favorite performing experiences was with the Vienna Philharmonic (Lorin Maazel conducting) in a concert performance of Elektra at Carnegie Hall.
In 1972, Ariel married John Neylan McBaine in San Francisco, California. Their daughter, Neylan (whom Ariel always referred to as "my perfect child"), was born in 1977. The couple divorced in 1996.
In 1998, after retiring from the Met, Ariel moved to Lincoln, Nebraska, to marry English professor Dr. James E. Ford. Having dated as teenagers, the couple were reunited forty years later. Ariel joined Jim on the faculty of the University of Nebraska-Lincoln as Artist-in-Residence and Associate Professor in the School of Music. Ariel and Jim were able to blend their interests in the creation of dozens of programs combining music and literature, which they performed in scores of venues around the world. During her time in Lincoln, Ariel taught voice and directed operas. In 2007, her production of Frank Loesser's The Most Happy Fella won the Grand Prize at the Waterford (Ireland) International Festival of Light Opera. When she left UNL as an emerita professor, the University honored her by endowing the Ariel Bybee Chair of Opera Performance.
In 2006, Ariel was diagnosed with Myelodysplastic Syndrome, a rare blood disease. In 2008, she moved to Salt Lake City, where she taught voice at the University of Utah. She benefitted from being under the care of the doctors and nurses of the Huntsman Cancer Center.
Most important to Ariel were the contributions she made as a member of the Church of Jesus Christ of Latter-day Saints. She devoted herself to using her musical ability to build up her church community by inviting the spirit into their lives. Some of her most treasured experiences were when she sang hymns and other sacred music, including a performance of "How Great Thou Art" for President Bill Clinton and other guest at the National Prayer Breakfast in 1996. She regularly performed at the Visitor's Center of the Washington, DC, Temple for ambassadors and other dignitaries. She soloed several times with the Mormon Tabernacle Choir and sang for LDS Church President Gordon B. Hinkley at his 90th birthday party. Ariel recorded two albums of sacred music, O Divine Redeemer and Eternal Day. Hearing her bear her testimony through music will remain a treasured experience for many.
Ariel is survived by her husband, James E. Ford; and her daughter, Neylan McBaine (Elliot Smith). She has three granddaughters, Esme Smith Auden Smith, and Dalloway smith. She is also survived by her older sister, Diana Anderson; younger brother, David Bybee (Doria); and younger sister, Stephanie Percival (Mike). Ariel is preceded in death by her brother Richard Bybee.
Funeral services will be held on Friday, March 30, 2018, at 11:00 am, at the Ensign Stake Center at 135 A Street east (between 2nd and 3rd Avenues). Interment will take place at the Salt Lake Cemetery after the service. Flowers may be sent to Larkin Mortuary on South Temple, or donations may be made in Ariel's honor to the Ariel Bybee Vocal Scholarship in the School of Music at BYU or to Friends of Opera of the School of Music at the University of Nebraska-Lincoln.
Published by Deseret News on Mar. 25, 2018.
To plant trees in memory, please visit the Sympathy Store.
MEMORIAL EVENTS
Mar
30
Funeral service
11:00a.m.
Ensign Stake Center
135 A Street east, UT
Mar
30
Interment
Salt Lake Cemetery
UT
Funeral services provided by:
Larkin Mortuary - Salt Lake City
MAKE A DONATION
MEMORIES & CONDOLENCES
Sponsored by Larkin Mortuary - Salt Lake City.
15 Entries 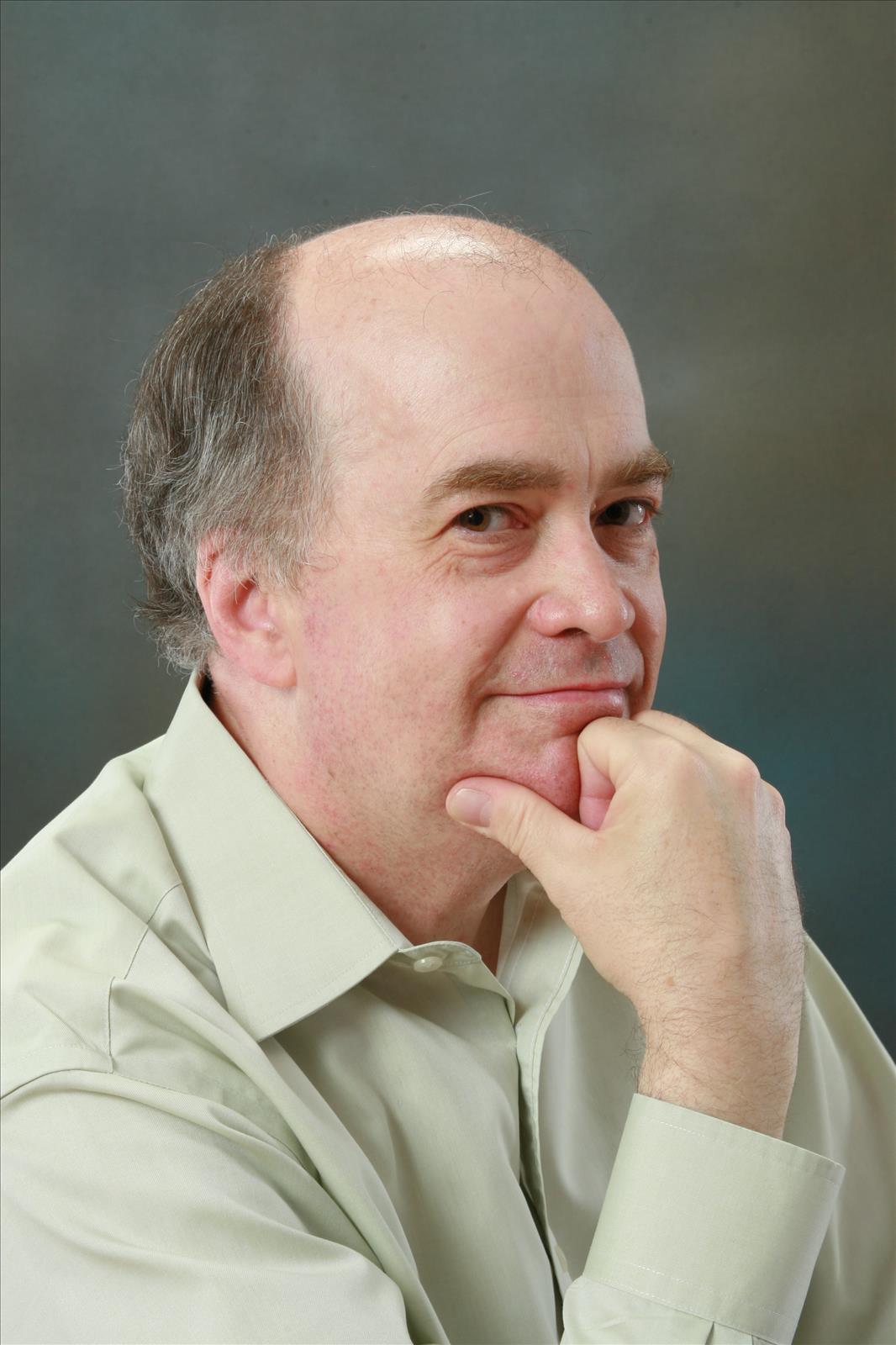 Jim,
My mother, Charlotte, let me know of Ariel's passing. I have spent a few minutes today reading about her life and career, and remembering you from Chicago days. I also remember the glorious time she sang in the family room of my parents' house at 5543. You were a very big and good influence on me my senior year of high school, 1971-72. You taught me a lot. Also, you let me drive your Mustang.
Jim Johnston
December 10, 2018
Jim, was just now made aware of ariel's passing. Though we've lived geographically miles apart I've thought about you over the years and have a great deal of respect and love for you both. Thanks for being an example for good in our youth.
Sincerely, Steve Sandberg
Steve Sandberg
November 18, 2018
Steve Sandberg
November 18, 2018
Dearest Ariel,
I will miss you. We met through your sister, Diana, when she and I were students at BYU. You were still in high school. Much later, when you came to New York City, I got you a room in my dormitory at Columbia University. We will meet again! Sue (Yank) Porter
May 2, 2018
I heard Ariel sing for the first time when I was a young girl in Wilshire Ward in Los Angeles. Since that time my Mother would always say that she would love Ariel Bybee to sing O Divine Redeemer at her funeral. My Mother passed away on January 11th and now I see that Ariel passed away just a few months later. I'm sure she is singing in heaven and my Mother must be so happy! I can still hear her beautiful voice in my mind. My condolences to her loved ones, she blessed so many lives with her sacred gift of music.

Shirley Ann Goodman Aston
April 19, 2018
Jim,
It was you I knew first and then you introduced me to Ariel. I loved hearing your story of how you met and how you both found each other again. It was a joy and pleasure to have been a part of your lives every month for the 10 years you were here together. My heart is still heavy, as I remember the sweet conversations I had with your wife. I pray you find comfort and peace in the days ahead as you continue to hear from those whom Ariel influenced and touched. You were both an example of how you live with a commitment to your faith and family. I was blessed for having known her and you. Prayers continue for the days ahead.
Lori Droud,
Lincoln, NE
Lori Droud
April 2, 2018
I was mesmerized by Ariel singing in Carmen at BYU about 1966., and have never forgotten it. The world will not be so bright a place. Victoria Morrison
April 1, 2018
She was a great teacher, and I enjoyed my time with her in Nebraska and all the operas she directed and allowed me to be in at the time.
Jeremy Jaeckel
March 30, 2018 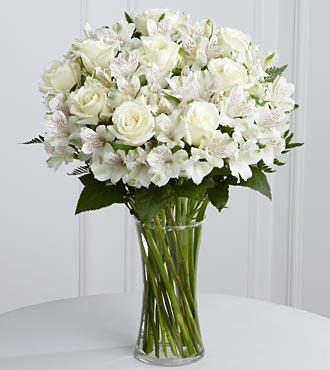 Judy Mounts
March 29, 2018
To Ariel's family,
Gary and I were grieved to hear of Ariel's passing. She possessed such great talent, beauty, and goodness. We admired her and have always been grateful for our friendship with many of you, her family members, and we know you must feel bereft of her great presence. We want you to know of our deepest sympathy and loving thoughts at this time.
Gary and Ann Lobb
March 29, 2018
You were such a gift to this world and all who knew you! I will forever be honored and grateful knowing you and getting to see you every week! Doing your hair was a pleasure since it was an accessory to the beauty you possessed, which shined brightly from within!

With love,
Denice
Denice Croft
March 29, 2018
Ariel... my starlit friend... her shining spirit... her laughter.. her deep spirituality.. her wonderful voice that lives on through memories and recordings.. her great beauty... beloved ariel.. we will all met again. my love to her daughter whom i have admired from near and afar... to her granddaughters, whom i didnt know.. and to her devoted husband jim, whom she loved for so long. ariel will be missed enormously by so many. how fortunate we are to have had ariel as part of our lives. how grateful we are for our immortality.
Gretchen DeWitt
March 27, 2018
Dear Neylan,

I looked up to your mother in so many ways. She was always so supportive and positive about my career and offered great advice.

To all, she was a tremendous light, an example of a daughter of God, magnifying her talents.

May you find comfort and peace in knowing that all she became on earth is now crowned with glory.

Much love to you and all the family.

Diana Walker Neve
Diana Walker Neve
March 26, 2018
I'm so sorry to hear this news and consider myself so fortunate that I was able to share time with Ariel as a faculty member at UNL. I will never forget how, in my first semester at UNL, Ariel agreed without hesitation to come to one of my classes and talk to the students about her time as both a public school teacher and a prominent opera singer. She was so kind to this new faculty member and although she retired only two years after I arrived, her impact on me has been long lasting. My sincere condolences to Ariel's friends and family members. She will be missed.

Best,
Tony Bushard
Associate Professor, Music History
GKSOM at UNL
Lincoln, NE
Tony Bushard
March 26, 2018
Our hearts and souls were so blessed and touched in our relationship with Ariel. She greatly affected the lives of so many institute students at UNL and forever lifted our hearts with her skill and talent in singing and helping youth magnify their voices in praise to the Lord. The institute choir will always be grateful for her help as we sang for the Lincoln Nebraska stake conference. God bless you our dear kind Ariel. May you now blend your sweet melodic voice with the many angels who have preceded you.

Even more so, Diane and I will always be thankful for your influence and tender kind spirit as we attended operas with you, sang in your home, and felt the tenderness that so many others loved about you. Love, Mick and Diane Smith
March 25, 2018
Showing 1 - 15 of 15 results