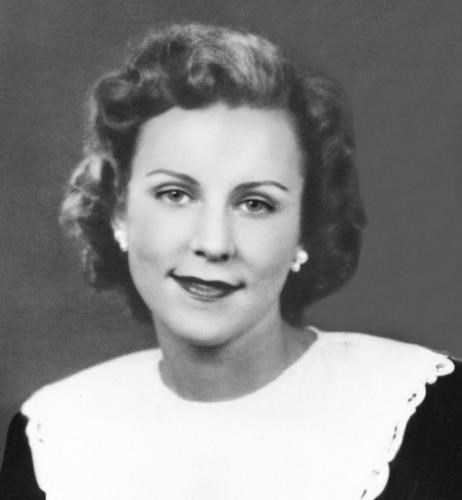 BORN
1921
DIED
2020
FUNERAL HOME
Larkin Sunset Lawn
2350 E 1300 S
Salt Lake City, UT
Arva Holbrook Whitby
1921 - 2020
Arva Holbrook Whitby of Salt Lake City, UT passed away on the evening of January 19, 2020 at the age of 98. She was preceded in death by her husband John Elvin Whitby, to whom she was sealed in the Salt Lake Temple. Together they built a home and a family on Logan Avenue, which she lovingly cared for over 65 years. Arva was a faithful member of the Church of Jesus Christ of Latter-day Saints.
Arva Whitby was born in Salt Lake City, UT on August 2, 1921 to Dr. Horace Cook Holbrook and Leona Grace Garn Holbrook. She graduated from East High School and attended the University of Utah where she was a member of the Delta Gamma Sorority. After her children had grown, she continued her studies at the University of Utah and studied Italian language and culture in Florence, Italy.
Arva was the seventh of eight children. Five of her brothers, Horace, Garn, Von, Boyd, and Brigham (Bim) Holbrook preceded her in death as did her sister, Leona Holbrook. She is survived by her younger brother, Eldon Holbrook, and by her five children: Robert H. Whitby (Kathleen Smith) of Greenwich CT; Paul G. Whitby (Karen Asnin) of New York, NY; Von H. Whitby (Virginia Martin) of Salt Lake City, UT; John H. Whitby (Lene Lind) of Ocean Park, WA; Marianne Whitby of Salt Lake City, UT and Irene Cornwall (Carter) of Belmont, MA, who became a daughter and sister to the family. Arva was blessed with thirteen grandchildren: Michelle Vanparys, Annabelle Zastrow, David Whitby, Allyson Torsak, Ashlee Lane, Alex Whitby, Matthew Whitby, John Lind Whitby, Thomas Lind Whitby, Annelise Briggs, Caroline Lind Whitby, Christian Lind Whitby, Enan Whitby; and thirteen great-grandchildren.
Arva was a sophisticated woman who valued education, hard work, loyalty, duty, and respect. After World War II broke out, with a one-year-old in tow, she traveled and worked around the country in support of the war efforts. As she raised her family she also worked alongside her husband in his second job as a bookkeeper for local restaurants. She instilled in her children and grandchildren the importance of school and work, responsibility, respect, good manners, moral values, and traditions.
Arva was cultured and well-travelled, with a passion for literature and the arts. She worked as a docent for several years at the University of Utah Museum of Fine Arts, was a proud member of the Daughters of Utah Pioneers (Leona G. Holbrook Camp), and the Ladies Literary Club. She enjoyed attending the Utah Symphony, Ballet West and the Utah Opera. Arva served faithfully for many years in the MIA, Sunday School, and Relief Society in the Foothill Stake. In her golden years, she travelled the world with her husband and visited Russia, Canada, Mexico, England, Scotland, Switzerland, Italy, France, and Reunion Island. She also enjoyed time with her children and grandchildren at the family cabin at Aspen Acres. Arva collected and curated her home with beautiful treasures, books, and art, and began a family tradition of gifting a silver Christmas ornament to each of her grandchildren for over 40 years.
Arva was an amazing host and cook who always made room at her dinner table or had a bed turned down for a last minute visitor, foreign traveler, or house guest. Everyone felt welcome at the Whitby home as she opened her door with a glistening wide-open smile and a clap of her hands. She cultivated relationships and friendships and always took time to treasure a beautiful sunset, remark on an exquisite painting, or note someone's accomplishments. She saw and shared the beauty in the world around her and didn't dwell on the negative. Although her memory faded in her later years, Arva always told beautiful stories of her childhood, her travels, and her children. Her family and friends will miss her strength, her light, her wisdom, her opinions, her friendship, her presence, and her smile.
Funeral services will be held Sunday, February 2, 2020 at Larkin Sunset Lawn (2350 East 1300 South, Salt Lake City, UT) at 11:00. Friends and family are invited to attend a viewing preceding the service at 10:00 am. 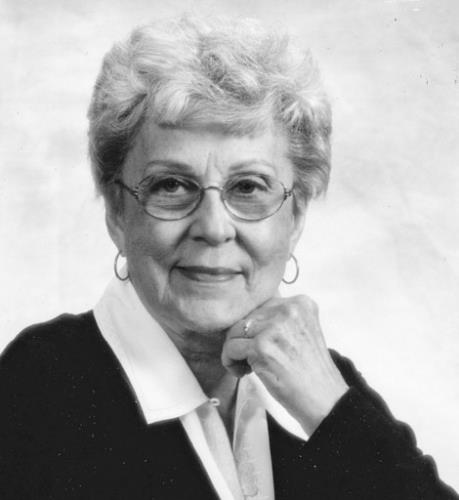 My deepest condolences to you for the loss of your Mother, Grandmother and Great Grandmother. There are no words that can ease the pain or adequately describe the feeling of losing someone so dear; She obviously had a wonderful and fulfilling adventure that lasted a long time. Certainly a Life Well Lived.