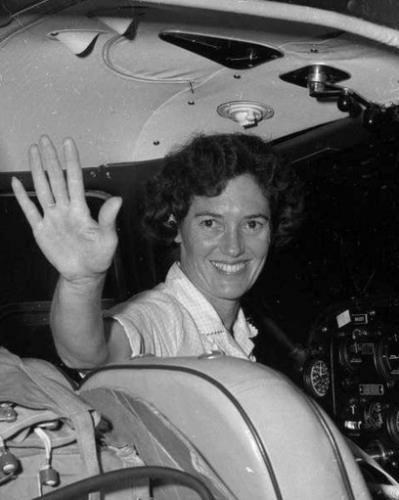 BORN
1926
DIED
2018
Betty Jean Verret Miller, Aviatrix
1926 ~ 2018
"Oh, I have slipped the surly bonds of earth, and danced the skies on laughter-silvered wings"… ("High Flight" by John Gillespie Magee, Jr.)
Betty Jean Verret Miller of Bountiful, Utah, passed away on February 21, 2018. She was born April 6, 1926, during one of the worst flooding rainstorms ever to occur in Venice, California. She attended Venice High School during World War II, and having grown up under the traffic pattern of the Santa Monica airport, was drawn to a course called "Radio Shop". After graduating, Betty was hired as an Aircraft Communicator by the Civil Aeronautics Administration (now the FAA). She worked at a number of airports in the western U.S. and during that time, met and married her husband, Charles (Chuck) Miller when she was stationed in Wendover. Chuck also had a fine career in the FAA. Their first meeting was the result of Chuck radioing Betty at the Wendover airport to report a wildfire caused by a meteorite he had seen as he was flying over the desert. They went to find the meteorite and kept a piece of that rock ever after.
The couple eventually settled in Santa Monica, California, where they owned and operated a flight school for many years, The Santa Monica Flyers. It was there that Betty's historic Pacific flight was conceived and planned. The Millers became involved in aircraft delivery through their good friend, Max Conrad, a well-known aircraft test pilot. Along with William Piper, the manufacturer of Piper aircraft, the group devised a plan whereby Betty would deliver a plane from California to Australia. No woman had ever yet completed a solo flight across the Pacific and Betty was well qualified to do it. After much planning and several weather delays, Betty (accompanied by her well travelled troll doll, Dammit), took off from Oakland in a Piper Apache on April 25, 1963. During the flight, Betty experienced stormy weather, equipment failure, and other problems, as well as landing in some very remote places. 7,415 miles later, Betty successfully completed the Pacific flight and landed in Brisbane, Australia on May 13, 1963. There she was greeted by a huge cheering crowd. The flight was widely covered by the Associated Press and newspapers the world over.
Betty was a longtime member of the Ninety-Nine's (women's pilot association founded by Amelia Earhart), and the Whirly Girls (female helicopter pilots). She held pilot certifications for and taught flying in many types of aircraft and helicopters. She flew in transcontinental air races and was a member and past chair of the FAA Women's Advisory Committee. She was asked by NASA to take part in the first tests to set physical standards for women astronauts in the Space Program. She even flew supersonic jets with her friend, Fitzhugh Fulton, another test pilot friend.
President John F. Kennedy awarded Betty the FAA's Gold Medal for Exceptional Service in 1963 to recognize her record-breaking Pacific flight. She was also awarded the Harmon Trophy by President Lyndon. B Johnson for outstanding international achievement in aeronautics. Her fellow recipient that year was astronaut L. Gordon Cooper.
Betty and Chuck lived in many places during their careers, and also established a flight school in Hawaii. Once retired, Betty became an avid artist. After Chuck died, she lived in Ocala, Florida, and then in 2012, moved to Bountiful, Utah with her yellow naped Amazon parrot, Paco. Journalists in the 1960's liked to describe Betty Miller as a "housewife" who just happened to know how to fly, but the truth is that Betty was a career pilot and pioneer in women's aviation.
Betty is preceded in death by her husband, Charles Miller, her parents, Earday Verret and Bertha DeLay Verret, and her sisters, Merle Sutherlin and Phyllis Dudley. She is survived by many nieces, nephews, and cousins who will dearly miss her adventurous spirit and fascinating stories. A memorial service will be planned for late spring or early summer. 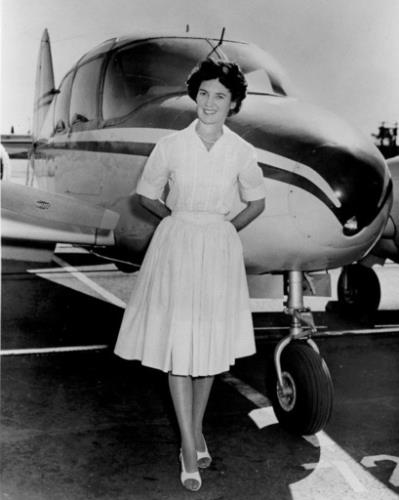 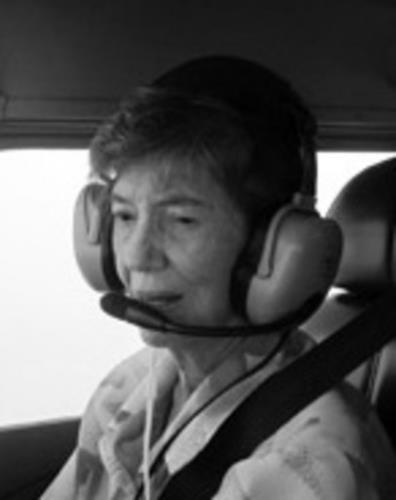 To plant trees in memory, please visit our Sympathy Store.
Published by Deseret News on Mar. 4, 2018.
MEMORIAL EVENTS
No memorial events are currently scheduled.
To offer your sympathy during this difficult time, you can now have memorial trees planted in a National Forest in memory of your loved one.
MEMORIES & CONDOLENCES
1 Entry
Sure do miss you dearly Aunt Betty... You are our Angel Pilot... Rest in Peace We will meet again one day, Lord willing... Gail
Gail Sutherlin/Hawes
May 2, 2019