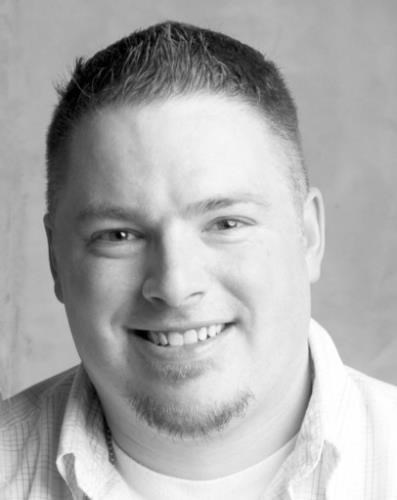 BORN
1978
DIED
2017
FUNERAL HOME
Aspen Funeral Home
3287 Parkway Blvd
Salt Lake City, UT
March 29, 1978 ~ Sept. 1, 2017
Brett made an early entrance into this world on March 29, 1978 and left us too early on Sept 1st, 2017. Born 8 weeks premature, he learned to be a fighter from the beginning. Not only a fighter for himself, but he was always a protector for those he loved, especially his two little sisters Tricia and Staci, and his brother Gregg.
He loved intensely and you always knew where you stood with Brett. He was fiercely loyal, always defending the ones he held closest.
He grew up loving baseball, golf, fishing, rock music, playing guitar, coca cola, and especially Utah football. He had a passion for the entertainment world, and would quote any movie after seeing it only once and often tested friends to see if they could keep up.
Brett was famous for his stuffed mushrooms, Friday spaghetti night, and anything he could grill. He was always particular with his dash of salt and dollop of Daisy.
He served in the Pennsylvania, Philadelphia LDS mission where he learned to love cooking, especially Philly Cheese Steaks. Brett fought hard for his education earning two bachelors degrees from the U of U and a masters degree in Family Nurse Practitioner through Westminster. He maintained a 4.0 and graduated number one of his class.
Most importantly, what brought him the most joy were his three beautiful daughters. He loved to watch them dance whether on stage or self-choreographed at home. They are the love of his life.
He is preceded in death by Grandpas Merv Jones, Claude Alexander; Aunt Jan Harrison; Cousins Ty Rasch, Bryan Alexander; and his human-like dog Jackson.
He is survived by his daughters Kaylee, Kenzie, and "Baby Doll" Lissy; parents Bruce and Debbie Alexander; siblings Gregg (Lacey) Alexander, Tricia (Brad) Taylor, Staci Alexander; his four nieces and two nephews who know him as Uncle Bub; and his Grandmas Donna Alexander Sonntag and Lavon Jones.
He will be separated for a time from Kaylee's back scratches, Kenzie's witty comebacks, and cuddles from Lissy. His parting messages to his girls - I love you, and "NO BOYS!"
Funeral services will be held Friday, Sept. 8, at 11 a.m. in the Peruvian LDS Ward, 1500 E. 8600 So. Visitation will be held Thursday from 6-8 p.m. and also on Friday, 9:30-10:30 a.m. prior to services BOTH at the Church. Burial will be in the Larkin Memorial Gardens. A Brett Alexander Memorial Fund is set up at any Mountain America Credit Union.
Online memories may be shared at aspenfh.com
Services in care of Aspen Funeral Home, 801-977-0278.
Published by Deseret News on Sep. 5, 2017.
To plant trees in memory, please visit the Sympathy Store.
MEMORIAL EVENTS
Sep
7
Visitation
6:00p.m. - 8:00p.m.
Peruvian LDS Ward
1500 E. 8600 So., UT
Sep
8
Visitation
9:30a.m. - 10:30a.m.
Peruvian LDS Ward
1500 E. 8600 So. , UT
Sep
8
Funeral service
11:00a.m.
Peruvian LDS Ward
1500 E. 8600 So., UT
Funeral services provided by:
Aspen Funeral Home
MAKE A DONATION
MEMORIES & CONDOLENCES
Sponsored by Aspen Funeral Home.
7 Entries
I'm sorry to hear of Brett's passing. He was an excellent student at Westminster, and the nurse practitioner profession surely lost a great provider.
Jennifer Stock, MSN, FNP
March 21, 2018
I just found out about his passing, I would like his family to know that I worked at home depot with him and he made my day so much easier not just by his kind heart but by his hard work to always help me when I needed a hand or just someone to call if I had a question. He made my day. I well never forget the time he was super frustrated at just needed someone to talk to, he came to me and just vented and he smiled and said thank you and I'm sorry your just a good friend haha.. I am going to miss him so. I'm so sorry you lost such an amazing person but I know you will have a great angel above.
jess smith
Coworker
September 13, 2017
To the family,
I am sorry to hear about your great loss. May the God who "binds up the brokenhearted " and "comforts all who mourn " sustain your family during this most challenging and difficult time.
Isaiah 61:1,2

- with heartfelt sympathy-
Ford
September 8, 2017
Debbie,
I am so sorry to hear of the loss of your son. I can't even to begin to imagine the pain you must feel. Please know that you and your family are in my thoughts and prayers.
Love, Kathy
Kathy McElroy
September 7, 2017
Please accept my condolences. May you find comfort and peace in your memories of your loved one. My the God of peace comfort you. Isaiah 61:1,2
Latrice
September 5, 2017
I just want to send my Deepest Condolences to Brett's wife, his three precious little girls, his mom, dad, siblings and many family and friends! I grew up with Brett and he had all of us always laughing! We always made a big deal about our Birthdays (being almost less than a day apart)! He will be Extremely missed! Sending my Thoughts, prayer's and Hugs to all of you!!!
Tarina Turpin Deltoro
Friend
September 4, 2017
Bruce and Debbie, I don't know what to say. I am so sorry for your loss. I'm in total shock. Our hearts. And prayers are with you and your family. We love you guys
allan and lois Paul
September 4, 2017
Showing 1 - 7 of 7 results