FUNERAL HOME
Goff Mortuary
8090 S. State St.
Midvale, UT
Danny Lester Jenson
1949 ~ 2013
Danny Lester Jenson, 63, passed away peacefully February 28, 2013 in Lake Havasu City, Arizona surrounded by his loving family. He was born July 27, 1949 in Salt Lake City, Utah to George Lester and Carma Shelton Jenson. He married Lynda Swift on December 12, 1967 in Salt Lake City.
Dan was a passionate man who enjoyed life very much. Although he delved into many different interests (cooking, motorcycles, horses, golf, photography, knives, airplanes, and fishing) his greatest love was the desert and his guns. Dan was a great teacher and his knowledge will be passed on for generations to come.
Dan was a proud Vietnam-era veteran of the United States Air Force. For decades, he brought his family together every weekend for Sunday dinners. We'll all miss Dad's creative cooking. Everyone has their favorites… and some have very funny stories to go along with them.
Survived by his wife, Lynda; mother, Carma Jenson; sons, Chris (Angie), Shane (Brenda); daughters, Marci (Clint) Melendez, and Amanda (Tyler) Black; 13 grandchildren; brothers and sisters, Ed (Jewelyn) Jenson, Lesly (Gundar) Wastlund, Dave (Terese) Jenson, and Julie (Kevin) Yates. Preceded in death by his father, Les Jenson; and brother, Lester Jenson.
Funeral services will be held Monday, March 11, at 11 a.m. at Goff Mortuary, 8090 So. State, where there will be viewings Sunday 6-8 p.m. and Monday one hour prior to services. Interment, Utah Veterans Memorial Park.
www.goffmortuary.com

To plant trees in memory, please visit our Sympathy Store.
Published by Deseret News on Mar. 7, 2013.
MEMORIAL EVENTS
No memorial events are currently scheduled.
To offer your sympathy during this difficult time, you can now have memorial trees planted in a National Forest in memory of your loved one.
Funeral services provided by:
Goff Mortuary
MAKE A DONATION
MEMORIES & CONDOLENCES
29 Entries
Im so sorry to hear the news all my prayers to you and the rest of the family ...andrea
Andrea klenk
March 28, 2013
Sending our condolences to you all. So glad he was with his family..the Jenson Family is such a loving bunch. He will be missed!
The R. Jenson family
March 15, 2013
I ws so shocked to hear of his death. We are happy we got a little time with him last year. His dad would have said "Hes a pretty neet guy" as he said about those he loved....Glad to hear his family was there with him as they were with Darryl. We look sooooo forward to seeing them both in the new peaceful world to come... Lots of love and prayers Dianne and Debbie
March 11, 2013
I'm sorry to hear of Danny's passing, Condolences to all of the family and Aunt Carma. He will be so missed. All of our Love, Meretta Shelton England (K.'s Daughter)
Meretta England
March 11, 2013
Danny was a person who seemed 'larger than life' to me as his little kid cousin, kind of that dangerous 'James Dean' sort of character, but better looking - and would watch over me and his other little cousins! I know he will be missed by all who knew and loved him. My condolences to your family.
Rebecca Shelton
March 11, 2013
I cherish many wonderful memories growing up next door to the Jensons. May Dan's family find peace during this difficult time after his loss. Much love to Lesly and all.
Debbie Pierce St Clair
March 11, 2013
I was saddened to learn of Danny's passing. My love and prayers go out to all of you.
Stephanie Gorton
March 10, 2013
50
March 8, 2013
Lynda, Marci, Clint & Family - Just want you to know my thoughts and prayers are with you and your family at this time. It is such a difficult time as I know having lost my father, but be comforted knowing that he is in a better place and looking down on his wonderful family. You are loved and thought of at this time.
Michelle Bryson
March 8, 2013
50 years and it seems like yesterday that we met. Being your friend for even a short time, would have been special, because of the kind of friend you have been. What do you say to, or about someone who has shared your whole life. We were together for so many things.
Growing up as friends,
High School graduatiion,
When each of us got married,
When our children were born,
Watching our children grow, leave home, and start families of their own.
The true measure of a person is the legacy they leave behind, and your family is a legacy that has and will stand the test of time.
My only regret is that our 50 years as friends seems so short when viewed from here.
I will miss you always, but intend to celebrate the life we shared, instead of mourning the loss I feel at your passing.
Your Friend Always
Sandy Updyke
March 8, 2013
Lynda,your family,and Danny, I have so many years of wonderful memories not easily forgotten. So sorry for your loss. I love you all...You're in my heart forever.
Linda Updyke
March 8, 2013
To Marci and the whole Jenson family, we are so sorry for your loss. During this time of grief we pray that ". . . God's peace, which is far beyond human understanding, will keep your hearts and minds safe in union with Christ Jesus." (Philippians 4:6-8)
Ernie and Ruth Tripp
March 8, 2013
Lynda and Family, I'm so sorry for your loss and want you to know that you are in my thoughts and prayers. Love ya.
Joyce Craig
March 7, 2013
Lynda and Family, I'm so sorry for your loss. My thoughts and prayers are with all of you. Lova ya.
Joyce Craig
March 7, 2013
Warm Summer Sun

By Mark Twain (Samuel Langhorne Clemens)
The Poetry Foundation
Debbie McBride
March 7, 2013
To: All the Jenson family Lynda, Dan's children and grandchildre, his brothers and sisters and most of all his mother Mrs. Jenson
I wish all of you can share the joy I have in my heart knowing we will all see Dan again in the hear after. Dan was my friend and business partner and I loved him like a brother. Laura and I will miss him. Our hearts and love goes out to each and everyone of you.
God Bless. Mike & Laura Dangerfield
Mike Dangerfield
March 7, 2013
Dan was a good friend and a kind soul. My favorite picture of Dan was of him fishing on the Yellowstone River. You'll be missed old friend.
Jon Van Allen
March 7, 2013
You are my Angel Dad. I love you....
Marci Melendez
March 7, 2013
Dad I miss and love you so much. I cant wait till we can have a cooking day together. Please look after us and make sure we are all on the right track. I will see you soon Dad. Love Missy Lyn
March 7, 2013
Heya grampa! :) miss you a bunch! I can't wait to go camping again to rival the fry sauce arachnids and to put out all the fires we start accidentally. You were one of the greatest influences on my life.
"Cole"
March 7, 2013
Amanda, I am so sorry to hear of the loss of your dad. Mu thoughts and prayers are with you and your family at this difficut time.
Robyn LeFevre
March 7, 2013 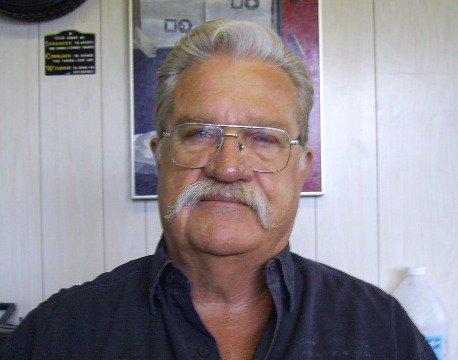