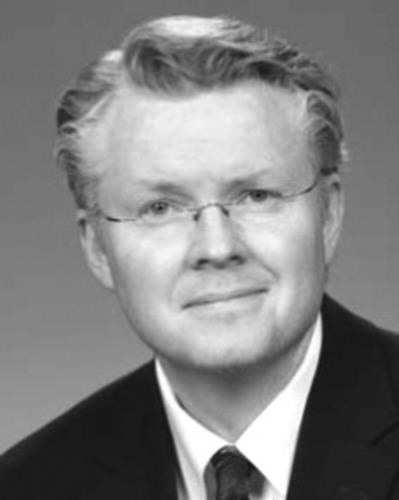 BORN
1960
DIED
2016
FUNERAL HOME
Mueller's Greenlee Funeral Home
1608 West Court Street
Pasco, WA
1960 ~ 2016
David Scott Behrmann, 56, of Pasco Washington died July 2, 2016 of causes incident to cancer. David was born May 25, 1960 in Salt Lake City Utah, as the second son of Grant and Gladlyn Behrmann. He married Margaret Tappe in 1997. He graduated from Utah's Hillcrest High school with honors, the University of Southern Colorado with a Bachelor's degree in economics and he obtained a Master's degree from Washington State University.
Most of David's youth was spent in the Midvale Utah area. He was recognized by community leaders and teachers as being kind and friendly to everyone across social or ethnic divides. David loved track and field. He was the Utah state high school champion in the 800 meters. At one time he also held a Utah state record for high jump for junior high students. He loved the outdoors, hiking, climbing, motorcycles and his Jeep.
He served six years on the Portland Mountain Rescue team. David explored the outdoors of Utah, Oregon, Arizona, and Washington where he lived as he followed his business career. He was recognized as a skilled planner, client relations director, and administrator for some of the top corporate entities in the United States.
As a member of the Church of Jesus Christ of Latter Day Saints, David loved the restored gospel. He was called to leadership positions early in his life in high school seminary and continued to serve as a leader as Elders Quorum president and member of a Stake High Council. Teaching gospel doctrine by word and example may have been his favorite calling.
David is survived by his wife Margaret Tappe-Behrmann, daughter Kristin Lee Behrmann (Christopher Nelson) of Ridgewood New York, son Gabriel David Behrmann of Canby Oregon, parents Grant and Gladlyn Behrmann of St. George Utah, siblings Russell (DeAnn) Behrmann of Cedar City Utah, Kenneth (Cam) Behrmann of Mesa Arizona and Patti Behrmann of Ogden Utah. David is loved, remembered, and will be missed by many aunts, uncles, nieces, and nephews.
Funeral services will be held at 3 p.m. on July 7 at the Pasco, Washington LDS 6th ward at 4305 Crescent Road in Pasco. A graveside service will be held Monday July 11th at 11 a.m. at the Larkin Sunset Cemetery at 1950 East Dimple Dell Road in Sandy, Utah.
Mueller's Greenlee Funeral Home is in charge of the arrangements. The family invites you to sign their online guestbook at www.muellersfuneralhomes.com.
Published by Deseret News on Jul. 6, 2016.
To plant trees in memory, please visit the Sympathy Store.
MEMORIAL EVENTS
Jul
7
Funeral service
3:00p.m.
Pasco, Washington LDS 6th ward
4305 Crescent Road, Pasco, UT
Jul
11
Graveside service
11:00a.m.
Larkin Sunset Cemetery
1950 East Dimple Dell Road, Sandy, UT
Funeral services provided by:
Mueller's Greenlee Funeral Home
MAKE A DONATION
MEMORIES & CONDOLENCES
Sponsored by Mueller's Greenlee Funeral Home.
10 Entries
Just heard of David's passing. I enjoyed our friendship over the years playing basketball and on the track team together. Dave was a great example to us all in the neighborhood and truly accomplished. Pray for peace and comfort to the wonderful Behrmann family.
Ron Penrose
Missoula, MT
August 2, 2016
I remember David as my best friends younger brother. We played a lot of basketball in the Behrman driveway, it didn't bother me that David could out-play me, he was a great athlete and always the nicest of people to know.

My thoughts take me back to many good memories and prayers are with his wife, Brother and Sister Behrman and all of the Behrman family.

Phil Greenhalgh
July 10, 2016
David was such a spiritual giant as we grew up in the Midvale 6th ward. I'm sending my condolences to the Behrmann family.I hope that you will all feel comforted in this loss.You all will be together again.
July 9, 2016
So sorry to hear of David's passing. My thoughts and prayers are with the Behrmann family during this difficult time.
Mark Greenhalgh
July 9, 2016
Mr and Mrs Behrmann,
so sad to hear about this.
David and Russ were great basketball buddies. You are all remembered as great people and the best neighbors.
my thoughts and prayers are with you. Love LaNita
July 8, 2016
I am so sorry to hear of David's passing. I remember that he was such a kind, wonderful young man. My thoughts and prayers are with all of you at this difficult time.
Robyn Lucas (Tidwell)
July 8, 2016
Dear Behrmann family, I am saddened by your loss. I have only the best memories of your wonderful family. My heartfelt condolences.
sue young wilson
July 8, 2016
David - I will miss your mentorship and friendship deeply. You had a lastly impact on so many of us and we will cherish our memories of your kind presence.
Amy Lientz
July 7, 2016
You inspired me, David!
Jan Barron
July 7, 2016
So sorry for the loss of a great man! The Behrmann's are in my thoughts and prayers!
Valerie Hodgson
July 6, 2016
Showing 1 - 10 of 10 results