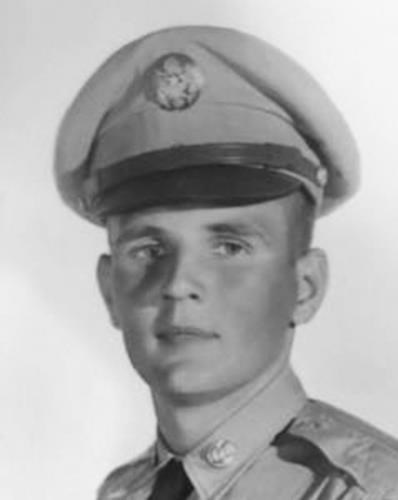 BORN
1938
DIED
2020
ABOUT
West High School
David Martin Hoggan
1938 - 2020
David Martin Hoggan was released from this world on April 16, 2020, encircled by his loving family. He will long be remembered for his love of family, adventurous spirit, kind service to others, and his keen sense of humor. David was born in Salt Lake City, Utah February 16, 1938, the son of Martin "Brick" Hoggan and Lorna Brown Hoggan. He graduated from West High School and enjoyed participating in student government there. In 1960, he married his sweetheart, Alta Jo Harrington aka "Tootsie" in Memory Grove, later sealed in the Salt Lake Temple. He attended the University of Utah and served his country in the Military. As David and Alta Jo's family began, David's employment with Volkswagen took them to wonderful places throughout the Northwest like Tacoma WA, Pendleton OR, Missoula MT, Boise and Twin Falls ID, eventually returning home to Salt Lake, where each place left a mark on their marriage and family life. In his free time, he could be found playing in the red rocks and sand of southern Utah, his favorites were Arches and Zion, listening to and enjoying all genres of music, going for walks at the "U" campus and washing and shining his latest car. David excelled at athletics growing up and that carried over to him supporting his children and grandchildren in their ballgames, dance performances and talents. He served as President over the Olympus Ute Conference football league and enjoyed volunteering with the youth. He had a tremendous love for his family and for the gospel of Jesus Christ and had the opportunity to serve in many capacities in The Church of Jesus Christ of Latter-day Saints. He was humble, honest, kind and charitable to all around him. He was the epitome of a good friend. He is survived by Alta Jo, his long-time loving, eternal companion of 59 years, his brother, James Hoggan(Diane), sister-in-law Linda Knudsen(Ren), and his seven children: Stacey Jo Yagi (Randy), Hilarie Ann Robinson (Don), Alexander Martin Hoggan(Suzanne), David Kearney Hoggan(Paula), Melissa Lynn Blackham(Michael), James Patrick Hoggan (Lindie), and Thomas Lanark Hoggan (Rebecca), as well as 23 grandchildren and 6 great grandchildren. A viewing will be held Thursday, April 23rd at Larkin Mortuary, 260 E South Temple starting at 2pm. Due to Covid-19, viewing will be by appointment only, call 801-259-6116 to schedule. A private graveside Interment will take place at the Salt Lake City Cemetery April 24th at 11:00. In David's memory, we ask that you get comfortable, sit down and watch a good Western movie, preferably one with John Wayne!

To plant trees in memory, please visit our Sympathy Store.
Published by Deseret News from Apr. 21 to Apr. 22, 2020.
MEMORIAL EVENTS
Apr
23
Viewing
2:00p.m.
Larkin Mortuary
260 East South Temple, Salt Lake City, UT 84111
Apr
24
Graveside service
11:00a.m.
Salt Lake City Cemetery
84111
Funeral services provided by:
Larkin Mortuary
GUEST BOOK
Sponsored by Larkin Mortuary.
10 Entries
Alta Jo Im so sorry for your loss. He will be greatly missed.
Andy and Millie Andersons children Debbie, Jeanne, Scott, and Mary Jane
Debbie Robinson
Friend
April 28, 2020
Alta Jo and family, the Dolan's love you and David so much. Such a good man. We are so blessed to have you in our lives. Such great memories!
April 23, 2020
Dear Alta Jo,
It has been too many years since we have seen each other. Sorry to see you lost your eternal companion. It has been nearly 25 years since my Bob "graduated from mortality!" I'd love to send you a quote from his funeral, but don't have your email. You could Facebook message me your email. I hope you and your children will be blessed with the peace I have had for 25 years, knowing I'll be with Bob again! Love you, dear friend!
Faye
April 23, 2020
David and Alta Jo have been our good friends since elementary school I enjoyed a variety of sports and many social and church activities with Dave for many years. We also had the opportunity to work together for the Parks Dept. at Memory Grove one summer. Over all the years we have stayed close and have had a monthly luncheon with our group from our North 20th Ward. Dave we all will miss you.

Walt and Dennie Collett
Walter Collett
April 22, 2020
Walter Collett
April 22, 2020
Thoughts and Prayers for the Hoggan Family, I remember him as one of our youth Teachers at Church... what a handful we were but he never lost his patience. What a great example for his lineage... Until we meet again my friend
Jess
Neighbor
April 22, 2020
Sincere condolences to all the Hoggan family. Dave was a great guy, neighbor and friend. Many memories from our youth camping, hiking in Zions and hanging out at the Hoggan house. Love to all!
Greg Longson
Neighbor
April 21, 2020
Dear Alta Jo and family,
I was so sorry to hear of David's passing. We have enjoyed our friendship for many years and all the wonderful memories of activities we shared with one another.
My prayers and love are with you at this time.

Love,
Bonnie Mortensen
April 21, 2020
Dearest Hoggan Family, I am heartbroken to hear of Dave's passing. He was such a great man, and I'm grateful for the years of friendship he shared with my parents. I'm also grateful for the friendship I've had with all of you. Please know that you are in our thoughts and prayers. Sending the biggest hugs and so much love.
Jody Manwill Rodman
April 21, 2020
So sorry for your loss. David was a friend of my mother's. Her name is Nellie Wells Shepard.
Karen Shepard Mortensen
April 21, 2020