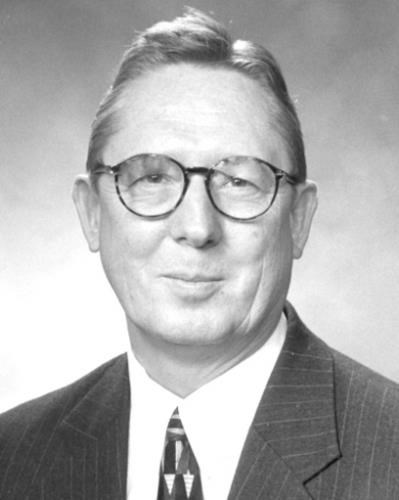 BORN
1948
DIED
2016
1948 ~ 2016
Frederick Martin Riley, age 68, passed away April 30, 2016 in Draper, UT. He was born April 25, 1948 in Rock Springs, WY to Derall Page Riley and Melba Louise Botero. He married his sweetheart, Sharyn McElroy in the Salt Lake City Temple on September 19, 1968.
Fred's greatest joy in life was his family, followed closely by racquetball and fly-fishing. He served as an LDS Branch President in Gunnison, CO., an LDS bishop in Arvada, CO., and again as a bishop in Auburn, WA. Recently, Fred had the privilege to teach a Sunday school class of the best ever teenagers.
Fred served as Commissioner of LDS Family Services from 1996 until 2008. He then managed special projects for LDS Humanitarian Services doing development and strategic planning for community and health services, including a multi-national immunization program. Additionally, he was honored to serve on the boards of many nonprofits, including United Way of Salt Lake, The Utah Foster Care Foundation, Prevent Child Abuse Utah and Prevent Child Abuse America, The National Council for Adoption (from which he received the Adoption Hall of Fame award) and The U.S. Department of Justice Task Force Against Domestic Violence.
Fred is survived by his wife of 47 years, Sharyn, as well as: son Travis (Teresa); daughter Liesl; son Fred R. (Amy); son Jaren (Jessie) and son Seth (Joni), as well as fourteen grandchildren.
Services will be held Friday, May 6, 2016 at 12:00 p.m., at Draper Utah South Mountain Stake Center, 1911 E. Gray Fox Dr., Draper, UT with a viewing from 10:30-11:45am at the church.
Online condolences may be sent to the family by visiting larkinmortuary.com
In lieu of flowers, donations to the National Council for Adoption may be made to Deseret First Credit Union Account #755144731, or to Prevent Child Abuse America at Deseret First Credit Union Account #755144757. Please make checks payable to Deseret First Credit Union with those account numbers.
Published by Deseret News from May 3 to May 4, 2016.
To plant trees in memory, please visit the Sympathy Store.
MEMORIAL EVENTS
May
6
Viewing
10:30a.m. - 11:45a.m.
Draper Utah South Mountain Stake Center
1911 E. Gray Fox Dr, Draper, UT
May
6
Service
12:00p.m.
Draper Utah South Mountain Stake Center
1911 E. Gray Fox Dr, Draper, UT
MAKE A DONATION
MEMORIES & CONDOLENCES
23 Entries
I just learned of Fred's passing. My condolences to Sharon and the family. Fred is an amazing man of God. He is a servant of the Lord always. I had the privilege of home teaching in the Riley home and learned more by being there than was ever taught. I'm sure Fred is busy on the other side,helping to make things ready. Our love, Dan Worthington
Dan Worthington
June 11, 2016 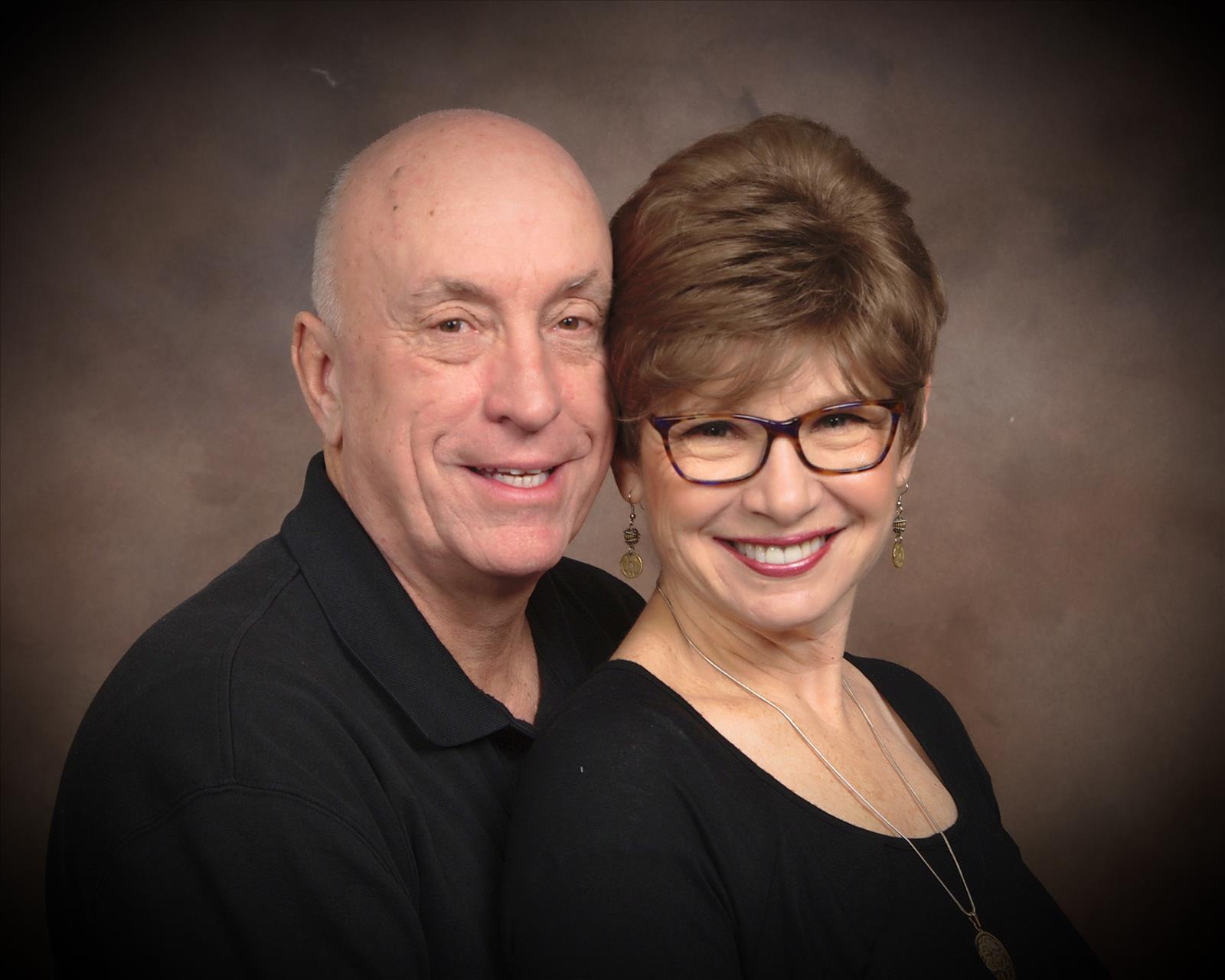 Fred was such a great man and dear friend. We will miss him much. We have many fond memories of good times together in Washington at the Renton offices. Our love and prayers go out to his dear family at this time of loss. May the Lord bless and comfort and strengthen you.
Clair and Marian Workman
Boise, Idaho
May 9, 2016 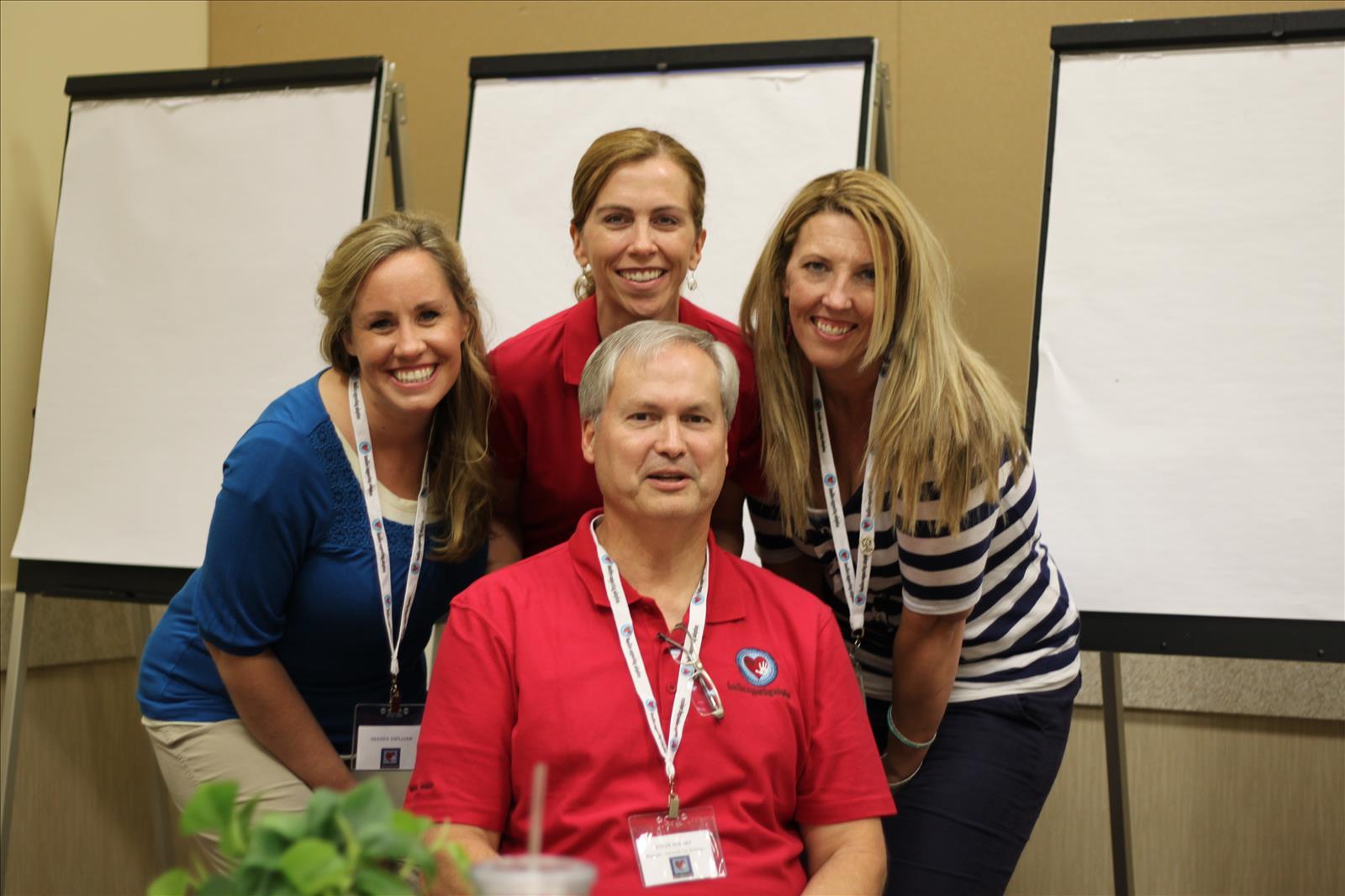 What a painful loss! Fred was my great-grand- boss and grand-boss for nine years. I enjoyed several of those years at headquarters, where I got to know him better and met Sharyn several times. I am so sorry for your loss, Riley family. Steve, Melinda, Rebecca and I love him and are thinking of and praying for you!
Shanna Bake Gwilliam
May 6, 2016
It was a joy working with Fred as a Church service missionary in Welfare for several years just prior to his retirement. He had a great smile and wonderful spirit that always made the day better and I very much appreciated the privelege of working with him.
Susan Puls
May 6, 2016
I am grateful for the privilege of working with Fred in Welfare Services. He was a special friend and an outstanding example of goodness. We had a special trip together to Mexico City as the Church humanitarian effort was assisting with some street children projects there. His insight was invaluable. Great memories! My love and condolences to the Riley family. Garry Flake, Santo Domingo Dominican Republic
May 5, 2016
Fred had a profound impact on our lives and we will deeply miss him. We sincerely love you both with all of our hearts! 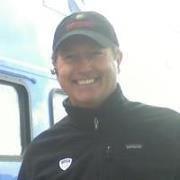 Fred has been a true friend and deeply admired colleague for over 35 years! Sharyn has always been at his right hand as his supportive companion and joy of his life. Fred often acknowledged and credited Sharyn as his most honest and trusted counselor.
My life and career has benefited from Fred's honest feedback and the open critical communication and debate we shared. Fred often stated that his greatest strength was his ability to surrounded himself with smarter and more capable individuals than himself. Those fortunate enough to serve with Fred at headquarters would readably acknowledge that we were daily tottered by an incredibly financially savvy, doctrinally driven and in my opinion, most completely competent leader to ever direct the World Wide Operations of LDS Family Services.

I Love You Brother,
Dennis Ashton
May 5, 2016
THis is a personal loss for our family as I enjoyed working with Fred for so many years being on the Board of Directors of National Council for Adoption. We will miss your smile, wisdom and dedication and hope that you are now in peace.

Lou and Carol Stern
Louis Stern
May 4, 2016
Our heart is aching. Thank you Fred for everything you did for us, coworkers.
Edit Erdosi
Edit Erdosi
Coworker
May 3, 2016
Dear Fred was my supervisor for much of my time with LDS Social Services. He was always kind, understanding, visionary, and a powerful leader. His counsel was always wise and helpful. I have great love and respect for him. We pray blessings for his wonderful family.
Don Staheli
May 3, 2016
Fred was one of the best men I have ever known. This world is diminished by his loss.
May 3, 2016
Our thoughts and prayers are with you. We reflect on many good memories.

Nolan & Jeri Lloyd
Nolan Lloyd
May 3, 2016
A wonderful man. I loved working with him in the Arvada 6th ward
Scott Hyer
May 3, 2016
We so much appreciated Fred and his wonderful contribution to Welfare Services and to the Humanitarian effort of the Church. I appreciated Fred and his desire to see the work of LDS Charities meet the needs of those in need. We wish the family our condolences and love,

Dean Walker
LDS Charieies
Dean W Walker
May 3, 2016
I extend my heartfelt condolences to Fred's wife Sharyn and his family. You are in my thoughts and prayers.

Fred was anxiously engaged in serving his fellow man. He extended himself to those in need and promoted causes to improve the lives of many. I am blessed to have known and learned from him.

Thanks to Fred for his great leadership and guidance of LDS Family Services over many years!
Mark Glade
May 3, 2016
Fred was the only person I ever met that could catch a porcupine by the tail. And that is a try story. It happened just west of Cimeron on a cold Colorado night while returning from Grand Junction. Just ask Paul Lenhart if you don't believe me.
Todd Salisbury
May 3, 2016
Bishop Riley was my bishop in Arvada, Colorado, when I first joined the chuch. He and his sweet wife and children were always so kind and helpful. May our Father in Heaven bless them with comfort and peace.
Virginia
May 3, 2016 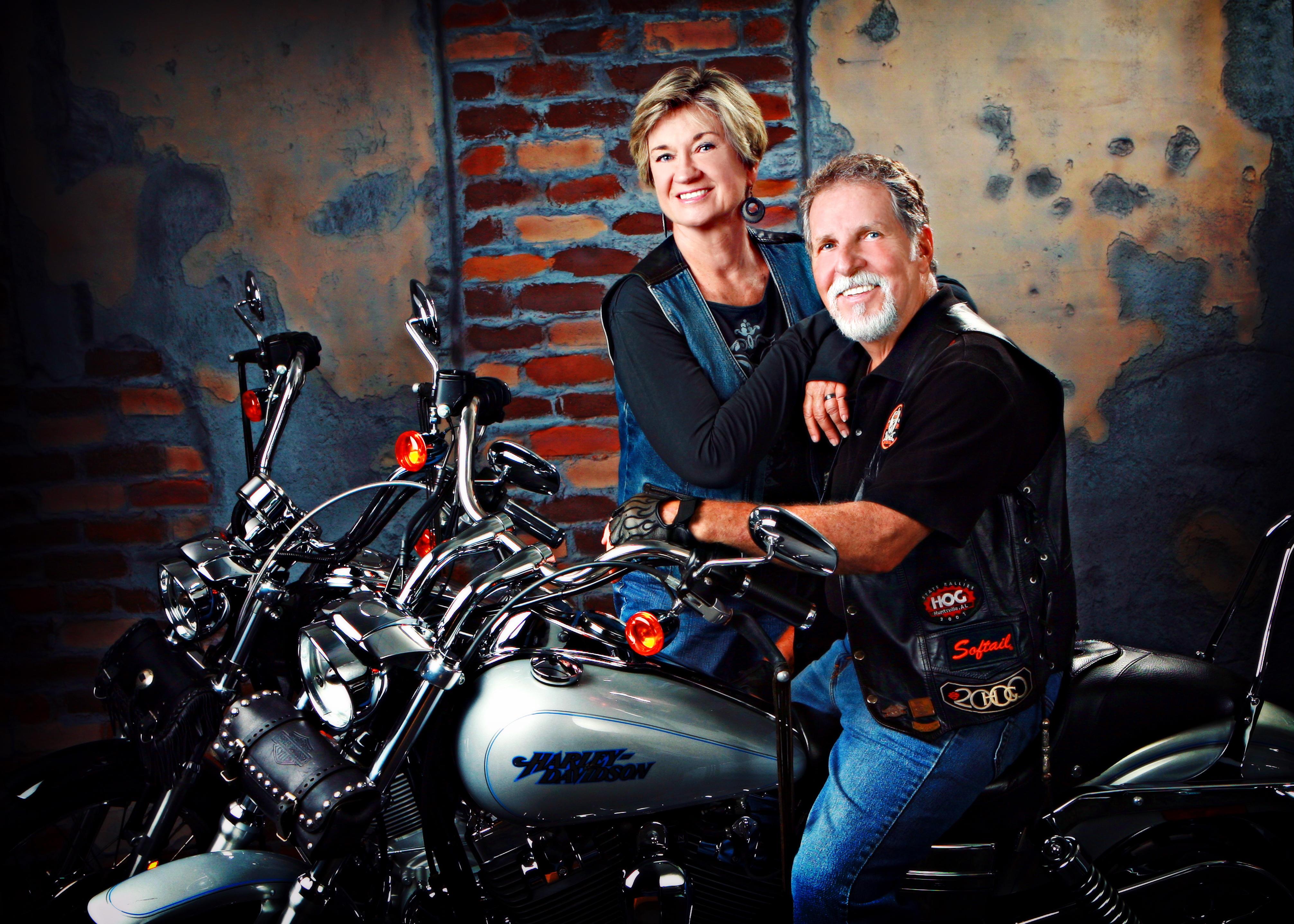 Fred was always kind and respectful towards me as an employee of LDS Family Services. I am a better person because of my associations with him.

He always influenced me to be a better person. His life stories he shared in training truly influenced me in that I could feel his sweet spirit. I felt a brotherhood and mutual love of mankind and a desire to help them any way possible.

I can say "I love Fred Riley," and I am truly grateful for him being in my life. I so often reflect on his comments and teachings from training and continue to feel his sincerity and love.

And, with his zest and occasional lightheartedness, I can only imagine what all he would tell us now.

Live on Dear Fred! See you again soon. May God and His angels continue to bless you and your family forever.

Tom CEARLEY, Louisiana.
Tom & Fran Cearley
May 3, 2016
Our family was very blessed as Fred Riley served as our bishop in Arvada, Colorado. What a wonderful family he has.
Laraine Kent
May 3, 2016
Fred was kind and a friend to all. I regret I will miss his service.
Patrick Reese
May 3, 2016
I extend my warmest and heart-felt regards to a man I thoroughly enjoyed knowing and working with. Fred was a professional in every regard and always treated me with respect and kindness. He was quick to compliment good work and kind in providing suggestions for change if needed. Thank you Fred Riley for your meaningful contribution to my life. I extend my sympathies and love to the family as they say goodbye to their loved one. 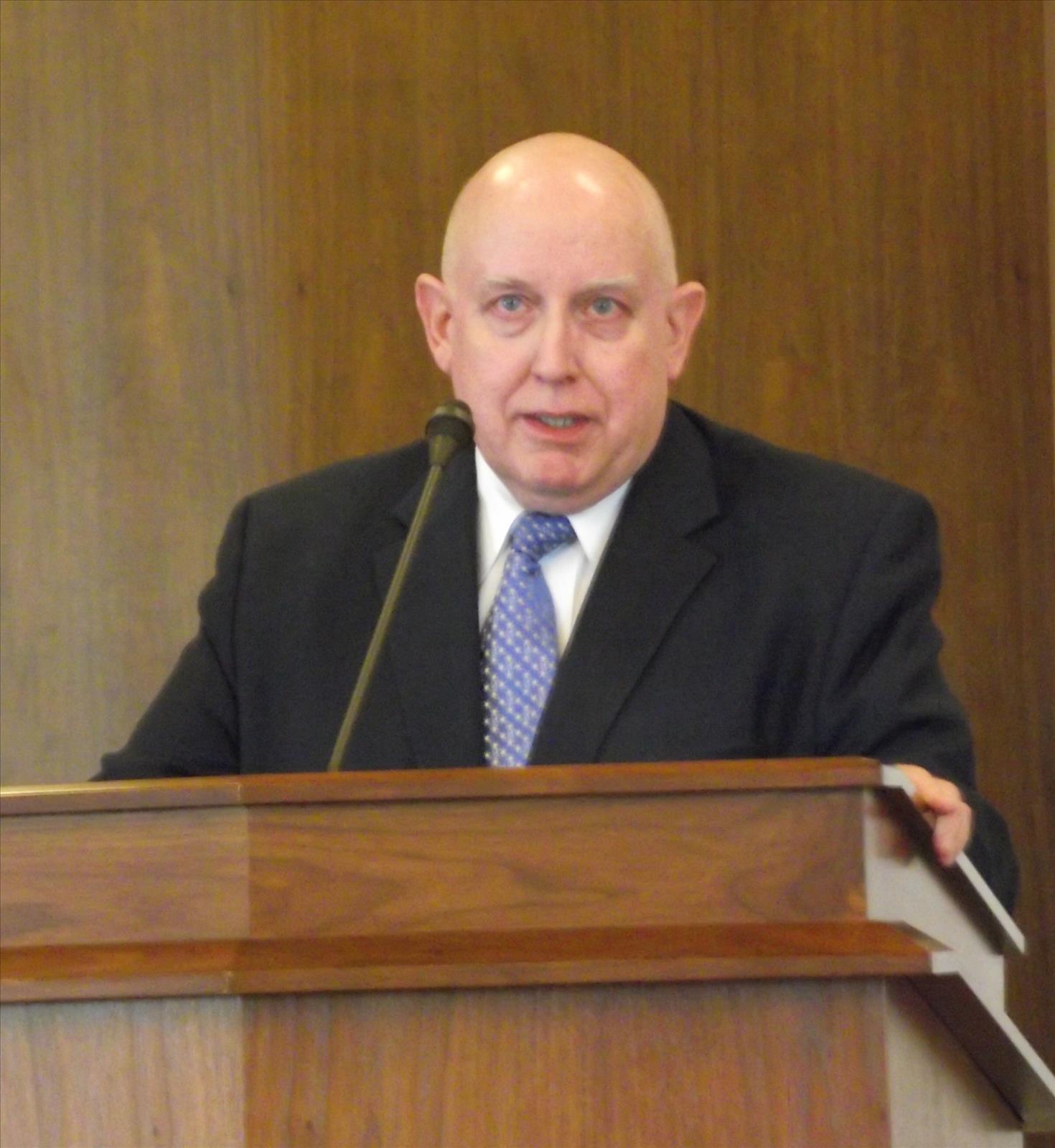 I also had the opportunity to be aware of several of his ongoing counseling cases. His clients loved him for his perceptive and loving counsel. He was a blessing to many organizations, and to many individuals and families.
Larry Crenshaw
May 2, 2016
Fred touched many lives during his LDS Church employment. Mine is no exception having worked with him for many years. My prayers are with you all.
Kevin Theriot
Kevin Theriot
May 2, 2016
Showing 1 - 23 of 23 results