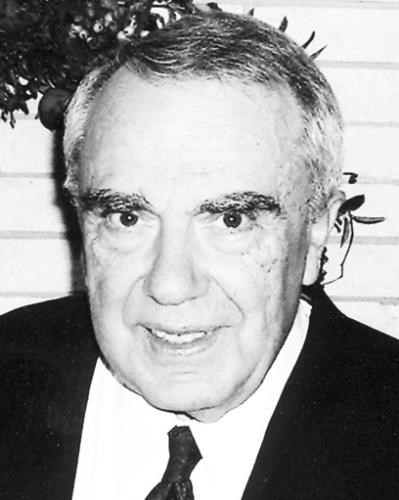 We want to express our love and sympathy to you at the passing of this remarkable man. We were so fortunate to get to know Gil and Judy as we worked together in Scotland. He was a special and sweet man. We loved to discuss the gospel with him and we shared many fond adventures as misssionaries. We extend our love and warmest regards. Tom and Barbara Fredrick
Tom and Barbara Fredrick
March 16, 2015
I was fortunate to have had Brother Scharffs as an Institute teacher at the University of Utah during the mid to late 1970's. The thing I remember the most about him and his classes was how enthusiastic and excited he always was in teaching and promoting the gospel. In this regard he reminded me a lot of Elder LeGrande Richards! I'm sure that his excitement and enthusiasm has now reached fruition as he has completed his journey home to the realm of eternal light and truth and love-- where he fits in so well.
Reid Swenson
March 7, 2015
Dear family, The Samuel & Jeanette family wish to send their love. Joesph, Hyrum, John, Esther, & Gladys. Gilbert lived a great life. I remembered him being unassuming & humble.
Gladys Smith Brown
March 3, 2015
Our condolences to the Scharffs family. I worked with Gil as a student at the Institute and was blessed by his open and faithful approach and personal warmth. He always took the Gospel and his students seriously without taking himself too seriously. We were later in parallel stake presidencies at the University and enjoyed that collaboration. Our best wishes. Jim Jardine and Family
March 3, 2015
I was fortunate to have Bro. Scharffs as my Institute instructor and branch president while at the University of Utah, and later worked with him at the Utah Symphony. What a wonderful person he was! My deepest sympathy to your family at this time. What a legacy of love he has left for us.
Debbie Barker
March 3, 2015
To Judy, Yevette, Brett, Lisa, and Calvin,
During my studies at the U of U, Gil routinely had me over for Sunday dinners. That was always a wonderful part of the week. I also had a world religions class from him that I appreciated. I could never beat him in chess however. My deepest sorrow at your loss. I wish you all the best.
Scott Grover
March 3, 2015
Dear family,
Sorry about your loss. We know that you will miss him. We are Virginia's cousins. Gladys Smith Brown, Kent Brown, & Joan Smith Scott
Gladys Smith Brown
March 2, 2015
Dear Yvette,Brett, Lisa and Calvin,
You are all in my thoughts as I read the obituary for your father. I Know how proud he had to be of all of you and I send you my condolences on your loss. I have fond memories of times we spent together as a family and Gil's generosity with concert tickets. I send this message with love and sympathy.
Richard Wrathall
March 2, 2015
We have fond memories of Gil by serving with him and Judy at the JSMB. He was always friendly and with a smile. He had a life with many accomplishments. It is well said in Matthew 25:21. May God comfort you all. Our sincere sympathy, to you dear Judy and Family.Jerry a. Elisabeth Coombs, and Anna Lee De Fries too.
Jerry & Elisabeth Coombs
March 2, 2015
To the Scharffs Family:
President Scharffs was my first Branch President (then Bishop) at the University 7th Ward. He was a great example, teacher and friend. He was a deeply spiritual man with a remarkable sense of humor and quick wit.
I also remember a few ward pool parties at his home in Millcreek. He was always the first to welcome you home'.
We met with him several times when he was in the stake presidency with President Swinton and President Welch. His insight, direction and camaraderie with that group were amazing.
My family sends their love and support at this time. He will be deeply missed.
The Sparks Family
Randy Sparks
March 2, 2015
3/1/2015

I came to Salt Lake City for the first time in my life in late September, 1979. I came to attend the U, and I knew no one in Utah and I had no place to stay. So upon arriving that evening, Gilbert Scharffs--the Institute Director--came out to the airport with his son in a station wagon to pick me up. He then drove me over by the U and arranged with the owners of a small house that was fairly close to the school--and that was being renovated--for me to stay there a few nights until I lined up my apartment.

Thank you Brother Scharffs for your service to me.

(503.261.3119)
Richard W Hodges
March 2, 2015
Judy and family, we were so sorry to hear of Gil's passing and know that you must miss him terribly. We enjoyed reading his obituary and learning more of his remarkable life. May you feel our Savior's arms about you now and in the coming days.
Elder John and Sister LeeAnne Wynn, Chile, Concepcion Mission
"Q.D.E.P. - Que descanse en paz. May he rest in peace."
March 1, 2015
I was one of his early West HS Seminary students. He was wonderful and I felt he was a true friend. He will be missed by hundreds. May the Lord bless you with His love and comfort.
Shirley Johnson
March 1, 2015
Dr. Scharffs, was one of my LDS Institute professors at the U of U. He was a wonderful scholar, teacher and friend. He made a difference in the lives of many college students. My sincerest sympathies to the family.
Jan La Bard
March 1, 2015
The "Good Old Days" at the old "West" Institute building will never be the same. Thank you for everything way back when, Brother Sharffs.
Sid Jeffs
March 1, 2015
Showing 1 - 16 of 16 results