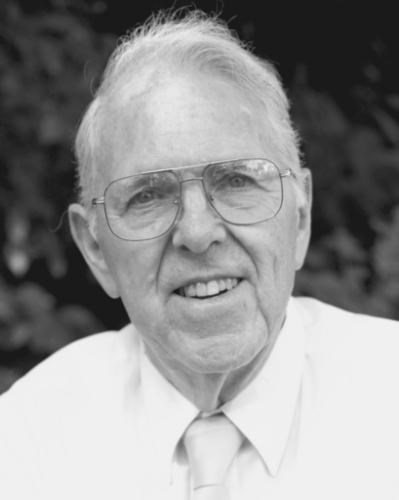 BORN
1936
DIED
2015
1936 ~ 2015
Gordon Dixon Booth, age 78, of South Ogden, Utah, passed away peacefully at his home, surrounded by family, on January 13, 2015, of causes incident to dementia and age.
Gordon was born on February 16, 1936, to Albert Warren and Vesta Dixon Booth in Provo, Utah. He grew up in Vallejo, California, and Provo, Utah, and attended Brigham Young Elementary, High, and University. At BYU, Gordon met his lifelong and eternal companion, June Phoebe Erskine.
After honorably serving an LDS Mexican Mission, Gordon and June were married and sealed in the Salt Lake LDS Temple on June 25, 1959. Together, they began their family in Provo, Utah, moving to Austin, Texas, and Idaho Falls, Idaho, before settling in Ames, Iowa, where he received a Ph.D. in Statistics and served as an LDS bishop. Gordon worked as a statistician for the USDA for 16 years before moving his family one last time to South Ogden, Utah, where he worked for the US Forest Service.
After retiring, Gordon served a four-year church service mission as a data analyst. Later, Gordon and his beloved wife served as missionaries to the Polynesian Cultural Center in Laie, Hawaii. He also shared his love for family history through many classes and conferences.
His parents preceded him in death. He is survived by his wife, June, of South Ogden, Utah; brother Gary (Carrie) of Orem, Utah; son David (Leslie) of Maple Grove, Minnesota; daughter Catherine (Terry) Roueche of Bountiful, Utah; son Stephen (Deidrien) of South Ogden, Utah; daughter Cynthia of South Ogden, Utah; son Michael (Sandra) of South Ogden, Utah; daughter Christianne (Randall) Jefferies of South Ogden, Utah; 26 grandchildren; and 7 great-grandchildren (and two on the way).
Funeral services will be held on Saturday, January 17, 2015, at 10 am at the LDS chapel, 4955 Adams Avenue in South Ogden, Utah. A viewing will be held prior to the funeral services from 9-9:45 am or Friday evening from 6-8 pm at the chapel. A graveside service will be held at the Provo City Cemetery at 2:30 pm.
In lieu of flowers, Gordon would like donations to go to the LDS Perpetual Education Fund in his honor.
Condolences may be shared at SereniCare.com.

More importantly, Gordon provided a great example of how to conduct one's personal and family life. I will just mention two examples.

Gordon would allow occasional glimpses into his private life by mentioning the time spent on activities with his children. I would sometimes recall his description of a busy scouting weekend when I found myself shivering in a tent with cub scouts yelling at each other from their own tents.

My favorite memory of Gordon, though, is the sly grin he would show when something amused him in a research project.

Gordon's standard was too high for me, but it was wonderful to see him live the example!

I noticed that the obituary barely mentioned his time spent in Texas. As I recall Gordon earned a degree in Spanish at the University of Texas. As I was planning my move to Texas, he let on that he was a little ticked that Texas was blessed with so much oil and the benefits from it. After driving through the rocks in southern Utah, I can appreciate his irritation now! ;-)

I worked with Gordon for only three years, but he made me a better person for life!

What wonderful memories we have of you and Gordon during our missions at the PCC. Weren't they wonderful times! We even still have one of the recipes you gave us! We are grateful for our service and friendship with you and Gordon, and pray for you and your family as you say goodbye to him for a time. Aren't we thankful that families can be together forever!