Gordon Linn Hudson, age 59, passed away peacefully of natural causes on Monday, September 27, in San Jose, CA where he was living.

Gordon was born in Everett, WA on June 22, 1962 to Glenn and Linda Hudson. He attended Kennewick High School in Kennewick, WA as well as Brighton High School in Sandy, UT. As a high school athlete, he lettered twice in three different sports; football, basketball and baseball. He was an all-conference tight end for Kennewick High School, while also earning all-conference honors in basketball. Because of his elite level athleticism, he was recruited by Oregon State, Montana, Idaho, Washington, Washington State, and Brigham Young University.

Gordon made the decision to play football for BYU, and he leaves behind an extraordinary football legacy.

Selection, earning unanimous All-American status. As a senior, he teamed with Hall of Fame quarterback Steve Young to set an NCAA record 44 catches and six touchdowns in an injury-shortened season. And for the second straight year, he earned All-WAC first-team and first-team All-American honors. Upon graduation he played two seasons in the USFL with the LA Express and one season in the NFL for the Seattle Seahawks.

Gordon Hudson has been honored as one of the Top 10 players in BYU Football History. He was inducted into the college football Hall of Fame in 2009 as the first non-quarterback to represent BYU.

Gordon was further involved in football as offensive coordinator for the San Jose Sabercats in the AFL (95-97) and head coach for the Utah Catzz in the PIFL (1998).

While his football career is outstanding, anyone who talked to Gordon would know that he believed his greatest legacy to be his children. His greatest memories were jumping and wrestling on the trampoline with his kids, playing catch in the yard, and pulling out old mattresses and blankets to the back porch to camp out under the stars. He was a loving and playful father, always coaching his children to improve upon and enjoy the physical aspects of life.

One of Gordon's other passions was coaching for the local youth. He was head coach for his son's Cottonwood Colts Little League football team in Holladay, UT for 5 seasons (2002-2006) leading the little league team to win the state championship for their age range in 2002. Gordon also coached for the Northridge High School football team in Layton, UT for 3 seasons (2011-2013) where he was able to positively impact the youth.

A memorial service for Gordon Hudson is projected to be held in 2022. Details will be shared at that time. Please send your favorite Gordon Hudson memory to [email protected] If you'd like to assist the family with final arrangements, a donation can be made through PayPal to the same email address.

Gordon Hudson is a legendary man who left a huge impact on the people in his life. A saying that holds true in the memory of Gordon's life is "Heroes get remembered, but Legends never die." -
Published by Deseret News from Oct. 6 to Oct. 7, 2021.
To plant trees in memory, please visit the Sympathy Store.
MEMORIAL EVENTS
To offer your sympathy during this difficult time, you can now have memorial trees planted in a National Forest in memory of your loved one.
MAKE A DONATION
MEMORIES & CONDOLENCES
5 Entries 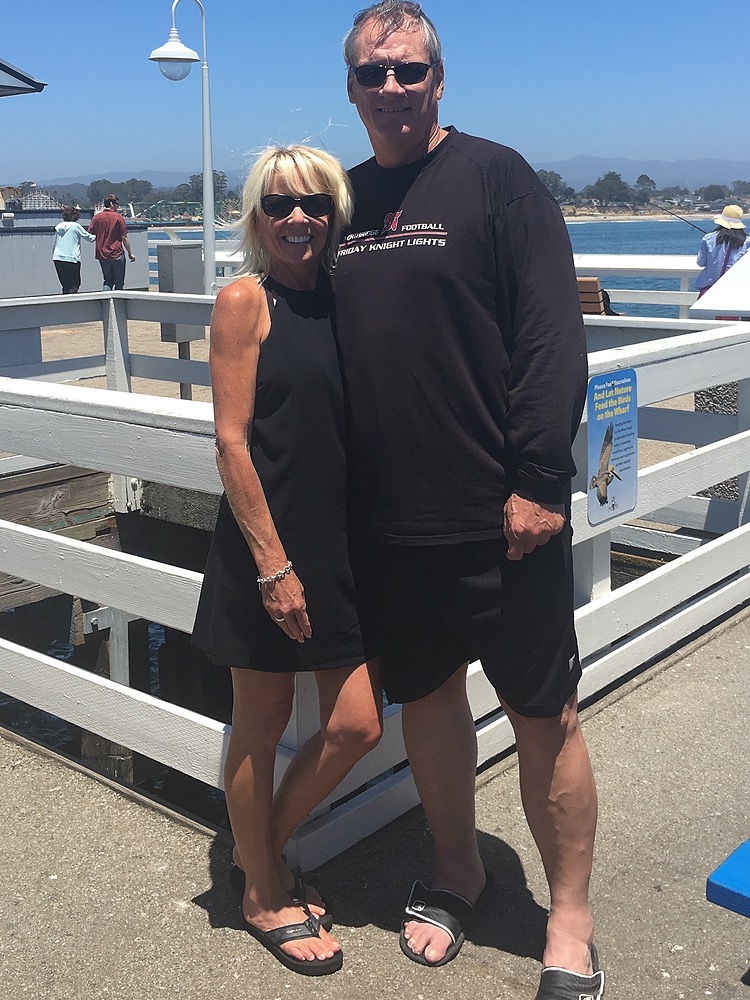 240 Gordy, I don't even know where to start from 23 years ago or the last 5 years when you came back in my life. Our love connection was so insane, real, once in a lifetime and irreplaceable. I will never find what we had together. This all, still doesn't seem real and I'm struggling to comes to terms with it. The day you reached out to me in 2016, was the happiest day of my life. You are and always will be the love of my life. You are the funniest person that I ever met. I'm simply lost without you. I will cherish our memories forever, will always love you and will never forget! Sweet dreams, Handsome! ps... please give Sue C a big hug from me.... Until we meet again Batman!
Susie Q
Family
October 12, 2021
Gordon was a legend to me growing up. I took a job with Fairbanks Capital right before he left. I wish I had been able to get to know him as a person. Love to you are you family. May God give you comfort.
Lance Servoss
October 7, 2021
Chili: So very sorry for your loss. I loved your dad and always looked forward to talking to him. Great Memories of him coaching Cottonwood Little League football. Always remember. . .Put Chili in!
Susan Marshall (Blake)
October 7, 2021
Ryan, McKenzie ,Kylie, Chandler and Mindy my deepest sympathy! With a heavy heart I send you my love and prayers! I know that Gordy loved his family and they were his world! He was a world-class Caddie and we had a lot of great experiences together traveling and him caddying for me throughout the country he was always encouraging and upbeat and positive! I learned so much from him he was a true friend and I will miss him! Rest in peace Hudson i´m so grateful to call you my friend and bro! Steve
Steve Schneiter
Friend
October 6, 2021
Gordon was a great guy. May his family be comforted to know that families are forever. My thoughts and prayers are with you.
Kathy Lazott
Friend
October 6, 2021
Showing 1 - 5 of 5 results