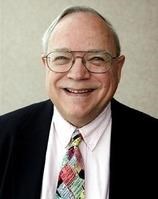 Ivan Matthew Lincoln passed away peacefully in his sleep on October 4, 2021.

Ivan entered this world at 28 weeks gestation on May 2, 1939 weighing in at 2lbs. 3oz. He was born to Floyd and Margaret Schmidt Lincoln in Twin Falls, Idaho. He was a miracle baby. For the next 18 years his doctor would parade Ivan around the office anytime he was there. He had two older sisters, Marilyn and Daunna, who acted like mothers.

He attended schools in Gooding and Twin Falls. He graduated from Twin Falls High in 1957. His senior year he was the art editor of the yearbook. He excelled in English, art and typing, all of which would help in his future career. He was still in touch with many friends from high school until he passed. He attended two quarters at USU. He then went into the Army Reserves and served as a clerk typist at Fort Ord, California for six months. He then returned to Twin Falls to work on the family farm.

He stumbled into a career in journalism when he answered a "blind ad" in the Twin Falls Times News. The ad read, "Wanted; must have good typing, English skills." He worked the night beat for three years and then spent six months on the copy desk. After moving to Ogden, he joined the Standard Examiner as a police reporter. He was remembered as a reporter who could cover sensitive stories with discretion. Ivan then moved on and spent 39 years at the Deseret News. He worked almost everywhere at the DNews. He worked as the backshop liaison, at the copy desk, as a religion editor, on the farm beat, at the city desk, and ended in the Today Section as the Theater critic. He always loved the arts and this truly was a dream job for him. Ivan loved all the people he met in the arts and entertainment industries.

Ivan married the love of his life, LuAnn Armga on July 21, 1967 in the Idaho Falls, Idaho Temple. They lived in Ogden at the start of their marriage but eventually moved to Kaysville where they stayed the remaining years of their lives. They went on to have 4 daughters, Melissa (stillborn), Stephanie, Blythe Ann and Amy Ruth.

Ivan was a faithful member of the Church of Jesus Christ of Latter-day Saints. He had many callings but his favorite was ward clerk. He also loved writing the 16th ward road shows. He was faithful to the very end, even listening to General Conference in the days preceding his death.

He is survived by his daughters: Stephanie (Blake) Howell, Blythe (fiancé Micah Pickering), and Amy Ruth. He is also survived by nieces, nephews, cousins, in- laws, the Richard Firmage and Jerry Bovee families. Ivan also had many special lifelong friends.

He is preceded in death by his wife, infant daughter Melissa, his parents, sisters, a niece.

We express our thanks and appreciation to Valarie Jacobs NP and Summit Hospice, his nurse, Stacy and his aide, Cassidy, for their loving care.

Ivan chose to donate his body to the University of Utah Body Donor program. He wanted to contribute to the health and wellbeing of others for generations to come.

Memorial services will be held at 11 am, Saturday October 23, 2021 at Kaysville Deseret Mill Stake Center, 270 W Burton Lane, Kaysville, UT. Friends may visit with the family before the service from 9-10:30 am. Interment will take place at a later date at the Kaysville City Cemetery. If you would like to watch services, the Zoom meeting ID is 91398921590.

In lieu of flowers, contributions to Donor Connect, Utah Shakespeare Festival, or Perpetual Education fund would be appreciated.
Published by Deseret News from Oct. 14 to Oct. 22, 2021.
To plant trees in memory, please visit the Sympathy Store.
MEMORIAL EVENTS
Oct
23
Visitation
9:00a.m. - 10:30a.m.
Kaysville Deseret Mill Stake Center
270 W Burton Lane, Kaysville, UT
Oct
23
Memorial service
11:00a.m.
Kaysville Deseret Mill Stake Center
270 W Burton Lane, Kaysville, UT
MAKE A DONATION
MEMORIES & CONDOLENCES
14 Entries
Ivan Lincoln was a consistent voice about arts in Utah for so many years. What a wonderful legacy he leaves!
Kami Terry Paul, Utah Shakespeare Festival
October 25, 2021
What a wonderful service. Thank you for Zooming it. Marj loved going to plays with him. God bless you all with His Comforter as you mourn his passing and celebrate his amazing life. "We will be together forever someday!" So moving!
Lemar Luke
Family
October 23, 2021
Such a kind and generous Uncle! I loved spending time with him, and hearing his stories. He and Luann created such a beautiful family together. Sending much love to my dear cousins Stephanie, Blythe, and Amy. May you feel peace and comfort as you continue on, and remember many joyful moments to hold dear.
Emily Baird
Family
October 22, 2021
Ivan was a good guy and a great friend. I always enjoyed talking to him.
Larry Weist
October 21, 2021
It was a joy and pleasure to work with Ivan at the DesNews and to read his reviews. Love and strength to Stephanie, Blythe and Amy Ruth.
Jo-Ann Wong
Work
October 19, 2021
Ivan was such a fun, tender man. I always enjoyed talking with him and asking him about the newest plays and musicals he´d seen He was always positive and upbeat. Much love to Stephanie, Blythe and Amy. I pray you will be comforted during your time of loss. Love you all!
Jeanie Gates
Friend
October 17, 2021
Richard CrandallIf I was not in another state I would be to the funeral. I was with Ivan in the Twin Falls first Ward scout troop. His father was an assistant scoutmaster. We went to his fathers cabin in the South Hills. Ivan was always soft hearted and very classy and the things he did. There´s no question that he is with his wife in Paradise.
Richard Crandall
Friend
October 16, 2021
Our Condolences to Ivan's family. What a blessing it is to have the knowledge and assurance that life is eternal.
Robert & Eileen Luke
October 15, 2021
As a cousin 6 years older than Ivan we didn't have a lot of personal contact but I followed his career and admired his literary talents. May God bless you and your family in this time of sorrow. Stuart Lincoln and Family
Stuart Lincoln
October 15, 2021
Ivan was such a kind, caring individual. I am pleased to have known him and am grateful for his friendship. He was a great example of faithfulness and loving others in the Savior's way.
Eli Jones
October 15, 2021
The greatest of brother in law one could have. May special blessing be upon Blyth and Amy for the support, love and care they showed Ivan in his last days.
CHARLES R ARMGA
Family
October 15, 2021
Return with Honor, Cuz.
Bill Lincoln and Family
October 15, 2021
Ivan was a sweet-natured guy and a hard-working colleague, and he was instrumental in helping me get a foot in the door to review movies for the Deseret News. I'll always be grateful for his encouragement and friendship over our many years of association.
Chris Hicks
October 14, 2021
We are so sorry for this tough time for you girls. You all did a great job caring for both your parents, just got a longer time with dad. Your parents are proud of the wonderful daughters and ladies you have have become. We love you cousins.
Sue, Charles, Kristin Smith
Family
October 14, 2021
Showing 1 - 14 of 14 results