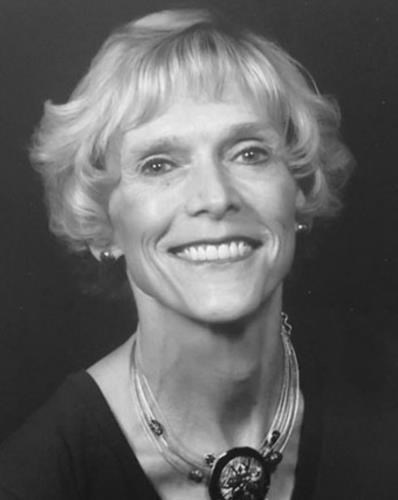 BORN
1953
DIED
2018
ABOUT
Hillcrest High School
FUNERAL HOME
Goff Mortuary
8090 S. State St.
Midvale, UT
Jan Pearson Jenkins
1953 ~ 2018
Jan Pearson Jenkins was born on October 19, 1953 to Evan J. and Maxine J. Pearson in Murray, Utah. She passed away October 13, 2018, just a week short of her 65th birthday. Jan spent most of her life in Utah, although her professional career began in San Diego, CA and Roseburg, OR.
Jan was an Honor Student at Hillcrest High School, then went on to earn a Bachelor of Science Degree from the University of Utah graduating Magna Cum Laude in 1976. She earned her Master's Degree at Utah State University in Dietetics in 1981. She was an Adjunct Professor at Utah State University and was named Young Dietitian of the Year in 1983. Jan was brilliant and had a quick wit. She excelled as a member of Hillcrest's debate team.
After retiring, Jan used her artistic skills to create jewelry centered around stones and gems that had special meaning to her. She sold her jewelry online and at trade shows, but she always saved her best work for her family and friends.
Jan was athletic and enjoyed alpine skiing, hiking and rockhounding. Her father was an avid golfer, so Jan took-up golf to spend time with him. She was a cheerleader for the Mighty Midvale Trojans, and pep club member at Hillcrest High School. Running came to her naturally, so she competed in several full marathons. Jan was named Triathlete Champion of Utah in the 1990's. Jan was blessed with many talents, her favorite being an accomplished pianist. She also mastered playing the organ, serving many years in her Church as an organist. Jan loved dogs, adopting several from rescue shelters.
Jan married Richard Jenkins in 1996 and they enjoyed many happy years together. They remained good friends even after their divorce.
Jan lived with her mother, Maxine, for the past 10 years. Maxine showed a true mother's love for her child and was always by Jan's side facing every challenge together.
Jan was predeceased by her father, Evan J. Pearson (Sandy, Utah). She is survived by her mother, Maxine J. Pearson (Sandy, Utah), and her brothers Joel E. Pearson (Susan), and Jace D. Pearson (Dana); her daughter, Breanna Himes (Benjamin); grandchildren Matthew and Elanor. Additionally, she is survived by several nieces and nephews.
The family wishes to express their heartfelt gratitude for all of the expressions of love, prayers and support from family, friends and strangers. The family is especially grateful to the many search and rescue volunteers whose dedication and inspiration brought Jan home, where her family can mourn their loss with greater peace and comfort.
In lieu of flowers, the family asks that you make contributions to Best Friends in Utah Pet Adoption, 2005 South 1100 East, Salt Lake City, UT 84106, [email protected]
Honoring Jan's requests, the family will hold a private memorial to be held at a later date. www.goffmortuary.com
Published by Deseret News on Oct. 21, 2018.
To plant trees in memory, please visit the Sympathy Store.
MEMORIAL EVENTS
To offer your sympathy during this difficult time, you can now have memorial trees planted in a National Forest in memory of your loved one.
Funeral services provided by:
Goff Mortuary
MAKE A DONATION
MEMORIES & CONDOLENCES
Sponsored by Goff Mortuary.
4 Entries
It seem like just yesterday she was here making us laugh and smile. You are still very missed. I haven't talker to your mom in a couple months but I know she misses you dearly.
LaDawn Wilkerson
Friend
October 15, 2021
I'm so sorry for your family's loss. Maxine if there is anything I can do for you please just let me know. As you know I at home all day. I love the friendship I've had with you and Jan. She will be missed.
LaDawn Wilkerson
October 19, 2018
We are very sorry for your family's loss.