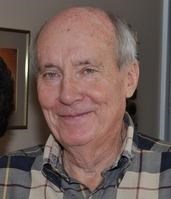 Salt Lake City, UT - Kent L. Russon, 78, resident of Bountiful for 55 years, passed away peacefully on September 18, at St. Mark's Hospital in Salt Lake City, where a superb critical care team worked valiantly, hoping he might recover from a (non-Covid-related) infection. Kent was born in the old Lehi Hospital on February 4, 1943, the fourth and youngest child of Lehi farmers Rulon L. and Margaret Clark Russon. He married Marcia Jane Evans in the Salt Lake Temple on June 20, 1962. He was predeceased by his parents and his sister Donna Russon Woffinden. He is survived by his brothers Nile (Northridge, CA) and Glade (Lehi), by his beloved wife, and by their children, their spouses, and grandchildren: Ryan and Jennifer Adams Russon, parents to Maxwell and Anna (Coral Springs, FL): Melanie and David Mills (Glendale, AZ); and Rob and Marianne Schreiner Russon, parents to Lionel and Eliana (Bountiful).

Kent lived an exemplary life characterized by integrity, kindness, compassion, humor, love for children and animals, and steadfast devotion to family, country, and the Church of Jesus Christ of Latter Day Saints. He discovered his passions early in life. First came his love for woodworking, under the guidance of E.N. Pearson from seventh through 11th grades in the Lehi Jr. and Sr. High Schools. (As an educator, he in-turn inspired countless young people to love woodworking.) Second came his profound love for Marcia, his high-school sweetheart, whom he married when they were both 19. They celebrated their 59th anniversary last June. Kent always made his wife, children, and grandchildren his top priority. He loved them without limits, and his encompassing love extended to nieces and nephews and their families as well.

Kent earned a Bachelor of Science degree in Industrial Education and Drafting at BYU, graduating in 1966, the same year that he took his first teaching position, at South Davis Jr. High in Bountiful, where he taught for half a year before undergoing basic training in the U.S. Army Reserve. He returned to teaching at Centerville Jr. High for 27 years and at Woods Cross High School for 16 years. He retired from 43 years of distinguished teaching of cabinetry and millwork in 2012; however, because of his excellence as an educator, he was invited to continue teaching as a frequent substitute through the spring of this year.

Kent understood and embraced the significance and dignity of physical work. He found his pursuits stimulating and satisfying, and the lives of those who benefited from his output were enhanced enormously. Besides his teaching, he had parallel careers as the designer/creator of countless pieces of custom-made furniture, as a carpenter remodeling many homes and as a contractor building entire homes. He crafted hundreds of beautiful utilitarian/decorative household and personal objects, which he gave to loved ones as Christmas gifts over four decades. In his lifetime, he accomplished the quantity of work of several ordinary people and his creations were invariably of the highest quality.

After being called to active duty for six months in 1991, he attended the USAR School and earned a promotion to E-8 Master Sergeant. He retired from the Army Reserve after 29 years of service and consistently expressed his profound appreciation for our Troops.