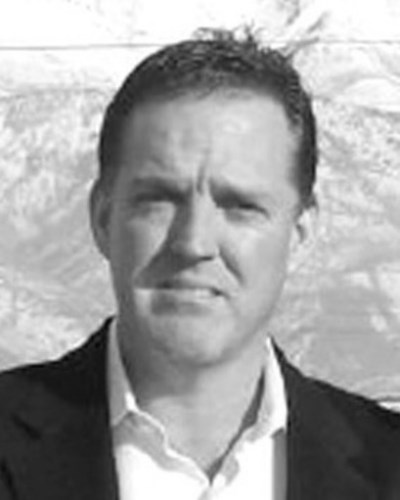 FUNERAL HOME
Olpin Family Mortuary
494 S 300 E
Pleasant Grove, UT
Kyle Dean Sellers
1962 ~ 2013
Kyle Dean Sellers unexpectedly returned home to his Heavenly Father on September 5, 2013, following a tragic accident in his home.
Kyle was born January 27, 1962 to Arlen Glenn and Mary Ann Sellers in Albuquerque New Mexico. He was the second of four brothers. His early years were spent in New Mexico, Colorado and Utah. At the age of 10, his family moved to Clearwater, Florida where he spent the remainder of his childhood.
He attended Brigham Young University where he received his Bachelor's degree in Business Finance in 1986. He interrupted his schooling to serve an LDS mission in Oakland, California.
He married Julie Wells in the Salt Lake City LDS temple in 1983. They had 3 beautiful children, 2 daughters and a son. They were later divorced. He later married Angelique Lukina and they had one son. They were later divorced. Kyle was engaged to marry Elena Mitchell. No date had been set.
Kyle worked commodities trading, real estate and the finance industry.
He enjoyed life and made people smile. He had a very generous heart.
Kyle is survived by his parents Arlen and Mary Ann Sellers; his children Stephanie Lynn Armstrong (Chris), Kristin Nicole Reichert (Joel), Dallin Kyle Sellers and Sean Sellers; his brothers Terry (Melody) Sellers, Kevin (Rochelle) Sellers, and Jared (Littia Sellers); and his 3 grandchildren. His fun approach to life will be dearly missed by his many nieces, nephews and cousins, friends and colleagues.
Funeral Services will be held Saturday, September 14th at the LDS chapel at 1136 W. 700 S. in Pleasant Grove. Viewing will be held from 10:00 - 10:45 AM prior to services at 11:00 AM. Interment will be at the Pleasant Grove Cemetery.
Condolences and messages may be left online at www.olpinmortuary.com
Published by Deseret News on Sep. 12, 2013.
To plant trees in memory, please visit the Sympathy Store.
MEMORIAL EVENTS
To offer your sympathy during this difficult time, you can now have memorial trees planted in a National Forest in memory of your loved one.
Funeral services provided by:
Olpin Family Mortuary
MAKE A DONATION
MEMORIES & CONDOLENCES
17 Entries
RIP Kyle, enjoyed our fun times in Prague together, lots of laughs golfing with the Cuban cigars:)
chris gollnick
September 30, 2013
he is a great friend great person and I will miss him
terry labarge
September 23, 2013
We have just learned of Kyle's passing. We knew Kyle when he was our oldest son, David's YM's president in the Dunedin Ward. We pray for comfort and peace for the entire Sellers family.
Bill and Kathy Tipton
September 22, 2013
I was so sorry to hear of the untimely passing of Kyle - I remember your family with such fond memories, and wish you peace and comfort at this difficult time, with a certain knowledge that Kyle has returned to a loving heavenly father and he will be watching over his family from the other side of the veil.
Cyndi Wade Hoagland
September 14, 2013
We meet Kyle 2 years ago and he was a great and fun addition to our little group of friends , we all loved him very much and will miss hip deeply.
Peter and Olga Matviyenko
September 14, 2013
My heart is heavy with sadness for each of you. Please accept my deepest condolences.
Sandi Roe Mendes
September 14, 2013
Such sad news. May Kyle's family find peace and comfort in wonderful memories. Our thoughts & prayers are with you.
Gary & Karen Lipsey
September 13, 2013
Kyle was a great member of our youth group in Florida back in the early 80s. He was a great guy who came from a great family.
Ken Bingham
September 12, 2013
We are so sad at the loss of your son, brother, dad, grandfather, uncle, and friend. Kyle will be missed by so many. We have such fond memories of Kyle and the entire Sellers family in Florida. Our thoughts and prayers go out to each of you and pray for comfort during this very difficult time. Love to you all.
Beverly & John Bertalan
September 12, 2013
Dear Sharon and Malcolm, Please accept our condolences. Sharon, do you remember when you and Malcolm came to Price? You had just had the youngest son. Your family has our love and our prayers.
September 12, 2013
Our thoughts and prayers go to his children and family. May God keep His loving arms around each of you.
The Mabey Family
September 12, 2013
Our Sympathies and prayers to Kyle's family.We knew him many years ago in church and he was such a fine young man.
Betty and Bob Harrison
September 12, 2013
My son, Aaron, credits Kyle for getting him on a mission. We are forever grateful for his work with the Young Men.
Bob and Pam Fergusson
September 12, 2013
You are all in our prayers, may God Bless and comfort the family.
Henry and Marie canady
September 12, 2013
Kyle was a great friend and like a brother you could always count on him to make you laugh I will miss him dearly he was my best friend and life will never be the same without him my condolence's go out to his family and friends I was looking forward to seeing him in November Take care buddy love always your crazy Cuban friend Mikey Mike.
Mike Silva
September 12, 2013
Kyle,
I already miss you, I am so sorry we lost touch. You were such a fun guy to be around and there wasn't anything you wouldn't do for someone else. You were a great friend to me and I will always have a place in my heart for you. I know you are in a better place now and I hope you are smiling:) With Love, Christy Reid
Christy Reid
September 12, 2013
Dear Family and Friends of Kyle's,

Our most sincere condolences on the passing of Kyle. Peter, myself, and our daughter loved Kyle. He was a wonderful friend and business partner, made us all laugh on numerous occasions.We were so sorry to hear of this news and our hearts go out to family and to Elena. It was a privelage to know Kyle. It is comforting to know he is in a good place watching over loved ones.