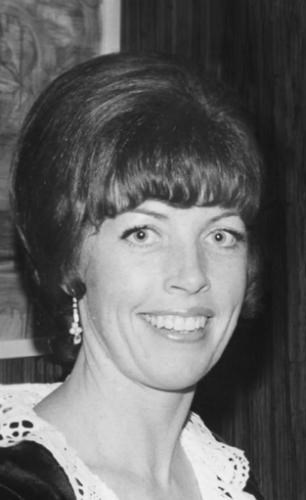 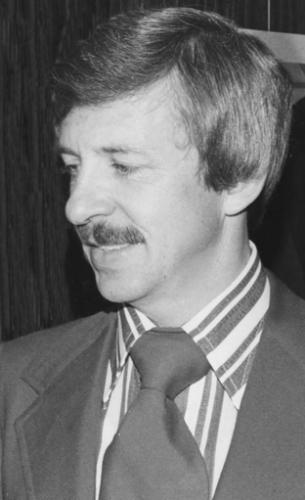 To plant trees in memory, please visit our Sympathy Store.
Published by Deseret News on Nov. 17, 2013.
MEMORIAL EVENTS
No memorial events are currently scheduled.
To offer your sympathy during this difficult time, you can now have memorial trees planted in a National Forest in memory of your loved one.
MAKE A DONATION
MEMORIES & CONDOLENCES
29 Entries
I worked for Larry at Grand Central for several years. He was such a great person. I had total respect for him and for his ability to work with people - and for his unfaltering love and devotion for Tess. We lost 2 wonderful people.
Carol Peterson
November 26, 2013
Larry and Tess epitomized lives well lived, having made this world a better place through their example, friendship, care and compassion
Ron Butler
November 21, 2013
Dear Larry, Callie & family:

Please know our thoughts and prayers are with all of you at this time of great loss. We were privileged to know your parents in Elgin, IL, and always appreciated our interactions with them.

Your mother's talents were a wonderful combination with those of your father, who we had more frequent interaction with. I personally appreciated the leadership and interactions with your father at Lee Wards. He was ALWAYS a gentleman and a gentle man, even in challenging business situations, and led as much by example as by word. He stood out from other business leaders I have known, as one who always had the bearing and aura of a humble leader--one you could trust to follow with no hidden agenda. Despite his heavy workload, he took time for the small things, such as leaving a brief note on my desk about a small success. His time reaching out to interact with individual employees was a true hallmark of his business leadership, and even more a reflection of the person he was outside of a business setting.

While both of them will be greatly missed, the memories they created will continue on as their combined legacy.

Our thoughts are with each of you.
Charleen & Eric Doman
November 20, 2013
I worked at LeeWards and knew Larry. He was always kind and helpful to everyone. May him and his wife rest in peace. Thoughts and prayer to the families.
November 20, 2013
Debra, Jill & Larry Jr., my thoughts and prayers are with you at this very sad time. I was your Dad's secretary from 1973 until he left for Lee Ward. He is someone I admired so very much. I have worked for a few and your Dad is the only one that if your Mother called, NO MATTER what he was doing, he took her call. They will be greatly missed. God bless you all.
Clara Lee (Frew) Benson
November 19, 2013
I have heard many wonderful stories about Larry and how kind and gentle he was and how he always put eveyone else first. The bond him and my mother shared was very special. My thoughts and prayers go out to Larry and Tess and their families at this difficult time. Scott Leslie Martin, youngest son of Sandra Kunz Martin, grandson of Leslie Kunz.
Scott Martin
November 19, 2013
Larry & Callie, We are so sorry for your loss. You are in our thoughts and prayers. We love you. Gene & Laura Pranger
Laura Pranger
November 19, 2013
In a world where people change spouses as easily as a new pair of shoes, how wonderful to read an obituary of two such devoted and amazing spouses.
I remember them as young and vibrant as classmates, but had no idea of their outstanding lives.
It must be some comfort, that they are still together, although it is twice as difficult for the family who love them.
Blessings to the family.
Janell Dunn/Nichols
November 19, 2013
I visited with Tess in July regarding our 60 year class reunion. It was fun to reminisce and recall fun and common bonds that held us together. Larry was in my Sunday School class in 2nd ward in Montpelier and was loved by all who knew him. Both of them were extremely bright and talented. My love and sympathy is extended to their families as I'm sure are also extended by the many members of our class of '53 who have contacted me this past few days.
Winnie Mae Wright Freeman
November 19, 2013
Jill and family we are so sorry to hear of your loss. You are in our thoughts and prayers.
Susan & Kevin Potter
November 18, 2013 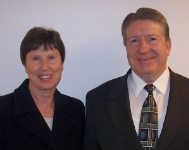 Larry & Tess are the grandparents of our daughter-in-law. But, by the way they treated us, you would have thought they were our parents or best friends. Their love and concern for us was sincere and deeply appreciated. We always enjoyed and were inspired by our visits with them. We will sorely miss them.
Doug & Jennette Nielsen
November 18, 2013
We feel fortunate to have known Larry and Tess as both mentors and friends. Our sympathy goes out to Debbie, Jill, Larry and their families.
John and Suzy McKeever
November 18, 2013
All our thoughts and prayers are with Jill and the entire family.
Jerry Pena
November 18, 2013
I was sad to hear of Larry's passing. I worked with him at Grand Central and found him to always be a thoughtful and helpful man. My heart goes out to his family.
Marrdy Baxter-Goehring
November 18, 2013
Jill, I am so sorry to hear about your parents. I know how close you were to them and how much you loved them. I can't even imagine your pain. Please let me do anything I can to help or comfort you and your family.

Love you Jill,
Debbie Morgan
November 18, 2013
How I loved helping Larry and Tess with there computers. I first met them 7 years ago and enjoyed getting to know them in there home. They always were so kind and generous to me asking how I was doing even remembering my kids names. They even remembered me at Christmas and so forth. My life was so richly blessed by seeing them being kind and loving towards each other. I will miss them,
Sincerely with love
Eric Goeller
November 17, 2013
Our thoughts and prayers go out to your entire family at this difficult time and the loss of these two wonderful people. I always so admired and appreciated Larry and Tess as I grew up in the old Holladay 16th ward. They were so loved and appreciated by everyone.
Cory and Deanna Wall
November 17, 2013
Larry was a friend, mentor and fellow director with me. I will never forget him and his wise words and his stories of his times with Tess. May they both rest in peace.
Ted Mullett
November 17, 2013
It is so sad to hear of Larry and Tess's passing. I consider Larry a true friend and mentor. There were wonderful experiences with Grand Central that will never be forgotten. He took me under his wing and taught me true, honest principles. May God truly bless them.
Jim Oliver
November 17, 2013
Debbie and Scott,
Our love and support to both of you in this difficult time. May the Lord bring peace to your souls.
Dallas and Lois Beckstead
November 17, 2013
What a beautiful tribute. Their accomplishments and love story leave much to be desired in one's own life. I am so sorry for your loss. May God help you to feel whole and move forward with the knowledge of their eternal happiness. God bless.
November 17, 2013
Jill my heart goes out to you and your family. If you need anything at all, even a shoulder, please know I am there for you as you have always been there for me. My thoughts and prayers are with you my dear friend.
Cheryl Burton
November 17, 2013
I first met Larry in 1960 when I began working at Grand Central Stores. Throughout my career at Grand Central, Larry on more than one occasion helped me through some difficult times. I was also fortunate enough to go to LeeWards with him in 1977. His loss will be with me for some time.
Steven Anderson
November 17, 2013 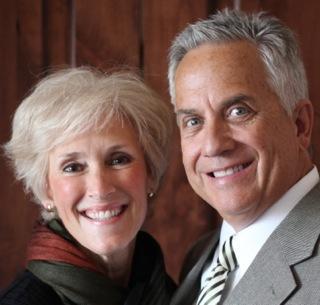 Larry was a great mentor to me at LeeWards, Grand Central, and Fred Meyer. I learned so much from him about leadership and true compassionate Customer service. I saw his quiet, gentle, kind wise leadership time and again in the most trying and difficult situations. Larry was a great leader and a true gentleman. He was always thanking those who worked so hard. He understood people and he knew what made them tick because he made the effort to know them as people--their hopes and dreams and their families. And Tess was a kind sweet angel. She was so good to us in Elgin when our twins were born when we were so alone and needed help. Larry and I communicated just three weeks ago and he seemed his same ol' self; I'm so sorry I didn't know about any problems. May Father in Heaven bless the family in this hard time as you miss them. Gordon & Sandy Wilson
Gordon & Sandy Wilson
November 17, 2013
Debbie, Jill and Scott: I'm so sorry for your terrible loss and send huge hugs to you all.
Mary Amanda Fairchild
November 17, 2013
Thinking and praying for your family. It is so hard to lose those we love so much. May God bless all of you during this hard time.
Brenda Peterson Turnbow
November 17, 2013
A sad day for the family and for those who knew Larry and Tess. An absolutely wonderful couple. I knew Tess but not well, Larry was primarily a business associate while he was at GC. Larry was a straight shooter, a very, very smart man, great merchandiser and all around regular guy. Thanks Larry for all of the help and guidance that you gave me.
Ken Mears
November 17, 2013
I worked at Lee Wards and always remembered Larry to be a bright motivating leader who inspired loyalty and rewarded the same. I am saddened by his loss and that of his lovely wife.
Jack Martin
November 17, 2013
That Larry "...chose her always over everything else, staying right by her in the worst of times as well as the best of times [and] It was ever thus to the very end" says it all in a very tender and beautiful way. My thoughts and prayers are with you, Tess and Larry's family, at this difficult time that your hearts and souls may be blessed with peace and comfort. With love and best wishes, Paul-Anthon Nielson, Erlenbach im Simmental, Switzerland (son of Lula Kunz Nielson, the youngest sister of Larry's grandfather, William J. Kunz)
Paul-Anthon Nielson
November 17, 2013
Showing 1 - 29 of 29 results