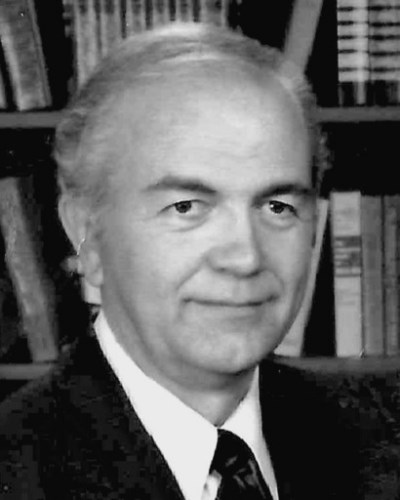 FUNERAL HOME
Wheeler Mortuary / Springville - Springville
211 East 200 South
Springville, UT
1934 ~ 2013
After a life filled with love, joy, and many miracles, Leon Warren Woodfield returned to his loving Heavenly Father on October 2, 2013.
Leon was born on January 13, 1934 in Ogden, Utah to Ray Weldon and Vera Jane Campbell Woodfield. He had three brothers and one sister: Norman, Keith, Arlo, and Mary Lou. He was raised in North Ogden where he learned the importance of family and hard work as the family worked together herding cows, riding horses, and harvesting crops. Leon's love of horses, dogs, and a "well-groomed field" continued throughout his life.
Leon met the love of his life, Janet Cragun, on the first day of 1st grade. The childhood crush turned into a true love that was solemnized when they were married in the Salt Lake LDS Temple on September 10, 1953. Leon always considered Janet his greatest blessing and loved her with all of his heart. They recently celebrated their 60th wedding anniversary.
Leon put his family first and foremost. He showered much love and attention on his five children and their spouses: Janalee and Steven Hallmark, Heidi and Bill Woahn, Melia and Steve Fidel, Craig and Marilee Whiting Woodfield, and Chris and Lesley Ponder Woodfield, 22 grandchildren, and 10 great grandchildren.
Education played a vital role in Leon's life. He received an associate degree from Weber College, Bachelor of Science and Master of Business Administration degrees from the University of Utah, and a Doctor of Business Administration from Michigan State University. Leon worked as a certified public accountant at the Arthur Young Accounting Firm in Los Angeles. He then taught as a professor in the Accounting Department at Brigham Young University for 40 years, where he served as department chair and received various awards and recognitions. Leon is esteemed by his colleagues and loved by his students to this day. He considered himself blessed to have a job that he loved.
Leon had an unwavering testimony of our Savior. His life is his witness. Leon served The Church of Jesus Christ of Latter-day Saints as a bishop, high councilor, councilor in a stake presidency, teacher, temple worker, and dedicated home teacher. He and Janet served as full-time missionaries in Oklahoma.
Leon was an avid fan of BYU and the U of U (except when their teams played each other). He enjoyed worldwide travels with his wife and family, maintaining his beautiful yard, and time with family and friends at the Fairview cabin. He would beam with pride as he attended his grandchildren's sporting, school, and performing events. Leon had a deep respect for his ancestors and loved to share their stories. He was a member of the Sons of Utah Pioneers and active in community affairs.
Leon understood what was important in life: he loved his wife, nurtured his children, and played with his grandchildren. As his family, our hearts are broken because we will miss his gentle, wise influence, yet we rejoice because we were able to know and love this humble, great man. We take comfort in the fact that he always told each of us he loved us, that we were his "favorite," and that we all look just like him! He said he was "a man of adequate ability," but we know better: we are what we are as a family because of Daddy.
Leon endured his years of declining health with dignity and patience. He always tried to be cheerful, helpful, and loving to those around him. We thank friends and neighbors, the Springville 3rd Ward, medical staffs, DaVita Dialysis and iCare for their loving service to Leon and his family.
A celebration of Leon's life will be held on Monday, October 7 at 11:00 a.m. at the Springville 3rd Ward LDS chapel, 355 E. Center Street, Springville, Utah. Well-wishers may greet the family on Sunday evening, October 6, from 6:00 to 8:00 p.m. at Wheeler Mortuary, 211 E. 200 South, in Springville and before the service from 9:30 a.m. to 10:30 a.m. on Monday at the church. A graveside service will be held at the Ben Lomond Cemetery, 526 E. 2850 North, North Ogden, Utah at 5:00 p.m. that evening.
Published by Deseret News from Oct. 5 to Oct. 6, 2013.
To plant trees in memory, please visit the Sympathy Store.
MEMORIAL EVENTS
To offer your sympathy during this difficult time, you can now have memorial trees planted in a National Forest in memory of your loved one.
Funeral services provided by:
Wheeler Mortuary / Springville - Springville
MAKE A DONATION
MEMORIES & CONDOLENCES
4 Entries
Professor Woodfield was a wonderful faculty member in the Marriott School of Management. He always had a smile and a wry sense of humor. He was ever a popular professor and someone you always wanted on a committee. He was smart, kind, generous, thoughtful, and faithful. I doubt he had an enemy in the world. He was beloved by faculty and students alike. I'm pleased to call him my friend. Sorry we're so far away.
Ned and Claralyn Hill, Bucharest, Romania
October 9, 2013
I took accounting 303 from professor Woodfield. I am now a CPA, and appreciate his contributions, teaching and nurturing,to my education.
Jeff Ott
October 8, 2013
You were an amazing Grandpa to my daughter in law! She talked of you often and one could feel the love she had for you! May your family feel the peace and love knowing that your journey here on earth was a good one!
Mindy Wilson
October 5, 2013
Professor Woodfield was one of my favorite teachers at BYU. What an excellent man.
Todd Richardson
October 5, 2013
Showing 1 - 4 of 4 results