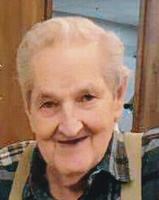 On September 12, 2021 our father and grandfather, and mentor to all, returned to his Heavenly Father on his 64 Wedding Anniversary at the age of 90. Lynn was born February 11, 1931, in Hyrum, Utah to Emmett Joseph and Delomb Fish Savage, he was the second youngest of his six sisters, all of them have left this earth.

Born a selfless, hardworking provider for his family, he started doing chores on the farm as soon as he could walk, a true legend and generous person, with never a bad word to say, a classic quiet farmer that was not much for words, but when he did have something to say, he was wise, and it came out like a fog horn. As a lifelong member of the Church of Jesus Christ of Latter-day Saints he served as a missionary in New Zealand as a young man for two and half years. Volunteering with an honorable servitude was a theme throughout his entire life. When he returned from his mission he went straight on to serve as a construction foreman for the United States Army during the Korean War earning the rank of Corporal during his deployment. After completing his call to service in both church and army, he came home to attend Utah State University where he met his lifetime partner and our mother DeAnn Butters. The handsome couple were married and sealed in the Logan Temple on Sept 12, 1957, allowing only 4 years apart after DeAnn died one month before their 60th anniversary celebration.

After marriage and receiving his teaching degree from Utah State, they bought their home in Sandy, Utah where they built their lives and established a community for their family to be raised. As a couple they were always loved and had many friends that they would vacation with, and together they created priceless memories at Lake Powell and Bear Lake. They were places where the family always found solitude and laughter and still do to this day. A hard working couple, DeAnn worked as a nurse and Lynn went on to teach drafting, auto shop and wood shop at Murray High School for 33 years. He was a beloved teacher that his students, now elderly themselves, when seeing him in pubic would stop and say "Hi" to 'Sav' and tell him how much he was their favorite teacher.

One of his greatest joys besides his family was serving at the Jordan River Temple and then the Draper Temple in the baptistry. He did so for over 16 years, he loved seeing the youthful members of the church going up to serve in the same way he did. Never out for praise and recognition, just quiet servitude is what he excelled at always.

Now back together with his wife DeAnn and his daughter Margie Ann, his six sisters, his mom who died when he was 25, and his father Emmett. He will be sorely missed but we are all happy for undoubtedly a joyful reunion.

Dad came into the world with humble beginnings, but for those he leaves behind and whose lives he has touched, he returns to his heavenly father leaving a cherished and honorable legacy that will echo throughout his patriarchy. He leaves one less good man on this earth, but helped to mold countless on his way out.

Online condolences may be shared at www.jenkins-soffe.com