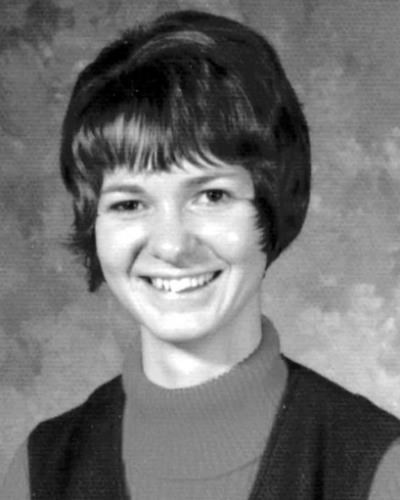 BORN
1949
DIED
2018
1949 ~ 2018
Paula Sue Havens Smith, born July 1, 1949 in Salt Lake City to Dick and Sue Havens passed away on Saturday, Feb. 17, 2018 at the Shock -Trauma ICU at IMC after a valiant struggle to fight off several fast-moving infections. Thank you to Sandy Fire Paramedics, Alta View Emergency Room team, Life Flight ground transportation crew and the ICU team for their heroic efforts to save her. Paula grew up on Downington Ave. where she met her first true lifelong amiga, Martha Manzano. She graduated from Hillcrest High in 1967. While there she acquired a "gang' of lifelong sisters, Nola B, Pam, Fran, Kathy, Dixie, Mary, Darl and Linda. Also during this time her dad "adopted" from his work Bill Nissen as and older brother for Paula and her sister Carolyn. Soon they added Bill's wife Sue who instantly was as close as any sister could be. Paula also had a special friendship with Marie Hook, a friend of her mom. Griz and Tawna Robinson and their family became close friends through Paula's son Andrew and the Boy Scouts. They rekindled Paula's love of live theater. They met for the past 20 years in Cedar City to enjoy the Shakespearean Festival. Paula was happily married to Curtis for over 45 years. She was a member of Hilltop United Methodist Church. Paula endured her lifelong series of severe health challenges with quiet dignity. She never let anyone know or see the constant pain she lived with because of others who lived with greater challenges. She regarded her illnesses as unique opportunities to share her talents and gifts in new ways. She always had a smile and kind words for everyone she met. She taught for 5 years at Robert Frost and Rolling Meadows until her Arthritis forced her to retire. She then became a stay at home mom for their two children, Gheeta and Andrew. She volunteered and taught self-help classes for the Arthritis Foundation. She helped at her children's schools. She was obsessed with pigs and lighthouses and created many beautiful hand painted wooden craft items. Paula and Curt spent many happy hours in her flower gardens which she had planted so that something different was emerging every week or so. She especially enjoyed her weekly Wednesday morning women's Bible study classes at Southeast Christian Church. Paula was preceded in death by her parents and most recently by her sister-in-law Teresa Foster who died due to the insidious ravages of Alzheimer's. Also preceded in death by her first granddog, Rocky for whom she would "accidently" drop food at meal time. She is survived by her husband Curtis and their children Gheeta and Andrew, her sister Carolyn (Robert), her sister's children Elizabeth (Pete) and Bill. Robert was a great comfort to Curt and Andrew in the final hours before Paula passed. Paula "Aunt P" had a special relationship with "Beezle" and "Little Bill". Paula is also missed by her current granddog Austin who could always find the most inopportune times to lick her face until she cried laughing. Paula supported many charities. Instead of flowers, with sincere apologies to her close-as-family dear friends, Bob and Debbie Davies and their floral business where Paula spent many happy holidays helping out, we'd invite you to make a donation to a charity of your choice in her honor. Paula was and organ donor, but due to cancer, radiation and chemo treatments several years ago, all she could donate were her eyes for medical research at the Moran Eye Center. In accordance with her wishes, Paula was cremated. Her family will host a memorial service at Hilltop United Methodist Church, 10600 South 1000 East in Sandy on March 10, 2018 beginning at 1:00pm. Casual dress.
Published by Deseret News from Mar. 4 to Mar. 6, 2018.
To plant trees in memory, please visit the Sympathy Store.
MEMORIAL EVENTS
Mar
10
Memorial service
1:00p.m.
Hilltop United Methodist Church
10600 South 1000 East, Sandy, UT
MAKE A DONATION
Please consider a donation as requested by the family.
MEMORIES & CONDOLENCES
5 Entries
Dear Curt,
My sincere sympathy at the passing of your dear wife. Paula brightened my day every time I saw her. She was sincere and kindly listened to everyone she spoke with. I learned so much from Paula and the way she lived her life. Though she suffered many health challenges she never complained and always reached out to others. She truly was an angel among us.
Debi Tuttle
March 6, 2018
Anonymous
March 6, 2018
Dear Smith family, My heart aches for you over the loss of such a beautiful part of your family. May God wrap you all in His warmth, love and grace. Thinking of you and keeping you in my prayers.With love,Heather Munson
Heather Munson
March 5, 2018
Our condolences go out to you ps. 38. 8, 9.
V.
March 5, 2018
Dear Curtis, Gheeta & Andrew, We just wanted to let you know that our hearts are with you at this difficult time. We enjoyed having you as neighbors and will always remember Paula for her kindness and friendship. We are so sorry for your loss. I'm sure you have many memories of your time together that will give you some comfort. Sincerely, John & Linda Allred
Linda Allred
March 4, 2018
Showing 1 - 5 of 5 results